Danielle Belen, associate professor of violin at the University of Michigan School of Music, Theatre & Dance

Philip Setzer, founding member of the Emerson String Quartet, professor of violin and chamber music at Stony Brook University, and visiting faculty at the Cleveland Institute of Music 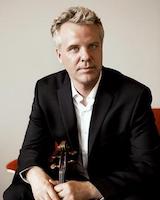 Icelandic violinist Sibbi Bernhardsson joined the Oberlin Conservatory faculty in 2017 after performing for the previous 17 years with the Pacifica Quartet, with which he won a Grammy Award for Best Chamber Music Performance, Musical America Ensemble of the Year honors, and the Avery Fisher Career Grant.

As a member of the Pacifica Quartet, Bernhardsson appeared in more than 90 concerts worldwide each year, including engagements in Wigmore Hall (London), the Vienna Konzerthaus, Concertgebouw (Amsterdam), Suntory Hall (Tokyo), Alice Tully Hall and Carnegie Hall (New York), and other major venues. He has performed at the Edinburgh Festival, Ravinia, Music@Menlo, and the Reykjavík Arts Festival, and has collaborated with Menahem Pressler, Yo-Yo Ma, Jörg Widmann, Lynn Harrell, Leon Fleisher, the Emerson String Quartet, Johannes Moser, and members of the Guarneri and Cleveland quartets. His television appearances include The Tonight Show, Saturday Night Live, and the MTV Europe Music Awards with Icelandic artist Björk. He appears on 16 recordings with the Pacifica Quartet and has recorded the violin music of Þorkell Sigurbjörnsson and the sonatas for violin and piano by Franz Schubert.

Bernhardsson serves as director of the Cooper International Violin Competition at Oberlin and as artistic director of Iceland’s Harpa International Music Academy. He gives regular concerts and master classes in the United States, Europe, and Asia, and has appeared as a soloist with the Iceland Symphony Orchestra, the Reykjavík Chamber Orchestra, CityMusic Cleveland, and other ensembles.

Bernhardsson is a 1995 graduate of Oberlin Conservatory. His teachers include Guðný Guðmundsdóttir, Almita and Roland Vamos, Mathias Tacke, and Shmuel Ashkenasi. He previously served on the faculty of the Jacobs School of Music at Indiana University. 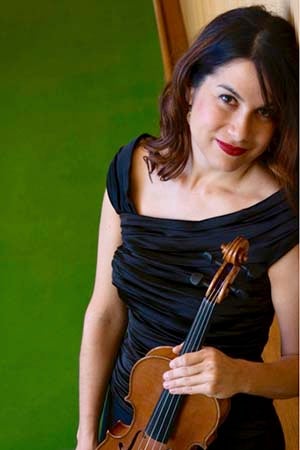 Danielle Belen, violin faculty at the University of Michigan School of Music, Theatre and Dance, has appeared as soloist with major symphonies across the United States including the Atlanta, Pittsburgh, and San Francisco symphonies and The Cleveland Orchestra. She released her debut recording of works by living composer Lawrence Dillon on Naxos in 2009.

Belen is a graduate of the USC Thornton School of Music and the Colburn Conservatory in Los Angeles and she is a winner of the 2008 Sphinx Competition and the 2014 Sphinx Medal of Excellence. 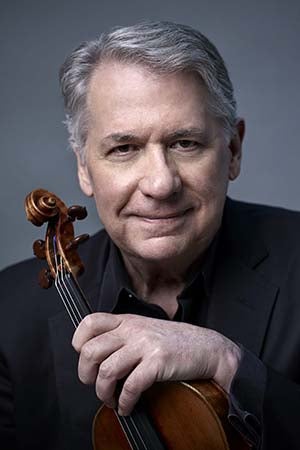 Violinist Philip Setzer is a founding member of the Emerson String Quartet and a piano trio collaborator with cellist David Finckel and pianist Wu Han.

He serves as distinguished professor of violin and chamber music at State University of New York at Stony Brook and is visiting faculty at the Cleveland Institute of Music. He is also the Director of the Shouse Institute, the teaching division of the Great Lakes Chamber Music Festival in Detroit. Setzer has given master classes at schools around the world, including the Curtis Institute, London's Royal Academy of Music, the San Francisco Conservatory of Music, UCLA, and the Mannes School of Music. Setzer has also been a regular faculty member of the Isaac Stern Chamber Music Workshops at Carnegie Hall and the Jerusalem Music Center, and his article about those workshops appeared in The New York Times on the occasion of Isaac Stern's 80th birthday celebration.

Born in Cleveland, Setzer began studying violin at the age of five with his parents, both former violinists in the Cleveland Orchestra. He continued his studies with Josef Gingold and Rafael Druian, and later at the Juilliard School with Oscar Shumsky. In 1967, Setzer won second prize at the Marjorie Merriweather Post Competition in Washington, DC, and in 1976 he won Bronze at the Queen Elisabeth International Competition in Brussels.

Setzer has appeared with the National Symphony, Aspen Chamber Symphony, Memphis Symphony, and the Omaha, Anchorage, New Mexico, and Puerto Rico symphonies. He has appeared on several occasions with the Cleveland Orchestra. A versatile musician with innovative vision and dedication to keep the art form of the string quartet alive and relevant, Setzer is the mastermind behind the Emerson’s two highly praised collaborative theater productions: The Noise of Time, which premiered at Lincoln Center in 2001 and was directed by Simon McBurney, is a multi-media production about the life of Shostakovich; in 2016, Setzer teamed up with writer-director James Glossman and co-created the Emerson’s latest music/theater project, Shostakovich and the Black Monk: A Russian Fantasy. 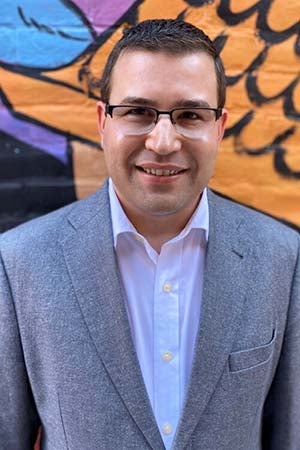 John Zion serves as the Managing Director of MKI Artists, one of the leading classical music management agencies in the United States where he directs the careers of a prestigious roster of artists, ensembles, and composers. He is also a co-founder of OurConcerts.live that produced and streamed more than 300 concerts during the pandemic and continues to provide access to live music to audiences around the world.

Also an active consultant, John works with artists, administrators, and arts organizations on career development, project management, and digital marketing. John serves on the board of Chamber Music America and has guest lectured and presented on arts-related issues at the Colburn School of Music, University of Michigan, Manhattan School of Music, Banff Centre, APAP|NYC, and Chamber Music America’s National Conference. He was named one of the “Rising Stars in the Performing Arts” by Musical America in 2012 and received a BM in Violin Performance from the Hartt School of Music.