I recently talked to my close friend Emily about her course of study as a Musical Studies and history major and a gender, sexuality, and feminist studies minor. Emily and I first met in the class of 2021 Facebook group, where we quickly decided to be roommates for what turned out to be three years, and soon became dear friends. Emily is such a thoughtful and insightful person, and I thought she would have a lot to say about the Musical Studies major— a somewhat hidden gem of major offerings at Oberlin. In our chat, we talked about finding a path that interests you, the myriad of musical opportunities for college music majors, and how the worst thing anyone can tell you is no. 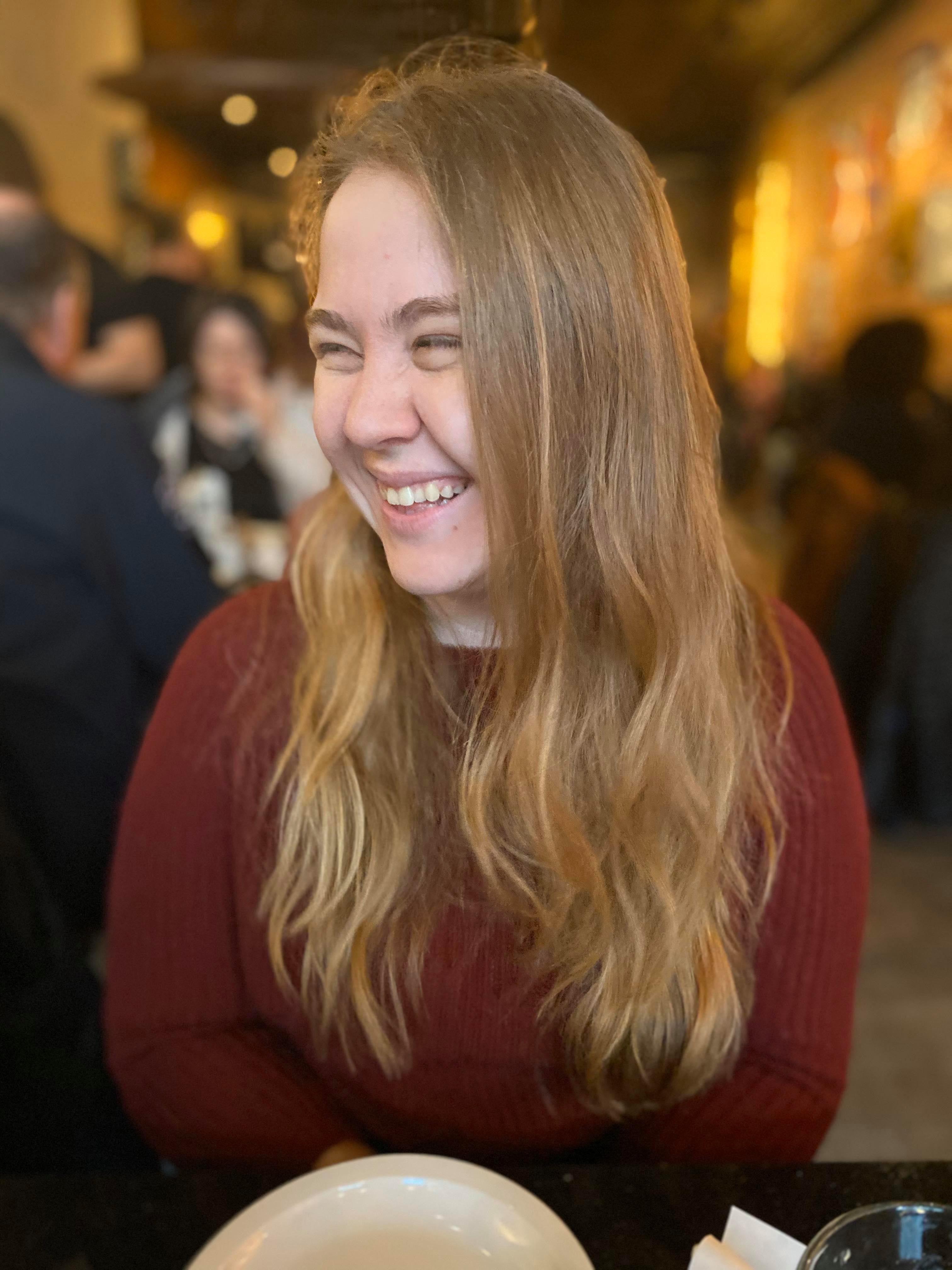 MM: I'm going to ask you about having two different majors. Would you be able to introduce yourself a little bit?

ES: My name is Emily. I use she/her, I'm majoring in Musical Studies and history, and minoring in gender, sexuality, and feminist studies. I'm from the west coast, a small town near Portland, Oregon.

MM: Would you be able to tell me a little bit about doing history with Musical Studies— how did you become a Musical Studies major? Did it have any effect on your application process and considering Oberlin?

ES: I've been playing music my whole life, but I got really into music in high school. I ended up doing a lot of auditions my senior year for music education programs, but Oberlin didn’t have music ed, and I knew I didn't want to be a performance major. I actually applied to be a composition major in the Conservatory— I wasn't really interested in composition, but I had done a little bit in high school so I decided to submit an application because I thought that was the only way I could major in music at the Conservatory. I got into the college— I did not get into the Conservatory, no surprise there. I remember talking to my mom and being like “I can't major in music if I go here,” but I knew I wanted to major in history, too, so I was kind of wrestling with giving up that part of what I wanted to do. Then I found the Musical Studies web page and I emailed my admissions counselor. I got put in contact with a Musical Studies major who answered all my questions and really reassured me that I could major in Musical Studies. It was a bit of a journey to get here and it was a little bit difficult to find the information, but those were some really formative moments.

ES: I always knew I wanted to double major— I knew I had to carefully plan my classes as I went along. But even with all of those requirements, I still got to take some really amazing formative classes that didn't count toward my majors. It was definitely a lot to fit in, but I had some really great professors and learned a lot about not only those subjects, but how to learn in general, and when and how to navigate learning a subject that doesn't come easily to you, like music theory and aural skills. But I, as I'm sure many people who are applying to Oberlin, had a pretty straightforward high school experience and was used to getting pretty good grades. So coming to college and then taking a subject that you're truly bad at— and not in a self-demeaning way, just it's not your talent —that's a really important lesson to learn. Learning to tell yourself “I've done my best. Now I'm going to turn this in and work on it again another day.”

MM: So, within being a Musical Studies major, I guess how exactly does it work? Do you have a specific thing that you focus on? You said you were initially interested in music ed, so do you mostly do pedagogy?

ES: Yeah, so the Musical Studies program has opened up a lot in my four years here. Now you take some core classes, which include music theory I and II and aural skills I and II, and also some foundational history classes. But your electives are very open; any upper-level class in the conservatory can count towards the Musical Studies major, and also some specific college classes that have musical themes can count. For me specifically, I did go in thinking I wanted to do music ed, but after taking a music ed class or two I figured out that wasn't the path I wanted to go down. I became really attracted to ethnomusicology and studying how music forms community and people form community around music. I ended up taking a lot of ethnomusicology classes, and that kind of became my unofficial focus within the Musical Studies major, but I have friends who are focusing on music history or conducting or composition, so you can really go so many different paths within the Musical Studies major.

MM: So outside of classes, what have some of your musical experiences looked like?

ES: I've taken secondary lessons on trombone and piano, both for credit and non-credit— it's a really great program. Outside of lessons, I’ve played in a couple of different ensembles. There’s a new wind ensemble, the Oberlin College Wind Ensemble. And that's been really fun; it's very similar to high school band, but it's a low-commitment, fun way to play music. It’s been put on hold during the pandemic but it will hopefully come back once things are more settled down. Another ensemble that I played in for a year is the Javanese gamelan ensemble, which is run by an ethnomusicology Professor Jennifer Fraser. It's a really great ensemble because it's a totally different notation system and scale system, and a different music style in general. For a brief summary, it's a percussion ensemble from Indonesia, and it was a really great ensemble to engage with during my time here and it counted toward my Musical Studies requirements. I also joined the marching band my first year, and I’ve done it all four years I’ve been here. I became pretty involved with it by the spring of my first year; I was the treasurer, and then by my second year I was the director, so I directed for two years. We play at numerous events on campus, like football games, we have a Halloween event that we play each year, we do a field show, and we march in a town and college wide parade, it’s really great.

MM: Have you found that there's any overlap between being a history major and being a Musical Studies major? Or is it like you have two different things going on?

ES: It feels more like two separate things most of the time, but there are definitely connections with the tools that I use for each discipline. So tools of analyzing written pieces, or how history is conveyed and recorded comes up a lot in both disciplines. There’s not a lot of overlap in my course material, because I mostly focus on early American history, and with ethnomusicology it's pretty modern.

MM: Who would you recommend do the Musical Studies major, and what advice would you give to prospective students considering it?

ES: I would recommend it to a student who does not want to have a performance career, but is still really passionate about some facet of music. This is the perfect major for you. I mean, there's so much room to explore, and all of my Musical Studies classes have taken place in the Conservatory, which means that I've had world-class performers and scholars teach me music theory and music history. That’s a really special thing that Oberlin offers. So if you're interested in music, and you want to have a conservatory- level education without all of the performance aspects, I think this is the major for you. I always describe the Musical Studies major as a liberal arts approach to music. So it's very exploratory, very open. If you’re interested in the more intellectual side of music in addition to listening to and enjoying music, this is definitely the major for you.

MM: And last question, do you have any advice for prospective students?

ES: I think a big thing that I've learned in college is to contact people if you have any questions or if you want something. The worst thing they're going to say is no, and the best thing that's going to happen is you'll get more information out of it. So if you want a spot in a certain class, email the professor and ask. If you're interested in a professor’s field but you don't quite know if that's what you want to pursue, email them and ask for a meeting. Most of the time people will be really flattered that you want to talk to them. So reach out to people, don't be afraid. It's definitely worth it.

MM: Wonderful. Thank you so much for letting me interview you!

Thanks for interviewing me, Megan!