This past Winter Term, I participated in a group project in which I traveled to a circus school in Seattle to do a two-week aerial intensive course. To put it mildly, this was a big change from the other Winter Term projects I’ve done. My first year, I did a historical performance project where I learned how to play the natural horn; my third year I participated in a lecture series on the symphonies and works of Beethoven for the 250th anniversary of his birth, and also participated in an orchestra that put on a concert entirely composed of works by female, transgender, and nonbinary composers; and last year I researched and designed a course on the symphonies of Gustav Mahler, modeled after the lecture series I attended the previous year. All of these projects took place in Oberlin and were centered around music. This year, I joined the circus.

Growing up, I didn’t have a great outlet for being physically active. I didn’t like running, so the enjoyment I got from sports teams was mostly from spending time with my friends, not the sport itself. When the pandemic started, I began exercising more, and found that there are a lot of pleasant ways to stay active that don’t involve running. Aerial arts are something I’ve always been peripherally aware of, and toward the end of my fourth year, with plans to stay in Oberlin over the summer, I thought I’d try it. I found an aerial fitness gym in Cleveland, and would go every now and then over the summer and throughout the fall semester.

When OCircus, Oberlin’s circus club, emailed about the opportunity to do a circus intensive for Winter Term, I was conflicted. I wanted to do the aerial intensive, but going to an unfamiliar city alone for two weeks without my family, friends, or cat did not excite me as much. I’ve also done my three required Winter Term projects, so I didn’t need to do another one. I could have opted to relax for a few weeks before the start of the semester, but in the end, I knew I would probably never have a chance like this again, and I would regret it if I didn’t go.

And I’m very glad I went. For five hours a day, five days a week, I worked in a group of seven people (six of whom were Obies!) doing conditioning, flexibility, and learning four different aerial apparatuses. I love learning new skills, and this intensive was no different; we spent time learning aerial silks, aerial rope, trapeze, and lyra, which all have a unique set of challenges. The two weeks I spent acquainting myself with those apparatuses were simultaneously so enriching and so frustrating. I enjoyed learning technique and gaining an understanding of some basic skills, but I was constantly frustrated by not being able to do certain things. There were countless tricks I learned where I saw it demonstrated, internally understood how to do it, but couldn’t execute it because I wasn’t strong enough. Aerial involves a lot of grip strength and hoisting your entire body weight up, but neither of those were anywhere near the hardest part. My foil for those two weeks were my lower abs— I’m not great with naming specific muscles, but this set of muscles doesn’t get used much for things outside of circus training, so mine weren’t as developed as they needed to be to do some of the skills we were learning with great technique.

Still, I learned so much and had an amazing time. I loved learning from so many different teachers, and hearing about how they got involved with circus and the paths that led them to where they are. I definitely feel like I built a solid foundation— I know what direction to head in to further my skills on my own, and I’m excited that aerial is a part of my life now. Aerial is a different type of artistry than I’m used to practicing, but I really enjoyed learning to express myself in a new way, and transfer some of my music skills to a different art form.

Trying new things is an important part of growing, and I’m so grateful that I got to do that with a wonderful group of Obies. I highly recommend doing at least one Winter Term project on something completely new and unfamiliar— you never know how it might change everything. 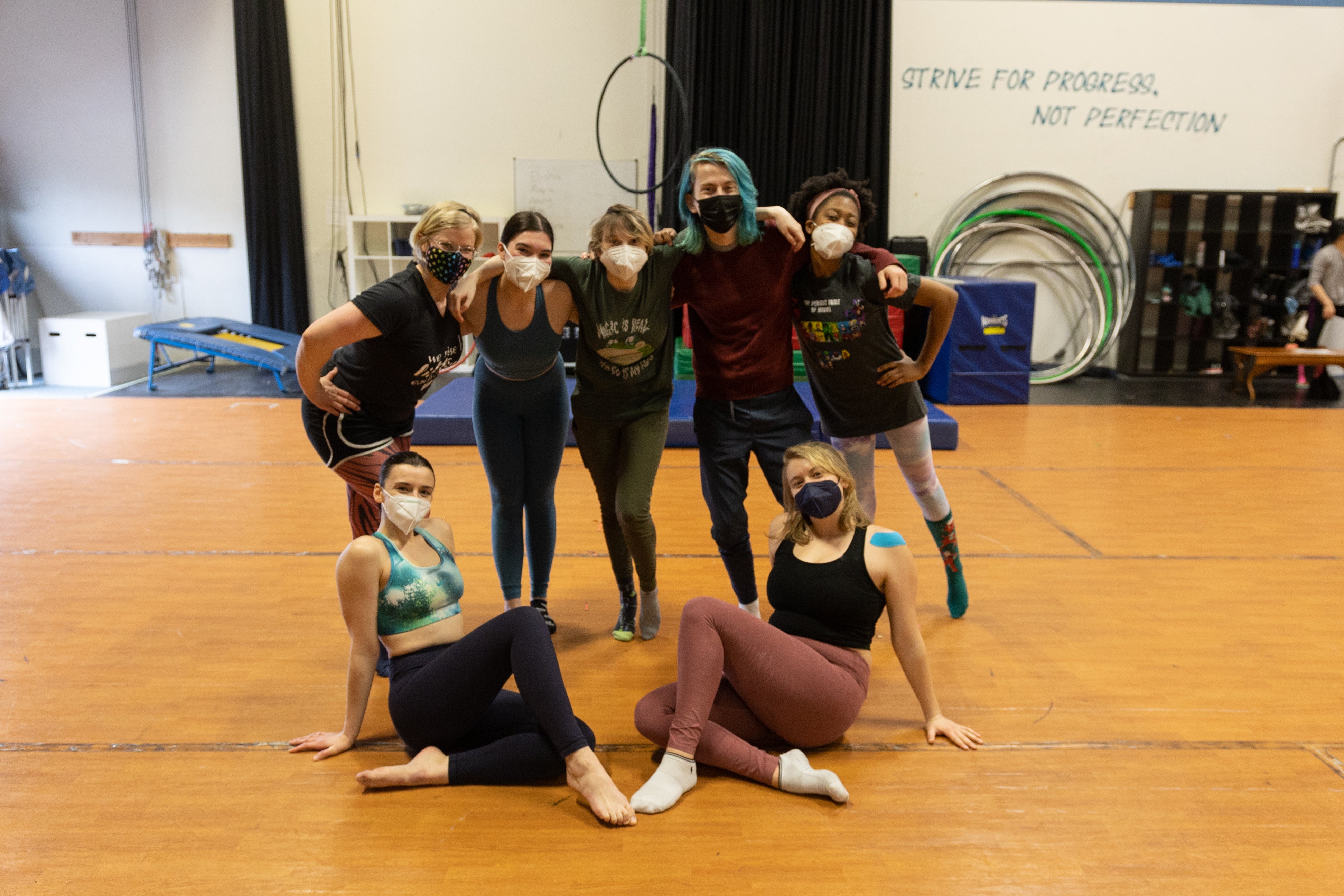