I meant to take some actual photos of the week (actually, more like two weeks and counting) of nonstop feasting that has been going on since leaving Oberlin, which more than made up for my balanced diet of instant noodles, in various flavors, during finals. Unfortunately, my camera decided to commit electronic suicide after I snapped a few photos of the devil housecat (I have the scars to back that up) who is now laid up in two layers of flea collars, and so now I'm in Taiwan for Winter Term, going from shop to shop trying to find the elusive charger to replace the one I lost.

Like I mentioned earlier, I've been in Taiwan for the past week, reveling in 70 degree (Fahrenheit) mildness. The amazing food is rather distracting; I feel like we're constantly going out to eat, and then walking to a place for cake, and then for drinks, and then for the next meal. However, I am supposed to be writing a story, so to that end I've been listening to the older generation's stories about superstitions and various ritual practices that they saw as children. Recently, my aunt told me that on gods' birthdays, people used to go into trances and dance while beating themselves with thorned clubs. The modern version of this, however, is more PG, which is funny; I would have thought a certain changelessness was inherent to being a god (since it's said that the trance is due to the man's body being inhabited temporarily by the birthday god).

I've also been trying to read more, as one of many items on my to-do list. Since it's close to the new year, I suppose you could call them resolutions. (Go get frozen yogurt from H-mart? Check.) Anyway, the last book I finished was Like Water for Chocolate, by Laura Esquivel, and I'm still trying to wrap my head around the title idiom. Explanation, anyone? I suppose I could Google it, but where's the fun in that?

I tend to be overambitious on the resolutions front, and they tend to stay very similar from year to year, which undermines the whole point of this exercise. The abridged list includes not procrastinating (because that's going well), waking up when it's still dark (difficult, because I like to stay up until it's light), and many more things that are not so realistic in the short term (learning twelve languages and breeding an opossum like this one in Germany: 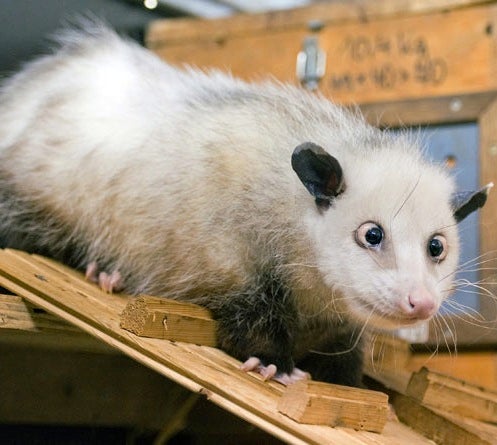 I swear it's not photoshopped, to the best of my knowledge). But with that, happy belated New Year's to everyone! Here, bear witness to my resolution to blog more, with actual pictures next time.