After a blogging hiatus, I've thought about how to condense my last few months into something as 'concise as a lean race-horse' (as one of my English professors told me to be last semester), and I've come to the conclusion that rather than trying, I'll tell you about my weed instead.

It's not what you think - I know, this is Oberlin, but this weed is actually a weed! I got him back in September when I had terrible cravings for a pet. So I bought a cactus. Not exactly a labradoodle puppy, but circumstances reduced me to it. Combined with frequent Ginko Gallery visits, I thought that would keep the longing at bay fairly well. Plus, the cactus looked a bit like a pineapple, which gave it some much needed edible deliciousness connotations. I named him Marcel. It quickly became clear that all was not well with me and Marcel. I had five spikes in my leg by the time I'd hoisted him up to the dorm room. But there was hope! In the corner of Marcel's pot was a tiny little weed. He was one of those weeds that just has a friendly face. We called him Eggboy. It's Eggboi, for short. 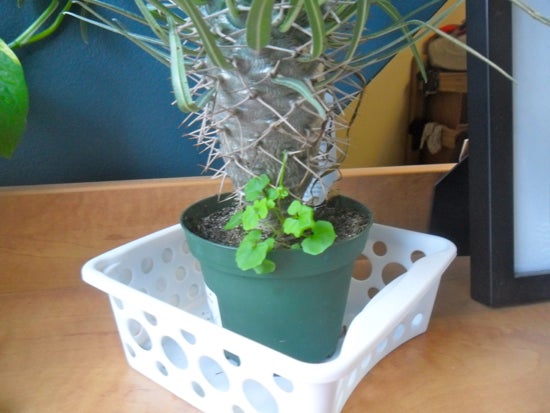 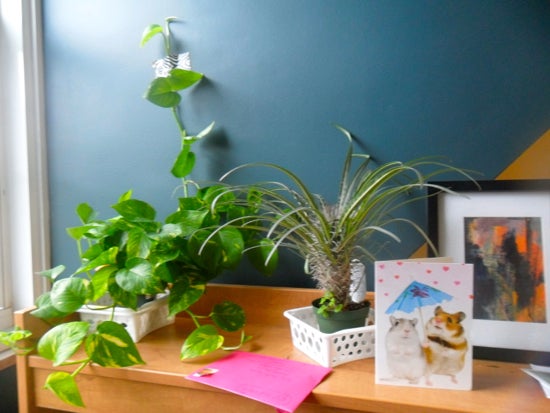 Here he is, with Marcel (right) and Lavinia (left). Yep, that is a gerbil-hamster-cocktail umbrella birthday card. 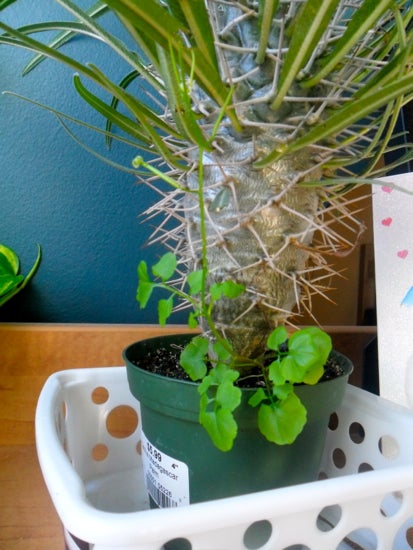 What a swan! Marcel was cramping his style, so a weed relocation was in order. This required me to actually do something verging on gardening. Awful idea. The pot fell straight off my shelf as I reached for it, Marcel went flying and Eggboi landed flat down on the floor with broken roots and serious whiplash. I thought it was the end. I almost cried. But I couldn't just give up. With the help of a small wooden tea-stirrer from Stevie, I coaxed him back into an upright position, in a room of his own! 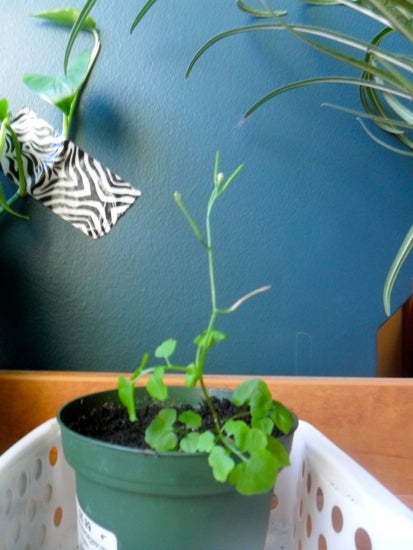 Only time would tell if he'd make it. And here was my answer: 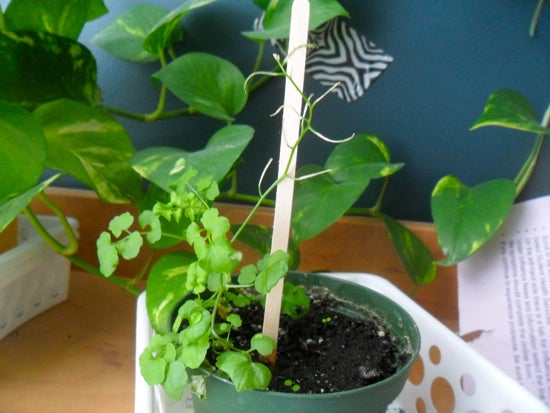 The egglets arrive!! Can you see them? Those tiny green dots. Who knows what they'll be like by the time I get back in February - oh, the excitement is too much!!

Here's to the first official Eggweed breeding program in Ohio, soon to be reintroduction program. I've got just the thing for Tappan Square: a sprinkling of egglets. Dream big, right?

So, if I achieved one thing last semester, it was to discover minutiae - or, at least, I discovered the shifting of the scale of sanity that dorm life results in. Nothing is predictable in Dormcosmos. As the days limp by, I begin to venerate my dried fruit stash, carefully selecting each piece of pineapple from its special shelf (i.e. shrine) next to a pineapple wannabe cactus, when at home I'd desolate the pack in seconds and never buy a plant that drew blood. I obsessively check my alarm clock three times before going to sleep. I grow an insatiable appetite for tomatoes. I stand in first position whilst brushing my teeth. I take full-on dance breaks in between homework to music that would normally make me feel 'as if I'd been beaten up,' as I just heard Benjamin Zephaniah say on Radio 4 after being subjected to his first ever blast of 'One Direction.' Thankfully, I've never stooped that low, but I've come dangerously close...

It is great living so near to friends, and dorms are the only reason I get to class on time, but when I came here, I didn't know how strange it would be to live on a hallway. I only realise it when I come back home, like now, and I can actually sleep and have baths and eat and give people hugs without unlocking doors first, whenever I want, or all at the same time. Those are the not so small minutiae that Eggboy, bless him, can't make up for. So for now, I'll settle for resisting institutionalisation with bookshelf gardening, and remembering that in the other world, I will one day have a puppy instead of a slightly parasitic plant.

P.S. Having rejected 'Life of Pi' as an eight-year-old, under the impression that it was just another let's-make-maths-fun book, I just saw the film. I am now a firm advocate for the introduction of CGI animal rights. Who would it have hurt to save just one orangutan, people? And those warthogs deserved far more screen time. Let's at least hope they got their equity cards out of it.

Marcel has become one of my favorite names because of the video Marcel the Shell with Shoes On. If you haven't seen it, here you go: http://www.youtube.com/watch?v=VF9-sEbqDvU

Have you tried to discover what kind of weed Eggboi is? There will soon be an entire colony, so knowing their name would be good for crowd control, at the very least.

But to more serious things... my biggest adjustment in getting to college was that I could be distracted by conversation at the silliest of times while walking around my dorm. I almost always started one on the way to or from brushing my teeth, in walking to the Hark basement to get a slice of warm bread, walking past someone's propped-open door where they were playing music I liked, or anywhere in between. It's a lovely thing, the constant social interactions, but sometimes the quiet of walking in your own home is missed.

Yeah, any guesses about Eggboi? I've got no clue, would love to know! Maybe he's not a weed at all, but an extremely rare plant? Bathrooms are fun! The best was five of us who all randomly collided (literally, it's a small bathroom) at 2am - the roof slopes quite a lot, so we were all huddled up like four exhausted hunchbacks giggling through toothbrushes! Felt like I was in an Enid Blyton series. That video's so cute - and I have my next dog substitute idea!

The leaves remind me a bit of this ground cover I've seen in the past, so it is a perhaps it is weed, but a controlled one. Is it even a weed if you want it to be there? Not sure.

My guess is that there were a ton of seeds in the potting soil used to pot your cactus, and you might find some other little egglets soon!