This year, I didn't get into a co-op. The co-op system operates by lottery, and I didn't make the cut. I'd been in a co-op, Pyle, for two years straight, where, as a head cook, I'd learned not to underestimate the power of a fully-cooked garbanzo bean and a well-seasoned leaf of kale. So what was I going to do now without a co-op behind me? Where was I going to get my weekly serving of granola? How could I say goodbye to the cinder block-sized bricks of cheese that arrived every Wednesday? Was I going to waste away trying to cook all my meals for myself? 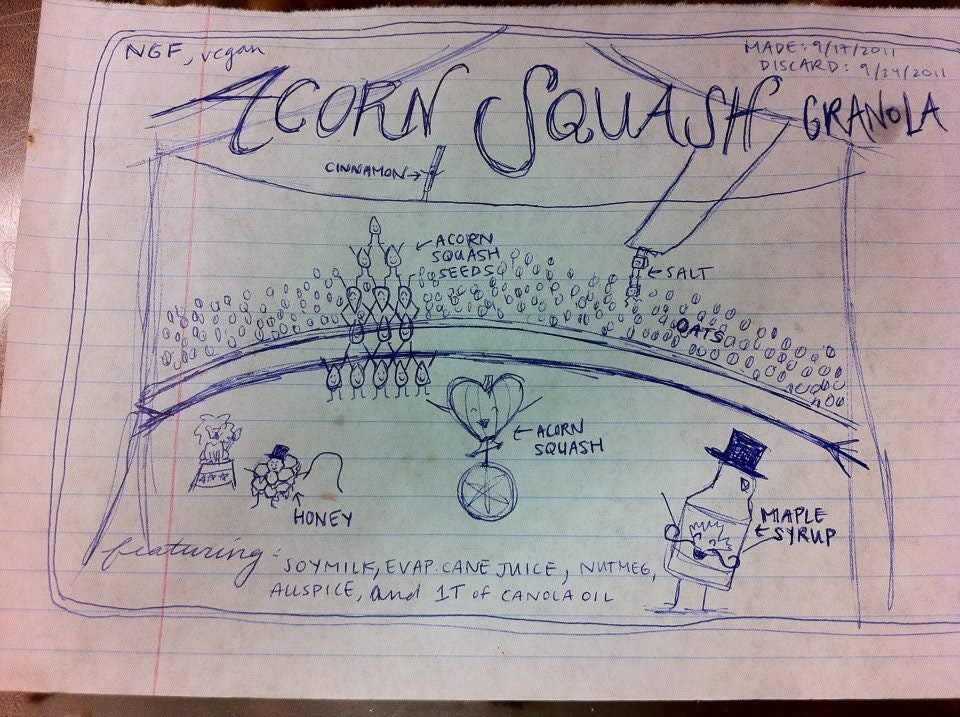 Back when I was in the co-op, Angela would have some tasty granola featuring some sort of weird root vegetable every week. My favorite: turnip granola. You couldn't actually taste the turnips. She was obviously inspired. Photo courtesy of Angela Kwon.

Luckily for me, several of my housemates also didn't get into OSCA, and the ones who did get in had forgotten to turn in their OSCA deposits in the spring and thus forfeited their places in a co-op. So instead of resigning to our fates and making eggs and ramen for every meal independently, we decided to combine our powers and form a faux-op. 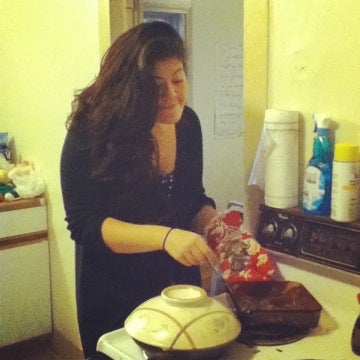 Chloë prepares a rosemary-encrusted pork loin. Crispy on the outside, pink and juicy in the middle. Like a savory watermelon.

There are ten of us total: all five of my housemates: Chloë, Carrie, Jenny, Nattie, Anna, and myself; Kelly, Jacob, and Mary, the three people across the street; and our buddy Laura, whom we picked up off the street. So far it's been smooth sailing: we do dinner five times a week, Sunday through Thursday, with two people cooking per night and two people cleaning per night. It ends up saving us a lot of time, and we also have been eating delicious, varied menus. I have not yet had to eat ramen for dinner EVER so far this year.

I've been cooking with Chloë mostly, and we've made a variety of dishes, ranging from pork loin and ribs to macaroni and cheese and kale salad. Everything has been tasty and fun, especially after Chloë and I take our customary mid-cooking break to split a beer. I think this week we're going to make sushi. 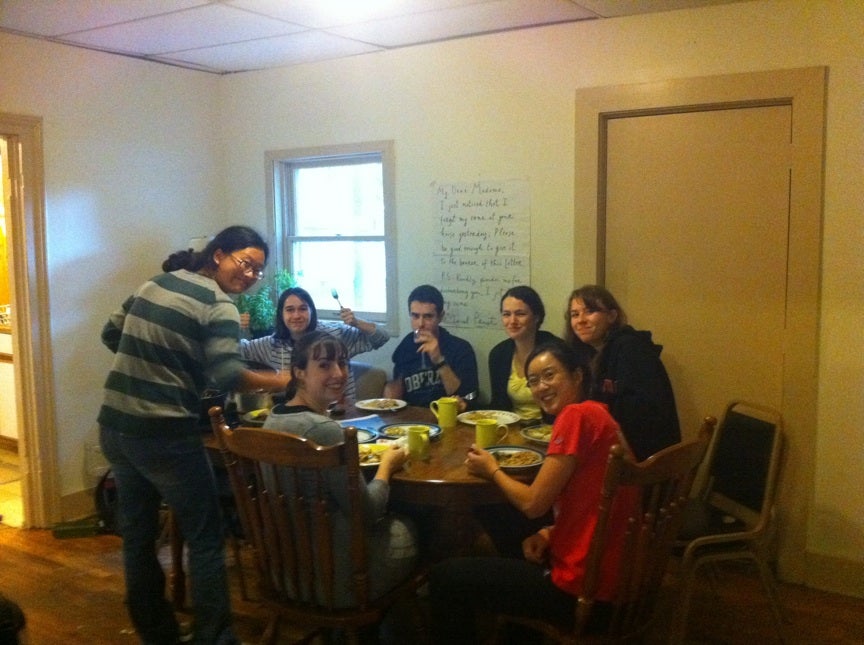 Most of the faux-op gathered around the dinner table. Photo courtesy of Chloë Dalby.

Don't deny it, we look really cute eating dinner together.

Your first paragraph had me clucking in sympathy, but y'all do look awfully cute around the dinner table. Sounds like you've taken everything a co-op is and distilled it to its essence. Enjoy your sushi, too!

Dude, your faux-op is excellent. I'm sort of totally jealous of your savory watermelon.

Also, what is this about all these bloggers living in the same places? I recognize your dining room/kitchen from visiting/dining/cooking with Ida this summer (see that?).