The Senior Concerto Competition is a rite of spring at Oberlin, when four standout musicians in their final years of study perform concertos with orchestras made up of their peers.

Under normal circumstances, the first of this year’s concertos—pianist Liam Kaplan performing Liszt’s Concerto No. 2 in A Major with the Oberlin Orchestra—would have resonated off the rafters of Finney Chapel on Saturday, April 4.

Instead, all four Concerto Competition performances were among the hundreds of scheduled events cleared from the campus schedule in response to the international spread of the novel coronavirus. As students—especially seniors—nationwide wrestle with the sudden loss of their campus support networks, Oberlin’s four concerto winners also sat helpless as a crowning moment in their young careers fell by the wayside.

Although stages will remain dark during spring semester, there is renewed hope that the concerto winners will return to campus to savor their moment in the spotlight this fall.

“It is very sad to see how this crisis took away from us the opportunity to finish off our semester,” Raphael Jiménez, director of Oberlin Orchestras, wrote to the four winners in late March. “Of course, this is especially frustrating for seniors and even more for you, who were expecting to play with the orchestra in Finney Chapel.

“Even though we cannot replicate exactly the conditions of performing with the orchestra during your last semester of school, I don’t want our community to miss the opportunity to hear you play.”

All four students will continue their young careers with graduate school this fall—and all of them intend to step away from their new campus long enough for a return engagement in Oberlin.

“I’m ecstatic at the prospect of returning to Oberlin to perform!” says soprano Caitlin Aloia, who plans to return for a December 11 performance of Britten's Les Illuminations with the Oberlin Orchestra. “I’m so grateful to Oberlin, the students, and the faculty for moving around the performance schedule to accommodate us and honor our commitment to perform our pieces. Coming from grad school, I believe the concert will seem more like a professional gig, and hopefully I can use the next few months to prepare even more fully and demonstrate growth between now and then.”

Following is a complete list of the 2019-20 Concerto Competition winners, with the works they are scheduled to perform and the revised dates for their fall 2020 performances. 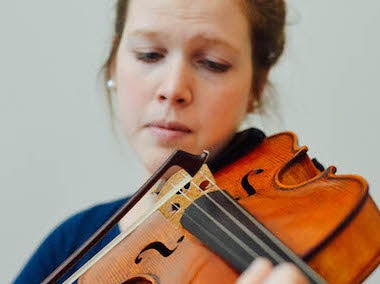 JANE LARSON, viola
Krzysztof Penderecki: Viola Concerto
Rescheduled date: September 24 with the Oberlin Chamber Orchestra
Larson has performed with the Oberlin Orchestra, Chamber Orchestra, Baroque Ensemble, Camp-of-the-Woods Orchestra (N.Y.), and the Bristol String Quartet. A native of Oak Park, Ill., she regularly returns to perform on Chicago’s 6:26 series and was previously principal violist of the Chicago Youth Symphony Orchestra and Chamber Orchestra. Larson has performed in master classes with musicians such as Shmuel Ashkenasi, Yo-Yo Ma, Rachel Barton Pine, Ivo-Jan Van Der Werff, Nadia Sirota, Merry Peckham, and the Jasper, Jupiter, Chiara, Arianna, and Fry Street quartets. She won second prize in the 2016 MacDowell Artist Competition and the 2019 Ohio Viola Society Competition. In addition to her performances and studies with Kirsten Docter, Larson takes part in the Performing Artists in Residence program at the Oberlin Center for the Arts. 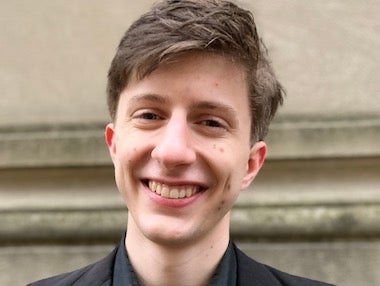 LIAM KAPLAN, piano
Franz Liszt: Piano Concerto No. 2 in A Major, S. 125
Rescheduled date: September 26 with the Oberlin Orchestra
A pianist and composer from Montclair, N.J., Kaplan has appeared at Weill Recital Hall, Tenri Cultural Institute, Merkin Hall, and many other venues across the United States. His compositions have been performed by ETHEL, the Talea Ensemble, Locrian Chamber Players, Da Capo Chamber Players, and the JACK Quartet, among others. His debut recording of Bach’s Well-Tempered Clavier, Book II was released in July 2019, supported by a Flint Initiative Grant from Oberlin Conservatory. In 2018, Kaplan’s Rhapsody on a Chorale for string orchestra was premiered by the Oberlin Chamber Orchestra. He won the Aspen Conducting Academy’s 2019 Piano Concerto Competition and BMI’s 2019 Student Composer Award, among numerous other honors. Upcoming projects include a recording and performances of Bach’s Goldberg Variations and the premiere of a new violin concerto for Herdís Mjöll Guðmundsdóttir and the Oberlin Contemporary Music Ensemble. Kaplan is a student of Alvin Chow and Stephen Hartke. 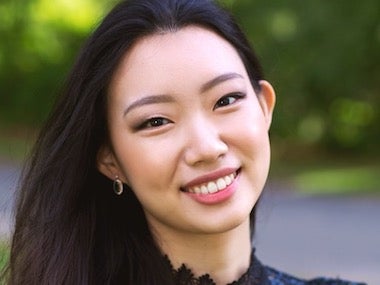 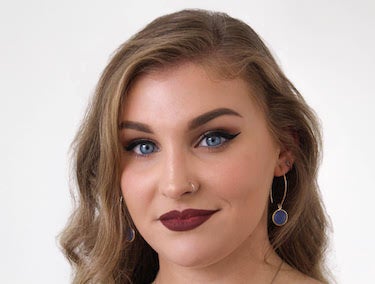 CAITLIN ALOIA, soprano
Benjamin Britten: Les Illuminations, Op. 18
Rescheduled date: December 11 with the Oberlin Orchestra
Originally from Doylestown, Pennsylvania, Aloia has appeared as Blanche in Poulenc’s Dialogues of the Carmelites, Governess in Britten’s The Turn of the Screw, and Pamina in Die Zauberflöte. An ardent recitalist, Aloia enjoys a passion for both art song and chamber music. In the past year, she performed Britten’s Les Illuminations at Yale University, gave the world premiere of classmate Kari Watson’s Sunburnt Monoliths with the Oberlin Contemporary Music Ensemble, and performed Kati Agócs’ Vessel with the Oberlin Sinfonietta. She also appeared as the Widow in Mendelssohn’s Elijah with the Oberlin College Choir, Musical Union, and Chamber Orchestra alongside faculty baritone Timothy LeFebvre. She studies with Kendra Colton and will be a fellow at the Marlboro Music Festival this summer.