--This is kind of a continuation of this entry, although I have received numerous requests not to finish what was started. One reader from Utah threatened to do terrible things to his pet frog with a Harry Potter bookmark if this continued, but a track coach told me once: "Chicken in the morning, chicken in the evening, chicken at supper time, when there's chicken on the table, I can't think of another rhyme," so I think it's worth an amphibian's dignity--

One thing that really strikes me about these new strategies for battling global warming is the creativity that is involved. I kind of always figured that the set-in-stoneness of math and science would preclude me from going into these fields, since I like to write and make movies and do other things that are creative. It just seemed that with math, everything has a right answer and a right method for getting there, and it was never really exciting to me. Once you learn enough about any discipline, though, you start to see opportunities for innovation. And at Oberlin, I think everyone wants to do something innovative. There really is more than one way to approach problems in higher math classes. And designing a really good experiment takes lots of lateral thinking and problem solving.

Similarly, my trivia team won Trivia Night at the 'Sco for the second time in a row! This is related because our name, which was a great source of pride, was Schindler's Bucket List, only narrowly beating Hotel Rwanda for Dogs. Now, Mike thought of Schindler's Bucket List, and it was a stroke of genius. We were at dinner thinking of funny names for our troupe of trivia bandits, and Mike grabbed that one out of nowhere, and I think we all knew that that was the winner as soon as he said it. Again, it was inspired. But I can imagine, with the popularity of Schindler's List and the controversy surrounding The Bucket List's heroin-induced love scene between Nicholson and Freeman, someone would have put the two together some day. 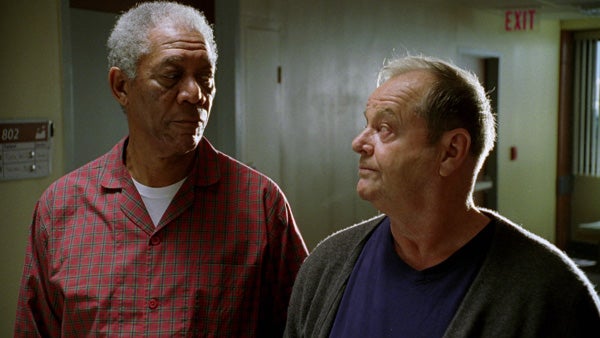 My point here is that it is damn hard to come up with a completely original idea. I remember reading a story from The Dilbert Future by Scott Adams, the creator of Dilbert, where he had come up with this lip-syncing opera singer named Placebo Domingo, and had outlined a strip with this character, when he looked at the comics page and saw that Cathy had met a guy named Placebo Domingo in her moody, chocolate-filled adventures. Now, Placebo Domingo is funny. And I seriously doubt that the creator of Cathy is anywhere near as ingenious as Scott Adams.

Setting: English class, senior year. My teacher instructs the class to turn in 'our Norton' to an old as dirt essay entitled "On Smells." Wow. Old writers had it pretty easy too. This guy covered smells in their entirety, monopolized an entire sense. In 5 essays, he could cover all forms of sensation and nobody after him could touch them. Some guy could write a treatise on smelling things, and be like famous for it. Nowadays when I write a blog entry on showers, exhaustively researched and pornographically re-edited, I get nothing. Hopefully that blog entry on showers will be up real soon. I think that knowledge needs to be dropped in a big way.

Can't believe you just dissed Cathy Guisewhite. That woman is a legend.

Also, Hotel Rwanda for Dogs almost made me pee my pants.