I hear those shiny admissions letters went through the mail, so: welcome to Oberlin, prospective class of 2015! Here's my pitch as a present.

(Also, you should visit now. It's 80 degrees outside and it is never this...ah, my roommate would say beautiful, but I think it's just hot.)

Last week, we had our ninth annual Translation Symposium, where students and faculty read their translations, into and out of English, of poetry and prose. Each translator also got the chance to explain a little bit of their process in coming to their translation. The sheer linguistic variety in that one lecture hall was staggering; I think that between us, we could have staffed multiple foreign embassies. As Neil Gaiman wrote, "It's the strangest thing about poetry - you can tell it's poetry, even if you don't speak the language. You can hear Homer's Greek without understanding a word, and you still know it's poetry. I've heard Polish poetry, and Inuit poetry, and I knew what it was without knowing."

On Wednesday (the symposium was Thursday, but forgive the non-chronological sequence), translator Stanley Lombardo performed Homer (not in the Greek, if you're wondering, although that would have been fun too) to the accompaniment of a drum. The lights were dimmed, as though to shut out the other senses and sharpen just the one that attuned to his voice. Afterward, the performance left me feeling like storytelling should be reinstated as popular art. We have books, and all sorts of media like film and podcasts, but after the second grade, oral storytelling seems to fall by the wayside. It's a pity, because some of the best conversations I've had with people are the ones filled with anecdotes and theories and debates - and the people with whom I have these conversations tend to be the ones I get to know the best, because we're not limited to talking about the latest co-op drama or the current state of Oberlin weather.

During the Q&A that followed, Lombardo said that he changes a few lines in the translation each time he performs, so there is an element of improvisation to each reading. He translates directly from the Greek (which he has memorized) into an English that is very modern and, as Kazim said in his introduction, that adds to the relevance of the text especially now, with the U.S. similarly ten years into a war with the Middle East. The covers of Lombardo's translations reflect that same immediacy: 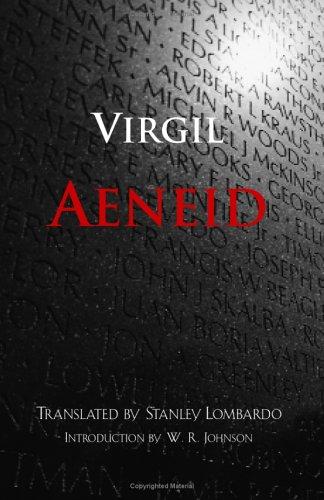 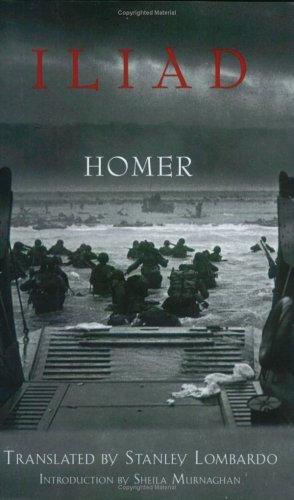 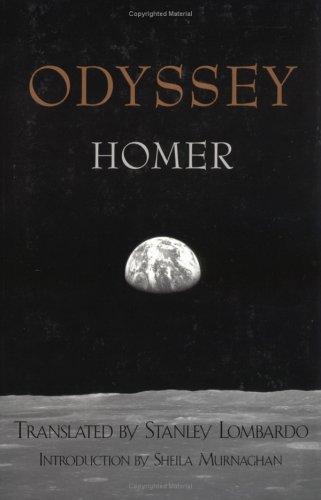 I also had to chance to talk with Professor Lombardo about the logistics of translating between English and Mandarin, languages that share none of the same sounds and few of the same grammar patterns, which brought up the question of etymology. I find that I translate a lot based on etymologies of words that I see, but that might not be so apparent to someone who learned Mandarin as a first language (it's my third, and even though I grew up with some command of it, I didn't really learn it well until I actually studied in Taiwan a few years ago), in the same way that I'm not always aware of the roots of the English words I use in everyday speech and writing. The act of translation throws the commonalities and differences of languages into contrast with each other, and to an extent it deconstructs both target and source language. After I've been translating for a while, English grammar patterns are suddenly not as rigid as they were a moment ago, and it takes me some time to fall back into those patterns, to realize sometimes that what I've translated is not grammatically standard. But that can be good.

This might only have been a pitch to those of you who fall in love with languages as easily as I do, but see, if you are one of those people, last week would have been bliss. And you can join the family of people who code-switch multiple languages and multiple times in one sentence! My roommate does this, and I try to follow, but I don't really understand Japanese...

I grew up in a family that code-switches regularly, and my non-Hebrew speaking friends get so confused.

This week was clearly the week of symposiums: the translation symposium, the environmental justice symposium, and the journalism symposium. So hard to choose from all the different (knowledgeable/fun/fascinating) options!

Oh man, the symposium was so much fun! The variety of languages and styles of texts (not to mention translations) was quite impressive - I especially liked the haiku and the Ovid. Now that I think about it, both of those took a lot of liberties in order to stay true to the feel of it. Maybe that makes it more interesting?