The other day I stumbled upon something coincidental in a recent issue of the magazine American Photo: one of America's "best photos of 2012" was taken in the Congo, by Michael Christopher Brown, who was covering the impact of mining on the people and community. Funny, given my Winter Term project in Arizona was all about photojournalism of the copper mining industry. But what most caught my eye - and perhaps disturbed me the most - was that he took all his photos with an iPhone, with apps like Instagram and Hipstamatic. 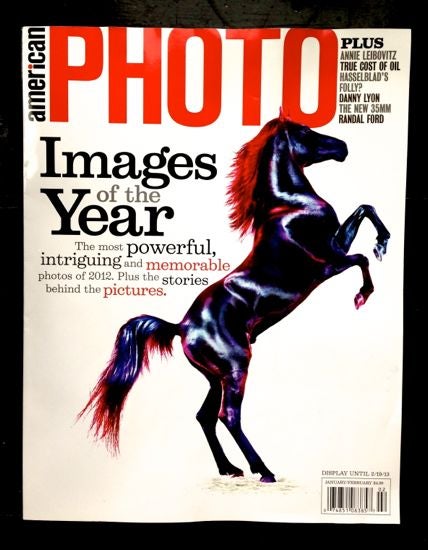 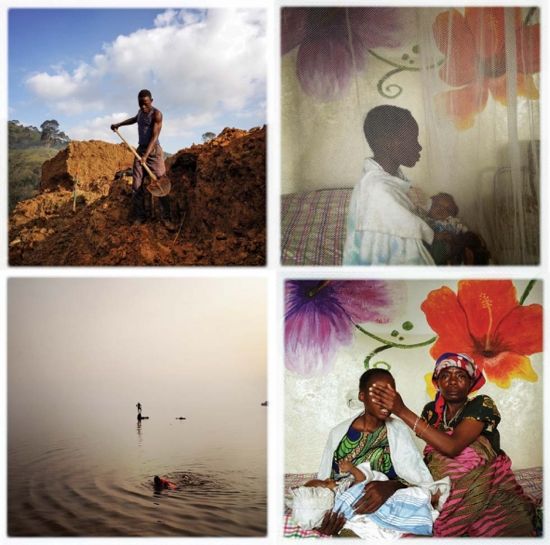 Top: the issue of American Photo I bought in the airport (it's fantastic by the way). Bottom: the photographs by Michael Christopher Brown, taken with an iPhone in the Congo.

Let me explain one thing: I generally hate Instagram (although I do use it - I know, I'm a ginormous hypocrite, but that's another story). Instagram has turned all of its users into semi-talented and artsy photographers, without having to work for it at all, except being dedicated enough to stuff their phone in their pocket wherever they go. Now, Michael Brown is an exception, because he obviously had to do a fair amount of work to get his iPhone photos (just check out his coverage of the Libyan Revolution); but generally, I'm frustrated by how easy it's become for iPhone users to take superb photos with relatively minimum effort. I was constantly humbled last semester in New Zealand (where I studied abroad) when my friends took the most amazing pictures with their iPhones; and meanwhile, I lugged around my clunky Nikon D3000, living in desperate fear that it would get dropped off the side of a mountain and/or a glacier's crevasse. (You run both of these risks fairly often in a place like New Zealand.) 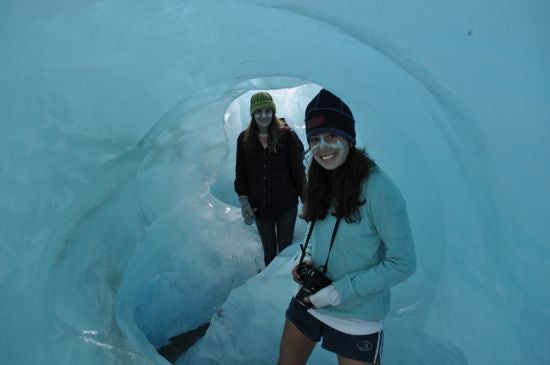 Me and my camera in a New Zealand glacier. Photo cred to Adam Krauland. (And for the record, this was not taken with an iPhone!)

Of course, I'm being pretty unfair. The thing about having a nice camera lens, like my macro one, is that it, too, can turn its owner into a semi-talented photographer. All you have to do is 1. take a ton of photos from different angles, 2. adjust your shutter speed and aperture a few times, and 3. be in a beautiful place, and bam! You usually come up with something pretty decent. You don't even have to develop the film! Your photos are right there, ready to go, on your computer. To me, there are only a few truly talented photographers out there (I am not one of them), and they can turn something that is easily overlooked into something that is spectacularly aesthetic, and then turn that spectacle into something that really says something, i.e. a work of art. You have to be very, very dedicated to do this - hours and hours working on tiny details, learning the ins and outs of light, experimenting with Photoshop; in other words, being disciplined as well as creative.

When I was in Arizona, I was constantly conflicted with the question of "Should I carry the eight pounds of extra weight that is my camera case, or should I just bring my iPhone?" Every time that I succumbed to the latter, I was annoyed for cutting myself short. My real camera's photos were easily of a higher quality than my iPhone's, even if the difference is not always consciously noticed by others. My Winter Term trip taught me that yes, it can be a pain to carry a camera case around with you EVERYWHERE and switch lenses on the side of a canyon and/or in the middle of a mine; and yes, Instagram can be freakin' awesome and fun to play with... but Winter Term also taught me that a pinch of extra effort makes a huge difference. I am firm believer in going above and beyond - in doing what most people think they "could" or "should" do but don't, and instead just do it. John Maxwell states it so well: "In the end, hard work is really the accumulation of easy things you didn't do when you should have." I completely believe that these seemingly small steps can make a huge difference. Life is about pushing yourself to reach your potential - as a photographer, a student, an athlete, anything - and to do so, you have to do the little things every day, that will add up to a lifetime of difference.

In my last post, I talked a lot about the freedom of Winter Term, and how fun and fulfilling it can be. But I also believe that on the flip side of any freedom is discipline. Freedom, for me at least, cannot be enjoyed fully unless I have discipline and dedication to lead up to it. I'll leave you with some more photos of my trip, but my intention for this post is to be less about me/how much fun I had (look to my previous post if you're for some reason craving that!) and more about some of the values I've learned along the way. 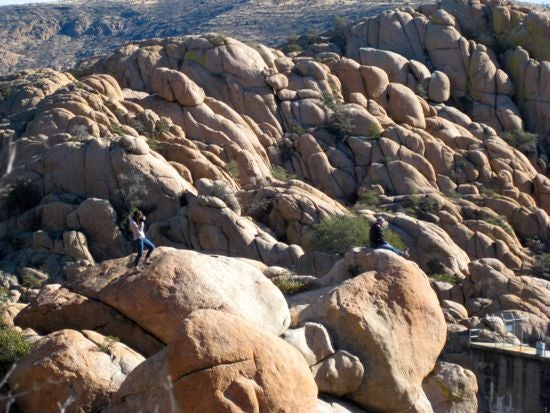 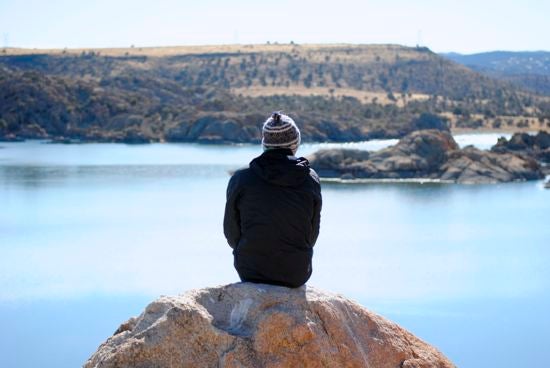 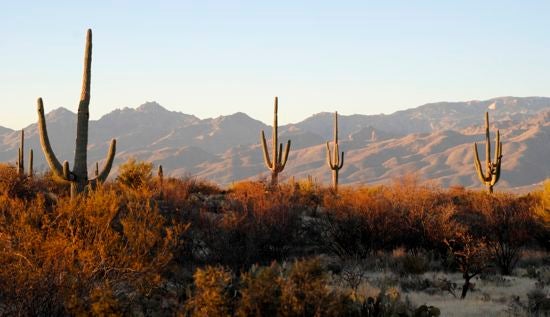 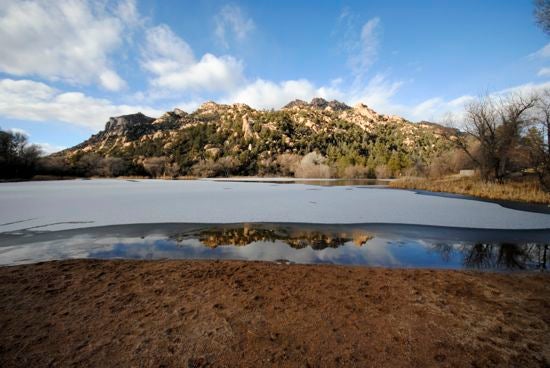 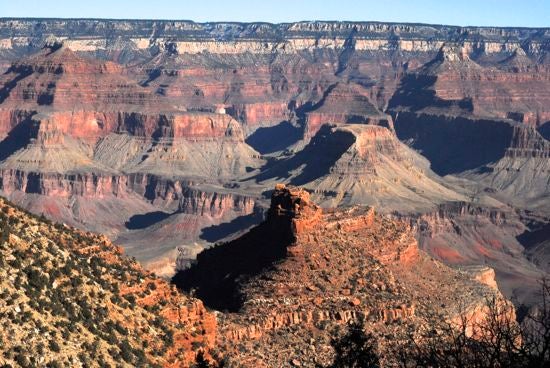 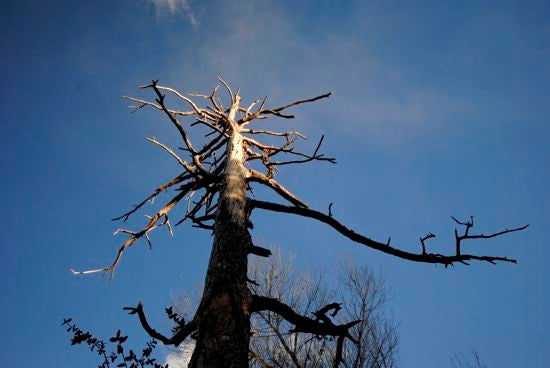 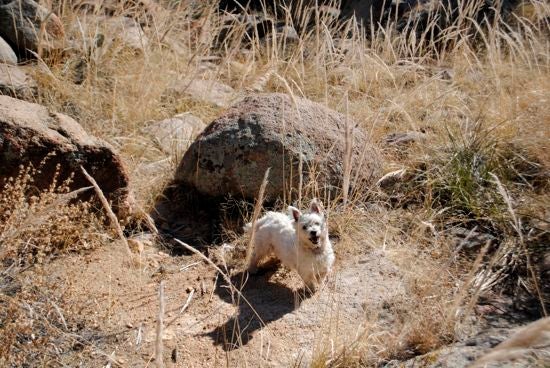 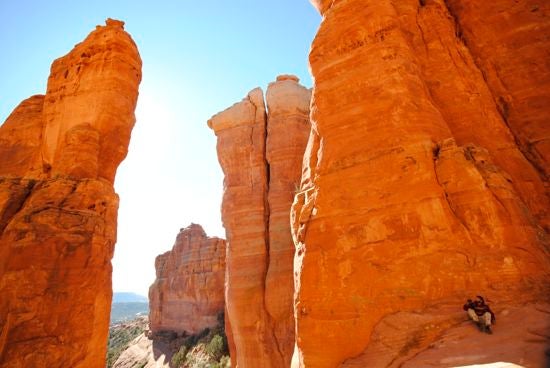 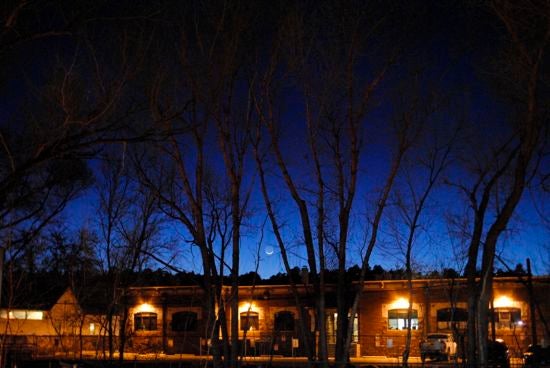 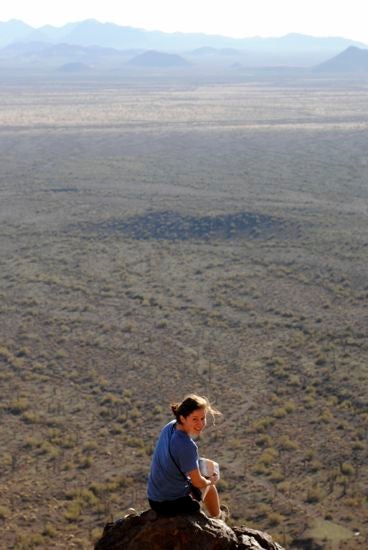 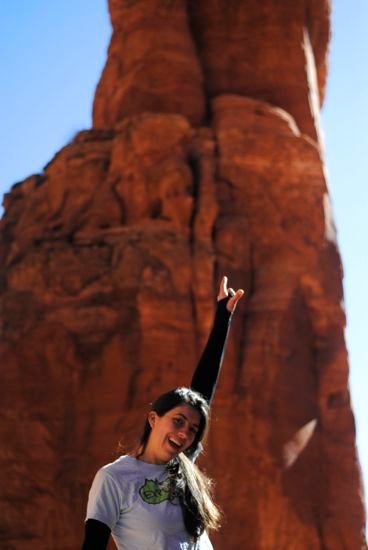 Top photo cred to Clarissa Fortier; bottom, to my friend Drew (last name I can't remember!). Note that the first photo is a photo of me taking a photo of the second photo. Woah! Trippy! And on that note, I should probably stop talking about photography.

Oh man. I have so many thoughts about this and I wrote about it recently on my own blog. I won't bore you with the whole darn thing, so I'll make it short here in the comments:

Photography ebbs and flows for me, but the biggest uptake in flow has been in getting an iPhone (well, first an iPod touch with a camera then an iPhone). I almost completely stopped taking photos with my SLR and I was sincerely worried that I wouldn't come back to it. But I did. I challenged myself to start photographing a photo a day again, the whole things that escalated all kinds of work and blogs and everything else that I did for such a long time.

It's not that my Nikon isn't my camera baby and that I don't use it anymore, but it's that I'm not using it as much and I'm using it for different things BUT I'm definitely still taking lots and lots of photos. The best camera you have is the one you have on you. I still carry my SLR almost everywhere, but it comes out when I want to think more deeply about the image I'm making. For a basic capture, my phone's been doing just dandy -- and while it's not as high res as before, I'm incredibly pleased with the quality of images that comes from my phone.

Ma'ayan, thank you for the thoughtful comment. I know exactly what you mean - I feel like as long as I have a camera on me, that's the biggest and most important step in becoming a better photographer and keeping the hobby going. But I really want to resist the temptation to just carry around my iPhone. It's true, the photo quality of an iPhone is amazing - but as far as developing my skills in photography and learning how to stage photos, I feel like I need to use an SLR. I guess it really depends on where you are time-wise, because you had years of experience at Oberlin practicing with a real camera, and now I'm looking for that too :) But hey who knows, maybe in five years from now I'll be taking photos for Time magazine with Hipstamatic. Crazier things have happened!

And by all means, diving in and taking a million photos with whatever camera will make you better. The main times I pull out my SLR is when I want complete control. Spending so much time with an SLR, with control, and with creativity completely within my grasp, has made photographing with iPhone even more fun and actually 100 times easier.

Relatedly: one of the major pubs (Time?) used an Instagram photo as their cover after Hurricane Sandy. I was, to say the least, incredibly impressed.

Like the saying, the best camera is the one in your hand... its not the device that makes or breaks the photo, its the eye and mind of the person behind it.

I definitely prefer my DSLR beause I can make it do so many things not possible on the phone cam (nothing can beat the nifty 50mm wide open), but am always super happy with much if what i can capture on my iphone.

I've shelved instagram, it was never my primary photo place, and I am an addict of Snapseed.

As someone who lives in Arizona, I can respect that you hit so many places I recognize. I hope you enjoyed the variety of scenes and light there, I am never at a loss to find a good photo just out my door.

So you got to the big mines? Globe-Miama? Morenci? Ray? It's mind boggling, wh?

Two things I've learned since I started photographing are that content is king, and the camera you use doesn't matter. Or rather, it only matters as much as you let it. Sure, you can't produce sharp gallery size prints of his photos. But if that's not your goal, then it doesn't matter.

I truly think the iPhone is the best digital camera ever, because of how quick it is to share a photo with it. Look, it's the Polaroid of this generation. It's instant. And it's considered totally amateurish, but like Polaroid, I think our society will begin to accept it once it is superseded by something better. If I could afford one/justify the cost, I would have one.

I routinely haul around 20 lbs of cameras, and a tripod, reflector, flashes....that's the method that seems to work for me. For others, it's as simple as an iPhone, or disposable camera, or Polaroid. Whatever the medium you're using, I promise that it takes many hours of hard work to be put into it before you get anything you're happy with : )