I spent my Winter Term bundled up in Oberlin, working as the Master Electrician for the Theater Department Main Stage production of Family Happiness. Welcome to my home away from home (away from the stage), the Hall Auditorium gel room: 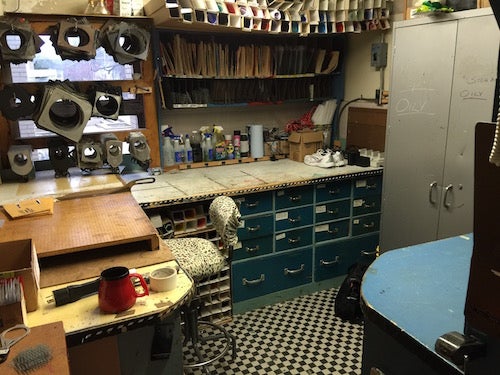 My project was very structured, which I enjoyed except when I had to wake up early every morning. As the Master Electrician for the show, I was responsible for making sure all of the lights were hung, focused, and working for the show, according to the light plot. 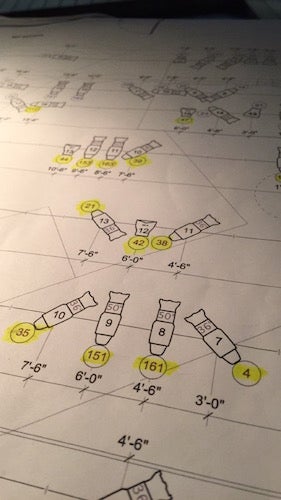 
I was also responsible for setting up any special practical units (like the chandelier) that were in the show. 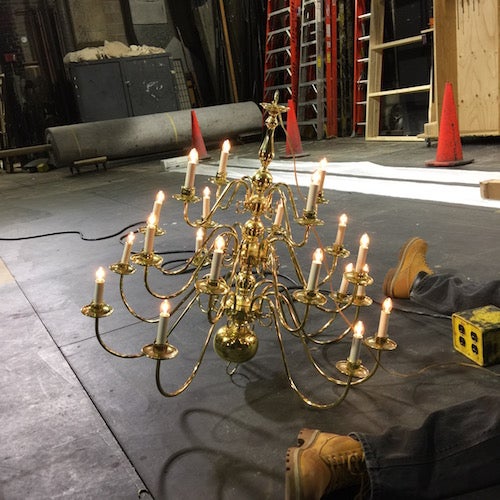 I worked every day from 9-5 or 10-5, except during tech rehearsals and shows, and had a strict production schedule I had to stick to. That meant lots of organization, lots of Google Calendars, and lots of early mornings. Here’s a photo of part of the checklist I used to make sure everything for the show got completed. 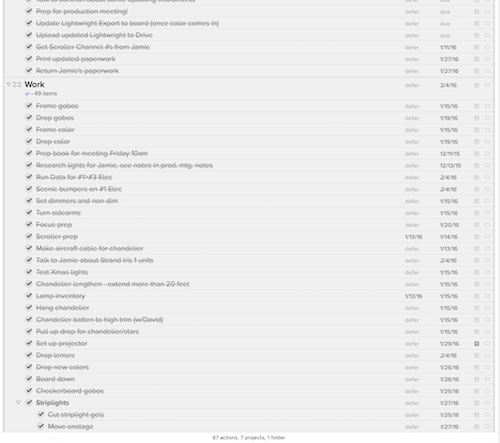 When I wasn’t working on the show, I was in Winter Term Harkness, which went from its normal size of about 110 people to about 25, with many new faces. Since I wasn’t on campus last year, I didn’t know exactly what to expect in terms of things to do, but managed to keep myself busy with friends who had stayed, exploring Oberlin, head cooking co-op meals with my boyfriend, and making bread!

Though my project was a lot of work, not having homework gave me the opportunity to do many things I wasn’t able to do during the school year. I’ve always wanted to make bread in a co-op, so over Winter Term I made focaccia and cinnamon swirl bread for Harkness. The focaccia was the first bread I ever made in a co-op, and I was very happy with it. Unfortunately, no photos of the focaccia survived, but my memories of its crispy, vegan, garlicky-goodness remain.

The second bread I made was a vegan cinnamon swirl bread. While I had intended on including raisins, the co-op was out and so I decided to go heavy on the cinnamon-sugar and hope for the best. After mixing the dough, letting it rise, rolling it out, sprinkling it with a cinnamon-sugar mixer, and baking it, I pulled these giant loaves out of the oven. 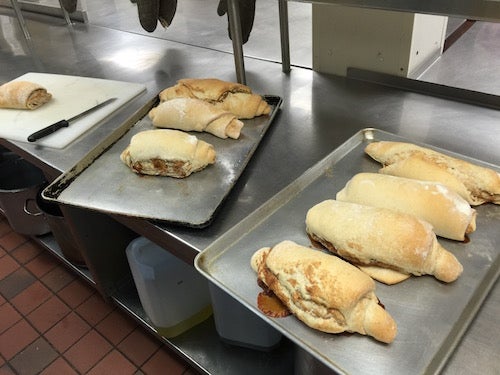 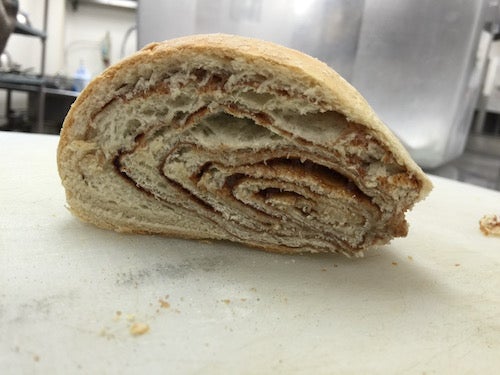 Besides work and making bread, I found lots of other fun things to do in Oberlin in the winter, some of which I remembered to photograph for this post. 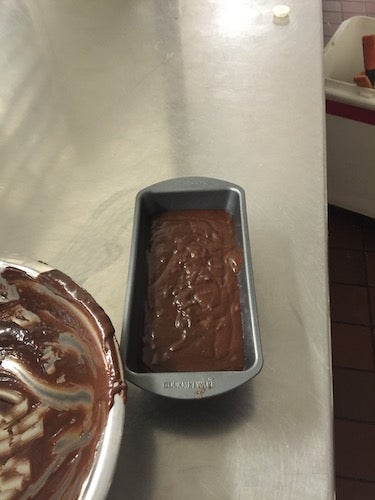 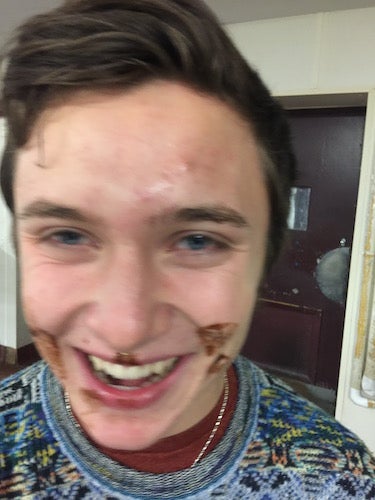 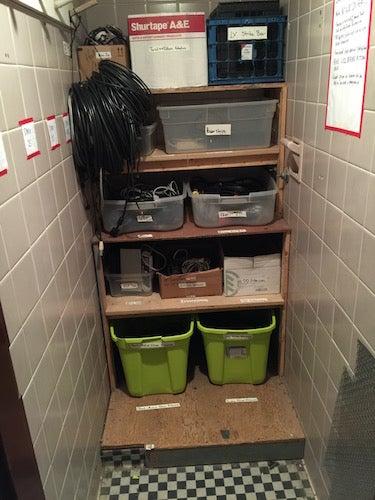 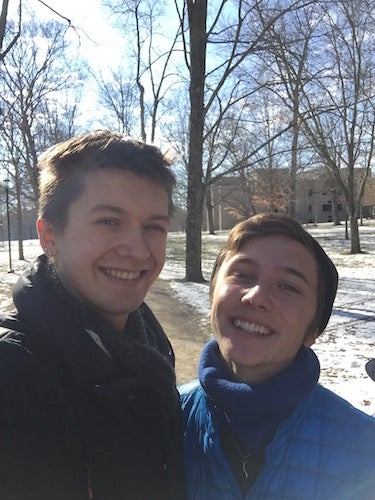 Visiting my best friend from home at Kenyon (not pictured)! 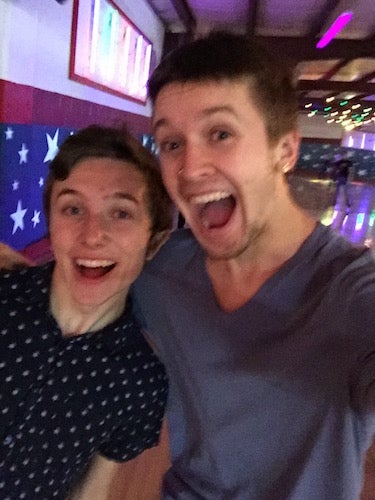 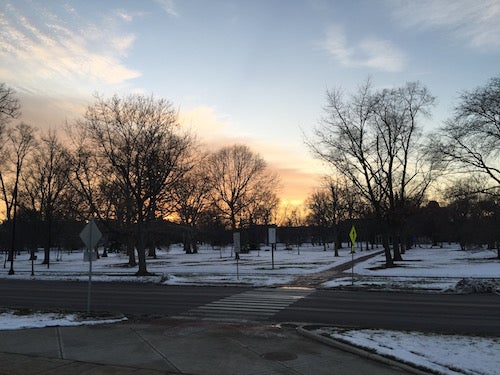 Watching the sun set as I leave work for the day!