It has been nearly two years since I made the decision to attend Oberlin College. My life has changed drastically since  - mostly for the better. Despite the many ups and downs I’ve experienced thus far, I cannot imagine myself going to any other college for undergraduate school. With that, I wanted to take some time to do some reflecting, especially considering that there are numerous admitted students who may be on the fence about attending Oberlin. Or, maybe, you’re an admitted student who has already decided on Oberlin and is looking to immerse yourself in our community as much as possible. Either way, I thought it would be a good time to sort of look back and begin to look forward.

I completed my third semester at Oberlin last fall (2020) and will hopefully be starting my fourth semester in the summer (!!). It’s so wild to think that, following this summer, I will be halfway through my undergraduate career. Similar to high school, things kind of get real starting your junior year - it’s time to start thinking about your life after Oberlin. However, if you’re anything like me, then you have been planning that even before starting your first year (Virgo energy!).

However, we’re neither here nor there. On thinking about the semesters I’ve completed thus far, last semester has been the most difficult yet - academically and personally. I took two of the most difficult science classes: Organic Chemistry and Molecular Biology. And apparently, it wasn’t the wisest decision to take both of these courses at once. Even though I’m now glad to have taken both of the courses together and can say that I did well in them, the emotional toll that they took on me was no joke. It was definitely the lowest I’ve ever been academically.

My social life suffered immensely last semester. With the COVID restrictions, my exceedingly busy schedule, and being in a different location on campus, my social life was, in all honesty, pretty nonexistent. It really pained me, considering that I had such a great social life during my first year here at Oberlin. So to have this aspect of campus life swept from underneath my feet was awful, to put it simply.

Another thing that was difficult for me last semester was balancing academics and social life with work. It was my first semester being an OWLS Leader in an introductory chemistry class. It was a new and challenging experience, though pretty rewarding in the end. It also required a lot of time and dedication, on top of trying to do well in Orgo and Molec Bio and hold on to the small piece of my social life that I had left.

Last semester, though, wasn’t all bad. I had some really great experiences as an OWLS Leader and learned so much along the way. Also, the moments I did have with friends were so much fun and some of the highlights of my third semester. And despite how much Orgo and Molec Bio kicked my butt, I am extremely proud of my work ethic and the resilience I displayed. Lastly, I made a new friend who I got pretty close to!

Looking back, I realize that I forgot one key thing about college: every semester and year is different. I feel as if my first semester and third semester are completely on two ends of a good-bad spectrum, and that’s perfectly okay. I suppose this general idea of change and adaptation is a life lesson as well. And it’s exceedingly important to be appreciative of it all. While I don’t ever want to relive last semester, there is nothing that I would change about it. There are so many lessons I’ve learned going from my first year to my second year. For example, I want to start taking more advantage of some of the resources at the college. Don’t get me wrong, I utilize several campus resources, but it wouldn’t hurt to branch out more. One thing I’ve started to utilize more is the Career Development Center and their ability to connect me with Oberlin alums. There are so many Obies out there, and there’s no better time than now to start to build up one’s network. Also, students in the college can take classes in the conservatory, which is super cool. I would love to learn how to play the piano. Another thing I have been thinking a lot about is joining the intramural basketball team.

Overall, I had this idea that in order to continue having a great Oberlin experience, that meant doing much of the same things that I did as a first-year. This mentality is far from helpful and merely stunts my growth. However, Oberlin has so much to offer - perks of its being a liberal arts college, right? Yet I’ve only experienced some of it. I am beyond excited to continue to experience and begin to experience everything that the college has to offer. Consider this article as a way to hold myself accountable. 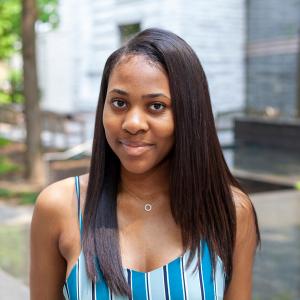