I once got some really good advice from Brian Jacques or some other author who was popular when I was 10 (not R. L. Stine, thank God) at 5th grade read-a-thon. He told us that the secret to success in writing was revision. He talked about giving his drafts with a red pen to friends and colleagues to edit and getting them back with big markings all across them. He found delight in the power to take each piece of criticism and weight its value. The criticisms were things that certain people thought would make the book better, but they belonged to the people who made them. A book, in all its forms, should be the author's. Unless you are working in the professional world, and you have an editor who absolutely will not publish what you create unless it is done a certain way, then you have the last word. You can read everything that your friends and editors say about your work and incorporate all or none of it into your work.

Last month I had the task of finding my best photos and working them into a presentable-looking portfolio. The original idea was to cut the 9,000 photos on my hard drive down to 50 to put in a book to give to my coach (my Winter Term sponsor and noted Skittles enthusiast Ray Appenheimer) and have for posterity. I took all of the photos I thought were halfway decent and put them into categories (People, Still Life, Landscape). We are down to about 500 pictures at this point. My eyesight is half gone. After killing off the ones I thought had no chance, I further divided the pictures into stylistic categories (high contrast, light vs dark, color vs black and white). By the time I cut the number of pictures down to about 300, I had seen each picture a few dozen times and I had lost all sense about which ones were good or bad, which ones needed some adjustment, or which ones I was holding onto for personal reasons (it happens pretty frequently, apparently, that photographers picking their best photos pick ones that were hard to get rather than the most aesthetically pleasing). I've had the experience before when making movies or putting on plays where after months of working on something you lose sight of what's funny or good for the story. After a certain period, I wonder if all directors just get sick of a movie and want to get done with everything just so it will be out there. I was certainly sick of looking at some of the photos, so I enlisted the help of my girlfriend Tina, my sister Lily, and my dad Dad. It was weird to see one person after another look through my book of prospective winners and every time see different people pick different pictures as the ones they liked the best, the ones they would throw out, and the ones that were just 'meh.' I thought a lot about that author I saw in fifth grade. Oh yeah, if anyone I mentioned above is reading this:

THANKS A LOT! FOR NOTHING! YOU WERE NO HELP AT ALL!
Sarcasm, y'all. Suuuuuuuuuuure it is. 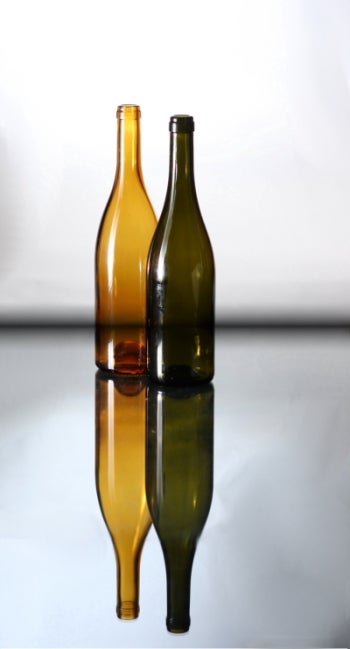 One of my babies. I'm saying the picture is; the bottles aren't "my babies." Calling the bottles that would indicate a more serious problem.

In the end, I couldn't go as low as 50 pictures, so I ended up with a book about 145 pages long with something like 160 pictures. Not too shabby.

The thing is, even though I worked a lot on photography this past month, I didn't really get the time to take many pictures. I did spend time editing pictures on my computer, which is my second favorite part of photography, after actually clicking the shutter. But I spent a lot more time in front of a pile of prints on a table and sitting in front of a computer screen clicking through pictures of zoo animals, flowers, and children (not creepy). This, on one hand, makes me want to go out and take a bunch of pictures because I haven't for so long. It also makes me think twice about trying to be an artist of any sort. It seems like if I were to be a professional photographer, writer, anything, I would spend a lot of time being a salesman and a businessperson rather than being an artist. My voice teacher used to talk a lot (A LOT) about enjoying singing by letting the vibrations and resonance turn you on. (I studied with him for 6 1/2 years, so we got pretty comfortable with each other.) I doubt that I will be a director of movies or a nature photographer professionally; in fact I've been thinking lately that I will be an engineer professionally. But I can always do creative photography and make movies in my spare time to turn myself on. I think I'll be a 'spare time' kind of guy when I get older.

I heard some adult talking to my girlfriend the other day while my girlfriend was rehearsing for a talent show for her work. After complimenting Tina, the woman started talking about her youngest daughter who wants to be a singer/dancer/actress, and how she was encouraging her to look at other more practical fields. Tina mentioned that she had the same aspirations when she was younger, but she 'wised up.' They went on to say that this is how it usually goes, kids have big dreams and realize they're impractical as they get older. I disagree. I still can imagine myself as a director, and I realize how little sleep and money I would probably make doing so. I still would want to do it. In addition, I genuinely want to design and make things that increase efficiency, recycle materials, and combat climate change now more than I want to make a job out of making movies. My brother is living in LA right now, trying to be an actor by auditioning for commercials, TV shows, game shows, mime radio, whatever he can get. He also works as an assistant manager at a Brookstone. For him, his main passion is acting, but his job is also not torturous because he enjoys interacting with other people so much and meeting famous people (saw Tommy Hanks a couple weeks ago). He isn't Robert De Niro famous, but he really enjoys his acting classes and studying the craft. This is not a crazy pipe dream. This is how it should work.

This is way deep, Jobie. And a shout-out to M. Straw!

P.S. NICE bottles, too...reminds me that I haven't had my first-thing-in-the-morning bottle of scotch.