I've mentioned a couple of times in passing that I'll be living in a house next year. I haven't talked about it in detail because I've always had other things to talk about, but I suppose now is the time.

Back in October or November, whenever it was that people with six semesters or more of residency on campus started to apply for off-campus housing, I was pretty apathetic. My basic stance was this: if some of my friends came and said, "Zoë, want to live off campus with us?" then I'd probably say yes. That said, I wasn't going to go and seek them out.

As it happened, some of my friends did indeed say, "Let's get a house!" So I entered the lottery for off-campus housing. ResEd has a certain number of students they let live off campus every year, and those people are chosen through a lottery system. My group won said lottery and thus began the process of finding a house to rent.

This part was honestly pretty easy for me. I went to the off-campus housing fair that ResEd had, and picked up some ads for houses. I promptly passed those ads on to the other people in my group. We also looked at ads online, and then started calling people, stating our interest.

Then came the process of visiting houses. We did this all in one day which, in my expert opinion, is not the way to do it, unless you take good notes. All the houses tended to run together in my head. By the time we signed the lease, the one thing that I really remembered about the house we were going to rent was that it had a huge bathroom. Which, granted, is pretty important.

We visited the house again before we left campus for the summer and found that the bathroom was as big as ever. (Which is still a good thing.) Then, about a week ago, we all got online at the same time and had a conversation about when everyone would be moving in and where everyone would be living. Now that I know which room I'll have, I'm considering decorating possibilities. You'll get a photographic tour once I move in.

I do know that my Animorphs poster will be featured prominently. I even framed it. 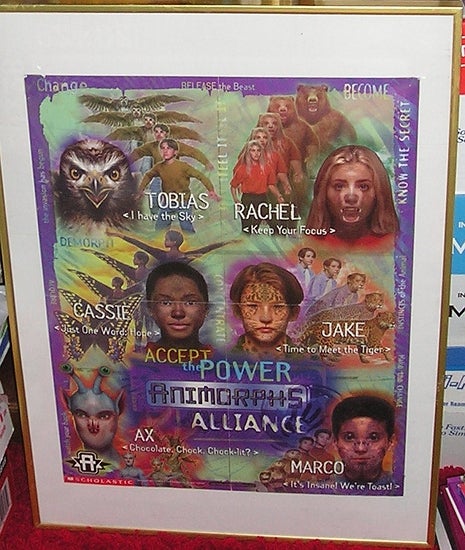 (And on a related note, Scholastic is going to re-release Animorphs. One could say that I'm excited.)