As surprising as it may sound, Oberlin College actually hosts some pretty awesome rap concerts. As a board member of the Oberlin Hip Hop Collective (OHOP), I feel obligated to tell you all about the hip hop side of music that goes on at Oberlin. I am a hip hop enthusiast to say the least. My music playlists are filled with every genre you could possibly imagine. However, the genre I listen to the most is definitely rap music. So, when I found out that Oberlin hosts many rap concerts, I was ecstatic. I first found out about Oberlin's rap concerts when a friend of mine sent me a video of a Kendrick Lamar concert at Oberlin while I was still in high school (the link is here in case you were interested). Then I learned that Mick Jenkins had a concert here. Mick Jenkins is an up-and-coming artist from Chicago whose music I listened to religiously all throughout high school. Unfortunately, I could not make it to his concert since I was still in high school in Texas. Yes, I felt some type of way about that. However, I was excited to see who was going to come to Oberlin next. Fortunately, I did get to go to many rap concerts during my time at Oberlin so far. Here's the list of concerts I have been to so far. This is in chronological order.

Smino is an insanely gifted artist who gained a lot of his fame from his most recent album, "blkswn." This critically acclaimed album is what most people usually reference when they talk about him. Unfortunately, he came to Oberlin before that album dropped, so I did not get to hear any songs off of it during his performance. When Smino visited Oberlin College, he was not as big as he is now. If I'm going to be honest, I didn't even know who he was before a group of my friends persuaded me to go to his concert. I listened to his work, and it impressed me a LOT. So I went to the concert. The concert itself was amazing to say the very least. Smino put on an incredible show at the 'Sco. He performed songs off his previous projects such as "blkjuptr" and "S!ck S!ck S!ck." I am not going to lie; I left the 'Sco as a Smino fan after I watched his performance. He shut the place down with his stage presence alone. I even got the opportunity to meet him after the concert. He is a really cool, down to Earth guy who is blessed with tremendous talent. I'm happy to see him blow up into the hip hop/R&B sensation he became today. It may be "hipster" to say this, but I am glad to say I saw Smino perform before he made his big break.

Oh, man... THIS concert was (and still is) special to me. I am not saying that this was the best concert I have attended at Oberlin, but it is most definitely my favorite so far. Bas is a rapper from Jamaica, Queens, New York who signed to J. Cole's music label, Dreamville. That platform elevated him to new levels of success with his music. He dropped his first album called "Last Winter" in 2014. Then, he released his latest album, "Too High To Riot," in 2016. In my opinion, both of those albums were really, really good. I was already a pretty big fan of Bas's music before he showed up to Oberlin. Let's just say that when I found out he was going to perform here, I was ecstatic. Bas was on tour for "Too High to Riot" when he came to Oberlin, so most of the songs he performed came off of that album. Watching Bas perform live exceeded my expectations. He had a nice mix of songs in his setlist. He had upbeat music that exhilarated the audience, and he also had music that the audience could relax and vibe to. Bas also seemed very down to Earth. I got to meet him after the concert and thanked him for his music and for coming out to Oberlin. I even had the opportunity to take a picture with him! (I apologize for the bad quality...) 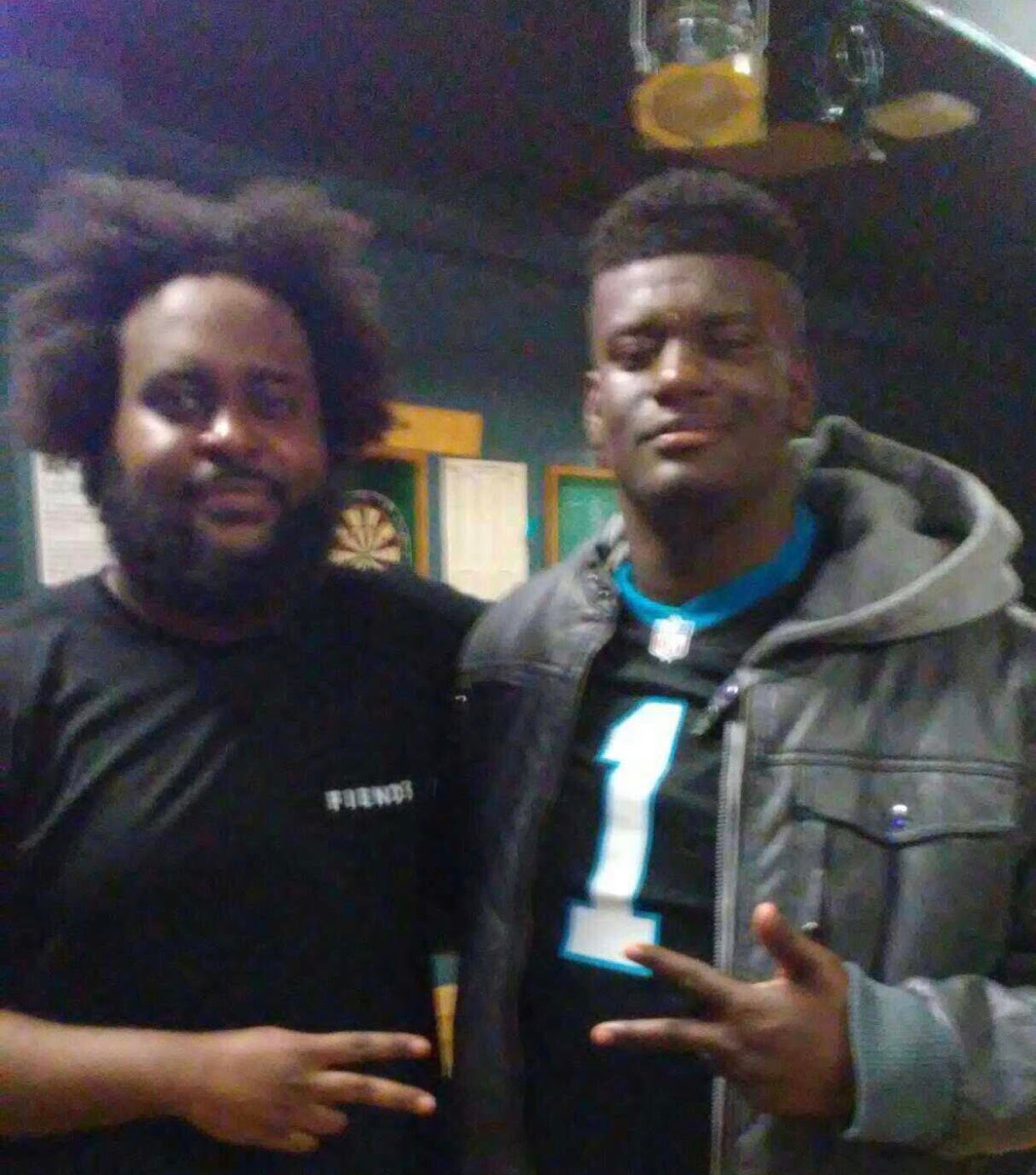 This concert was quite... odd. That's fitting for the "Awful Records" signee and fellow Atlanta native. Father is a rapper who prides himself on records that are purposely goofy. Songs like "Hands" and "Nokia" are among his most popular, but the song "Look at Wrist" is definitely his biggest hit. This was especially made clear to me, because at his concert, Father decided to play "Look at Wrist" over... and over... and over ... and OVER again. I'm not trying to jump to any wild conclusions or anything, but I was convinced that he was drunk for most of his set. His stage presence was cool, I guess. He interacted with the crowd and everything. He just didn't have enough quality songs to get the crowd to vibe with him like the artists I previously mentioned did. Apparently, he partied with some Obies after his concert. I didn't see this happen myself, but I am sure it was a wonderful experience for the people he partied with.

Kamaiyah was about to celebrate the success of being a 2017 XXL Freshman when I saw her perform live at Oberlin. The XXL Freshman list is basically a list of hip hop artists who are on the "come up." In other words, it's a group of rappers who recently gained some popularity from their music. Kamaiyah gained success by promoting the widely accepted Bay Area sound. This bouncy subgenre of rap is celebrated mainly by the west coast, but it is accepted and listened to all across the country. This Bay Area rapper was actually surprised at how wild the crowd at Oberlin got. Kamaiyah was definitely feeling the energy in the building during her performance, and she fed off of it. Then she made the wise decision to use her entourage to get the crowd even more hype. It was a great night overall. She even gave us a shout out for being such a wild crowd on Twitter!

Saba was chosen to perform at Solarity, one of the biggest social events at Oberlin. Now, I questioned him as an option for this event in particular, because Saba is more of a lyrical rapper. Solarity artists are usually people who get the crowd hype by just energy alone. Saba's energy was... lacking in a way. You could tell that he was not feeling the crowd, which was mostly inebriated. He seemed like he expected everyone to know his lyrics. No disrespect to Saba (he's a VERY good rapper in my eyes), but his music isn't exactly the type of music you would play at a party or a social event as big as Solarity. Honestly, Solarity is just one big college party. Saba isn't... the party type of rapper. I think he should have been booked for a show at the Cat in the Cream or the 'Sco where actual fans could come and enjoy the music. It is what it is, though. His performance was okay. Hearing Saba's songs live was a pretty cool experience for me. It just felt like he was placed in the wrong setting.

This is a list of artists I have seen personally at Oberlin College. I am sure I have missed some rap concerts since I've been at Oberlin, so feel free to comment on any additional concerts that have been here over the last couple of years. I'm looking forward to seeing more great hip hop artists with you all in the near future!

This year, there was no need to get up early to try to get a top spot, and here’s why.

Even though times are weird, there are still so many fun events happening on Oberlin’s campus.