Recently, I sat down with my dear friend and current roommate Melinda, a fourth-year neuroscience and trombone performance major. In our talk, we discuss what it’s like to have a right brain and a left brain major, debunk a myth about what makes a successful double-degree student, and recount some good advice from a wise professor. I thought this might be the first in a series of an undetermined length about lesser-known majors or unique combinations of majors of students I know. Oberlin is the home to the first undergraduate neuroscience major, a very popular major on campus, so I thought Melinda would be an interesting person to start with. Crayfish are not, I regret to say, the main focus of this post. 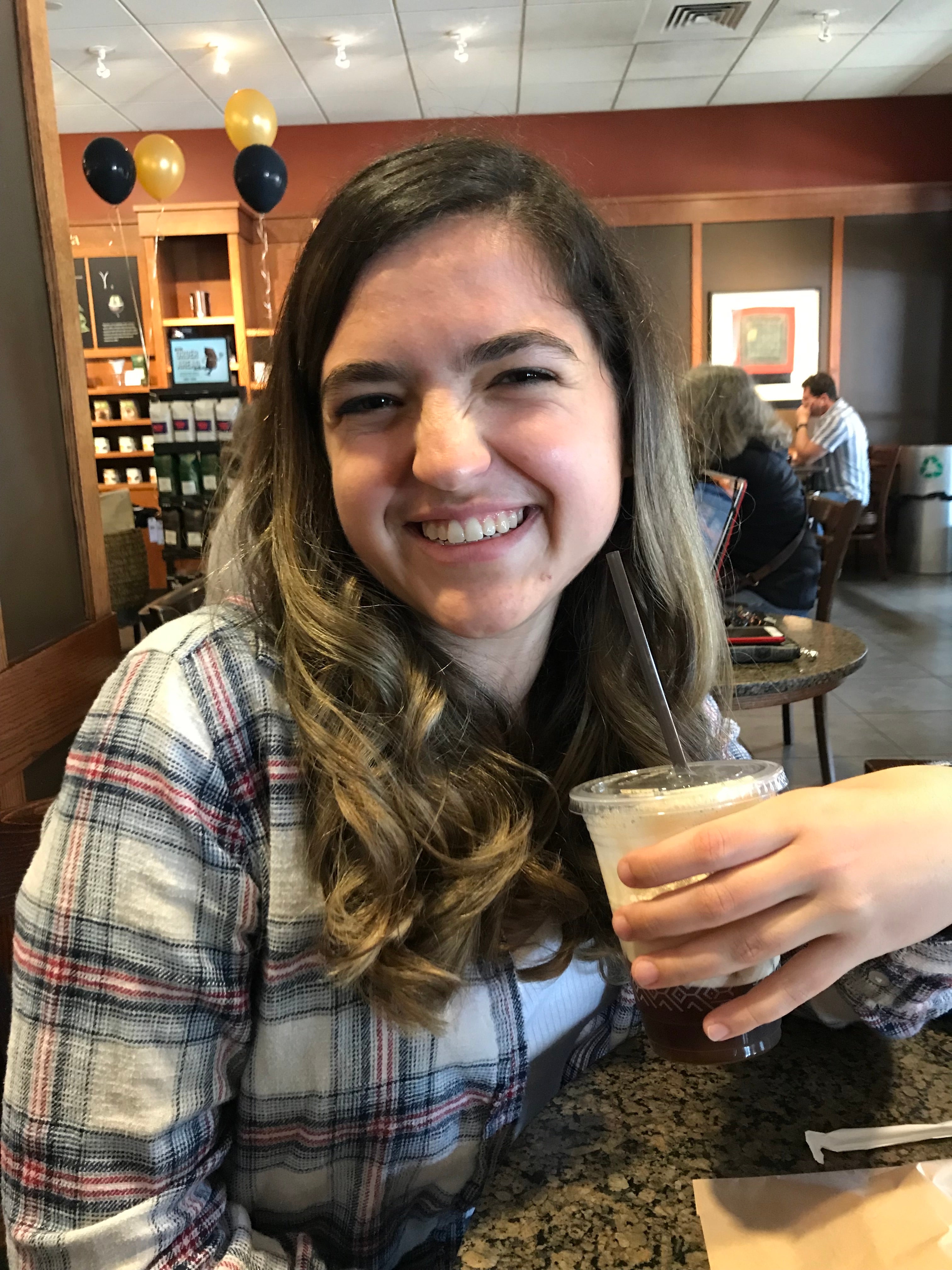 MM: Would you just be able to introduce yourself and say who you are and what your majors are and stuff?

MW:  Yeah. My name is Melinda Wilson. I'm a fourth-year double-degree student. I'm from Saratoga, California. I use she/her/hers, and I'm majoring in trombone performance in the Conservatory, and neuroscience in the college.

MM: Did you know what you wanted to major in before coming to Oberlin? Or, how did you decide on a college major?

MW: I did not know what I wanted to major in coming into Oberlin. I thought maybe I wanted to be a psychology major, but I was never able to take the intro psych class because I had so many conflicts with conservatory classes I was taking. A friend of mine, who was a fellow brass double-degree student, recommended that I take the intro neuroscience class, because it was similar to psychology and, you know, fit in my schedule. He really enjoyed it, and I ended up totally falling in love with the major after that, and ended up sticking with that.

MM: So it was all because of that positive experience with that one class?

MM: That's cool! So what is it like majoring in two things that are very different? Because you major in trombone and neuroscience, and those probably don't have the most in common, as far as two majors go.

MW: It's true, there's not any overlap. It really feels like I have a right-brain activity and a left-brain activity to do every day. And I really enjoy the different challenges that the two majors give me, because it feels like I'm just getting to use different skill sets in the different majors. But I will say, sometimes it is challenging, just because a lot of my friends who are neuroscience majors [have] schedules that look very different from mine. I remember, when I first realized this, [my neuroscience friends] would just camp out in the library pretty much all day the week leading up to an exam. And I would have to leave them and come back all the time, because I would have rehearsals, or studio class or just all these different conservatory classes I was taking. And I realized, there's a lot of time that goes into studying and being a STEM major, and I need to devote that time, even though my schedule doesn't necessarily allow me to act like a typical STEM student. And the same is true on the opposite end. My practice schedule might look different than [other] brass players because I have classes and labs and studying to work around. But on the whole, I really enjoy that they [trombone and neuroscience] complement each other so well. And I've actually found a lot of ways to talk about music in my neuroscience classes and talk about neuroscience in my music classes, which I really, really enjoy. I think it's only possible at a place like Oberlin.

MM: That's really great. So would you– this is a pretty simple question, but you said that neuroscience is sort of like psychology– would you just be able to talk about what exactly the neuroscience major is and what you do in it?

MW: Yeah, neuroscience, even though it's biological science, is super interdisciplinary. You're…  required to take biology, chemistry, math, statistics, and I've taken physics as well. It's really cool, because I feel like I have a well-rounded scientific perspective, which I think speaks a lot to Oberlin and the whole liberal arts, well-roundedness of the education. You can take psychology classes that account for the more cognitive side of the neuroscience major, [and] there's also more cognitive and behavioral neuroscience classes. And… you're required to take upper-level classes that have the large-scale, cognitive behavioral viewpoint, and you're also required to take upper-level classes that focus on a more molecular systems level.

MM: So what have you enjoyed the most about being a neuroscience major?

MW: I really find neuroscience fascinating, just studying the brain, and I kind of feel like studying neuroscience allows me to study myself and how I behave. I think that's probably my favorite big-picture thing about being a neuroscience major, but my favorite class that I took was a lab class called “Studies and Neuronal Function,” and that was one of my cellular focus classes. We got to dissect a crayfish every week, and really look at their tiny, tiny neuronal connections and create independent projects to study them. I found that so engaging, and the repeated practice really allowed me to learn a lot about neuronal networks.

MM: That sounds really cool– kind of freaky for me, but, like, that sounds cool. Okay, so my last two questions are a little more theoretical. So is being double-degree in STEM slash, specifically neuroscience, about what you expected? Like coming into college? Or coming into declaring your major? Or have you been surprised by some things?

MW: For the most part, yes, it has, workload-wise, it's been about what I expected. I will say that when I first started taking upper-level neuroscience classes, I really had to change the way that I studied. But that was less of a change expectation, and more like, I was able to learn a lot from my professors. They taught me how to have decent study skills, and how to prepare to take their classes, which I think is true of all college students that that's a learning process that happens for everyone.

MM: Mhm. So if you could go back to your younger self, or just give advice to someone who is thinking about majoring in STEM or in neuroscience, is there any advice you would offer them?

MW:  Yeah, specifically, for me, I think there are some classes that I might have taken in a different order. I wish I had taken intro chemistry my freshman year. But I ended up taking it junior year, and I still really loved it, so it was okay. But more generally— and this is advice that I actually received from one of my favorite professors in the Conservatory, Brian Alegant— I was asking him about recommendations on different classes and different programs, and he suggested that I never take any more classes than I really need to, so that I can give myself time to excel in all of them, which I thought was really fantastic advice because, for so long, I was convinced that the best double-degree students were those that were the busiest and still made it work. When in reality, if I allow myself more time to focus on my classes, I'm gonna be a better student, which I didn't know why I didn't think of before, but it's really guided me throughout my last couple of years of this program.

MM: Yeah, that really is great advice. Professor Alegant is so insightful. Okay, that's all of the questions I have. But is there anything you want to add? Anything you feel like you forgot or anything else?

MW: Yes, I do want to say that I don't think that being a STEM double-degree student is necessarily harder or easier than being a humanities double-degree student. They both possess different challenges. I still have a really hard time every time I have to write an essay for a class, because I didn't develop those skills as much as a humanities major might. And there's different challenges with each, I just want to put that as a disclaimer.

MM: Yeah, of course. Okay. Well, thank you so much for letting me interview you.