Happy New Year, folks! These last couple weeks of winter break have finally given me some time to reflect on the semester, and I realized how surprisingly fulfilling December has been. I was admittedly a little bummed to head back to school for three more weeks after Thanksgiving break, but these last few weeks have been some of the best weeks I have had on campus!

When I was looking at colleges, especially liberal arts colleges in smaller towns, I was definitely curious about what students did in their free time and whether they made it off campus. The answer is that they do make it off campus and into nearby cities! I went to my first NBA game in early December and, on the same evening, another friend was bussed to a performance of the musical Wicked in the Greater Cleveland area. I have been an NBA fan since middle school when I started playing basketball, but despite my proximity to Cleveland, I never made it over to see a game.

It turns out that this event was student-organized; a student, whom I previously had not met, really wanted to see the Cleveland Cavaliers play and found the funding to hire a bus and receive subsidized student tickets for anyone else who wanted to come on a first-come, first-serve basis. Luckily, this opportunity was posted in the daily newsletter that we receive in our emails, the Campus Digest, so I was able to sign up right away.

On that evening, we waited outside of Wilder and then inside, because it was cold and the bus was delayed. Luckily, that gave us some time to purchase snacks at Decafé and chat with one another. Once on the bus, I struck up a conversation with another student who was also by himself. We found out that we had similar intended majors, and began comparing what classes we had enjoyed and found challenging. Since it was already dark outside and we were so engrossed in our conversation about environmental ecology, I didn’t know we had arrived until we pulled up outside the Rocket Mortgage FieldHouse. We made it just in time for tip-off! 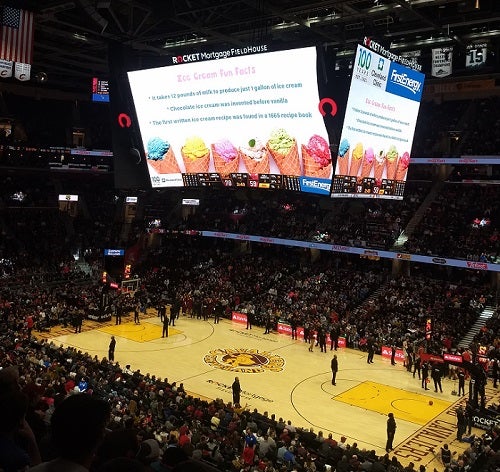 Overall, it was super exciting being in the arena and seeing these famous athletes in the flesh (including Tacko Fall!). Although I had not come with anyone, I got to know the people sitting by me really well, and we exchanged numbers in case there is another professional sports outing again.

Lord of the Rings in German

I checked a few other items off of my bucket list later on in the month: I watched the extended editions of The Lord of the Rings (LOTR) for the first time, I watched LOTR in German, and I marathoned any series for the first time. The German department here at Oberlin holds weekly events, including conversation tables, guest lectures, and movie nights! Sometimes, the films are German or were produced in a German-speaking country, but Max Kade House (aka German House) also hosts events to show movies that have been dubbed in German. Apparently, many films in other languages are dubbed in Germany, so the results are impressive compared to attempts in other languages (or so I have heard). Unfortunately, I missed the showing of Harry Potter and the Sorcerer’s Stone in celebration of the 20th anniversary, but I made sure that I wouldn’t miss the 20th anniversary of The Fellowship of the Ring!

The day started at 9:30 am and ended around 10 pm with short breaks for meals. I left a couple times, once for a biology problem-solving session during The Two Towers and once for chemistry tutoring during The Return of the King (love the life of a potential STEM major). However, I know the movies pretty well, so I made it back in time for the Battle of the Hornburg (Helm’s Deep) and the Battle of the Pelennor Fields, respectively.

It was really fun to relax and watch some of my favorite movies while gaining immersion experience! It was also nice to find a community of diverse spectators; some people were life-long fans of the books and movies, some had only seen the movies, and some were not familiar with the series at all. Some people only stayed for a couple of hours, but a core group was there from start to finish. After a long semester (that is still not quite over), it felt good to end that part of the semester with a bang and reward ourselves for our hard work. These past few weeks have made me feel very grateful for the experiences I have had on campus so far and excited to spend more time finding and building community in the new year! 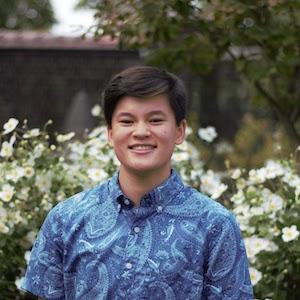