I can't believe I haven't written a blog post in a month! I'm happy to be writing here again. It's been a really busy time, as every student organization is trying to put on their fair share of events before the end of the year. The amount of homework I've had has increased significantly, but so has the amount of sunshine in Oberlin! I've been very happy about the newfound option of leisurely evening walks and have loved lying out on Wilder Bowl with my friends and soaking up the sun.

Surprisingly, I ventured outside of Oberlin this month and went to Hampshire College in Massachusetts for the Civil Liberties and Public Policy (CLPP) conference with other members of Students United for Reproductive Freedom (SURF). We met at 3:45am on a Friday morning for our ten-hour drive, and drove back on Sunday - yes, there was a lot of car time, but that's nothing that some good conversation and Rihanna's new album couldn't fix!!

At CLPP, which is centered around reproductive justice, I had the opportunity to attend an abortion speak-out for the first time. For two hours, people who had had abortions got onstage to tell their stories. It really affirmed the importance of listening to people's actual experiences and centering their voices in the dialogues we have about abortion. It was, without a doubt, one of the most poignant parts of the conference.
I also got to hear several speakers at a plenary and attend FIVE amazing workshops! You would not believe how many pages of notes I took! Here's a quick rundown:

Loretta J. Ross, the incredible speaker who led this workshop, has done anti-Klan work and deprogrammed white supremacists in her many years of activism. I felt so lucky to hear her talk. She spoke about "call-out" culture and the need to call people in instead (when appropriate - sometimes you need to get mad!), to avoid dehumanizing people who are still learning. She said that privilege is when a person gets something at the expense of someone else, and defined racism as being at the intersection of power and privilege.

My biggest takeaway: White people need to talk to other white people about race. That's our responsibility as allies. We can't be so afraid to mess up that we don't even try. Silence doesn't help anyone. We need to use our energy to educate other white people about race so that people of color don't have to. We need to communicate with people in terms that they understand, in a language that they are willing to hear. We must have these conversations.

This panel was made up of four individuals, plus a facilitator, who had experiences ranging from researching the political Right to advocating for intersex rights to helping people with HIV and AIDS. Being in a space where no one assumed that anyone else was straight was so refreshing and fulfilling. The panelists spoke about how heteropatriarchy, white supremacy, and capitalism work together to oppress and to "other" people. Coincidentally, that process of "othering" is what I plan on studying as my focus within the Comparative American Studies major! I loved this workshop!

Three indigenous people shared their experiences living on reservations in Oklahoma, New Mexico, and South Dakota. The panelists also spoke about environmental racism (here's a great article about it) and the lack of indigenous professors in colleges, as well as many other topics. I was very honored that they spoke with us, and left with anger and sadness about the oppression that has occurred and continues to occur against indigenous communities in this country.

Fighting for Reproductive Justice in Prisons

This workshop was very eye-opening. Three of the four panelists had been incarcerated, again reminding me of the importance of amplifying lived experiences in discussions that typically only include data and secondary sources.

I was most affected by two aspects of the talk. The first was the fact that when people go into jails and prisons, they are leaving their communities, communities which often depend on that person to function. The state violence of removing someone in that way hurts so many more people than I typically imagine. Secondly, pregnant incarcerated people often get shackled on their way to the hospital, while they're in labor. They can't even touch their bellies and the shackling often intensifies their pain. I encourage you all to check out the Prison Birth Project to learn about the incredible work they're doing against shackling.

I wish everyone could take this workshop. The panelists spoke about "broken windows" policing, in which police forces approach work with the mindset that people who do small crimes are likely to engage in major ones later. This leads them to arrest individuals for "disorderly conduct" anytime they perceive them to be deviant, even if they're just standing on the side of the street. Who is perceived to be deviant? People of color and queer folks in particular, though anyone who is hypervisible in public space is in danger.

One panelist said that the most important part of activism is listening to and engaging with the community you intend to support. You need to know what needs people actually have, not simply the needs you think they have.

All in all, my weekend at CLPP was incredibly revitalizing, not only because it reminded me how much incredible community organizing is going on outside of the academic world in which I currently live, but also because I got to know people from SURF so much better. Sometimes it's hard to form connections when we only meet for an hour a week, so getting to laugh and Snapchat face-swap and discuss social justice with them was special to me. Even though sometimes I still have a hard time being so far from home and I feel a little alone, experiences like CLPP remind me that there are many wonderful people at Oberlin (and in the world!) that I just haven't met yet. I can't wait for next year's conference!! 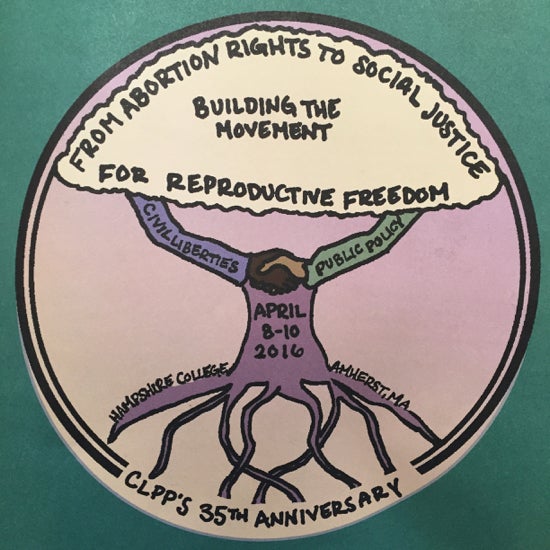