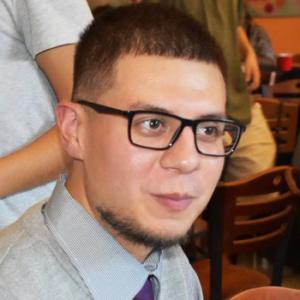 Brian made the transition from an urban city kid to a small town scholar upon completion at Social Justice High School in 2014. He comes from Little Village, a Mexican ethnic enclave on the southwest side of Chicago where he was born and raised. After participating in three nerve-wrecking interviews, he became a recipient of the Posse Leadership scholarship for Oberlin College.

At Oberlin, he chose to be a sociologist studying social inequality through a micro and macro lens, mostly within but not limited to the context of race/ethnicity and urban scholarship. He’s also always wanted to be a good writer, so he chose to minor in Rhetoric and Composition to work on his craft. During his final year, he’s working on completing his Honors research project on education policy and the experiences of young men of color from a high school in Chicago.

Aside from scholarly work, you’ll find Brian all over campus. He is a co-chair of La Alianza Latinx, a Mellon Mays Undergraduate Fellow, a Writing Associate, and former rugby player. His commitment to community and community-oriented work has defined his experiences at Oberlin. He’s also a huge sports fanatic, especially basketball. Derrick Rose and Kobe Bryant are his two favorite players.

Tune in to his blog to learn more about Brian’s experiences, thoughts, and lessons while at Oberlin!

What comes next? An Update

The sky’s the limit.

I didn’t grow up with rugby. Basketball and football were the sports I was most familiar with.

Celebrating and Reflecting on My Journey in Central America

Today marks the one-year anniversary of my study abroad experience in Central America.

Winter term is one of the best ideas that Oberlin offers.

“What comes next?” The Arduous Process of Applying for Graduate School

“What comes next?” I cringe every time someone asks me some version of this question.

How does a young brother like myself get to Oberlin? More importantly, why?