After a short-lived athletic career in high school, I came to Oberlin knowing I wouldn’t be playing a sport. I routinely played pick-up basketball the summer before arriving at Oberlin in 2014, so I thought I’d be able to continue hooping. In fact, a couple friends and I decided to join forces and enter Oberlin’s intramural basketball league that fall semester. But I never imagined playing any other sport here.

I lived in Kahn Hall my first year. I got many eye rolls whenever I said that because Kahn is considered one of the nicest dorms to live in on campus since it is the newest living space that provides residents with A/C but not everyone got to live there. During orientation week, I was headed to the gym to play pick-up, but found a group of young men (some who I met early in orientation) laughing together and tossing a ball around in North Quad. Phil, a senior then, kicked what looked like a football, but it was shaped differently and was slightly larger. Is this some sort of sport? I thought. Then I remembered that another Oberlin student told me that there would be a rugby practice happening that day to recruit first-years to join the team.

“Come play with us,” one of the players said loudly. I realized I was awkwardly staring at them practicing too long to not stop and join them. I grabbed the ball closest to me and couldn’t figure out how to toss it, but I tried it. “Good pass! You’re a natural,” they said. The ball ricocheted on the ground. I knew this tactic. They affirmed that the pass was a “good” one even when it wasn’t because they wanted me to join. Their tactic worked, and I stayed for the remainder of practice. We even played a game of touch rugby with slight contact. It was fun. But I had no knowledge of the rules and norms of the game. I didn’t grow up with rugby. Basketball and football were the sports I was most familiar with.

“You should join rugby. We’re a club sports team, the commitment is not the same as varsity,” said one of the second-years on the team. Tempting, I thought. But I told them I’d consider it. At the end of that practice, I went to the gym to see if the guys I had originally scheduled to play pick-up with were still there. I also never went to another rugby practice that semester.

Some time had passed-- a full semester actually. After winter term break, I ended up giving rugby another try. Some guys on the team kept asking me to join the team. It was a chilly Saturday afternoon and next thing I knew, I was suiting up for the game. I didn’t have cleats for that game. The last pair of cleats I owned were in my last football season during my junior year of high school. Luckily, a senior on the rugby team lent me a pair he wore once that season before injuring his ankle. I didn’t play much the first half. This was a relief. I had no idea how to even play, so I was fine with cheering the team from the sidelines. Then the second half of the match came. “Come on the field!” a new teammate of mine shouted. With rattling knees and a rapid heartbeat, I managed to pull myself together and run out into the field. I had no idea where to position myself, but the seniors on the team directed me to the spot I was filling in. The whistle blew, the ball was kicked to the opposing team, and I ran down the field full speed. I tried to tackle the player on the opposing team who caught the ball, but foolishly missed. “Get up,” I told myself. We got the ball back from a turnover a couple plays after. I set up a pod, was handed the ball, and BAM. A rival player hit me, HARD, and then laughed. Phil, the senior on the team, picked me up and said, “Don’t worry, I got your back.” Next play, he sets up a pod, gets the ball, and trucks the player who just hit me. We got the last laugh. More notably, in this moment, a brotherhood initiated for me.

Being from Chicago exposed me to gang vendettas and violence that was prevalent in my neighborhood. I formed a strong brotherhood with my high school friends and ensured that we would protect each other from such gang influence. Oberlin, being a small city in Northeast Ohio, was different. I didn’t think I’d find friendships where we looked out for one another like the ones I fostered back in Chicago. When the senior rugby player told me he had my back, I remembered the other times I’ve heard those words at home. I recalled the sense of safety and belonging I felt when I heard those words. Because of this, it was no accident that I gravitated towards the team more. I felt more comfortable being a part of the team where I knew my fellow Gruffs were looking out for me, both on and off the pitch.

Much to my surprise, I became a club sports rugby athlete. Who would've ever imagined? Sports became a part of my life again. Two weeks ago, I played in my last rugby game with the Oberlin College Men's Billy Goat Gruffs. I guess you just never know what’ll happen or what you will be involved in once you come to Oberlin. 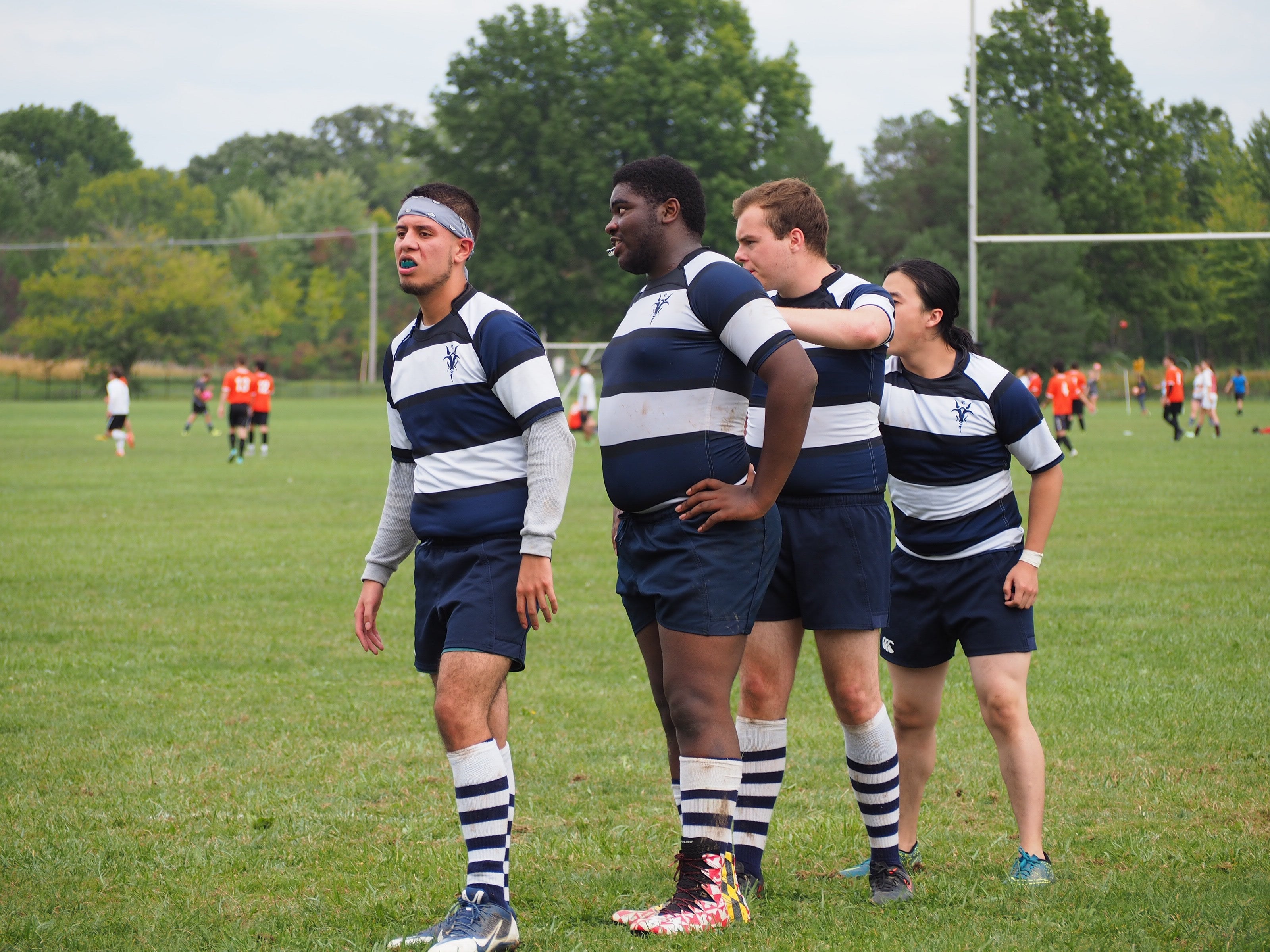 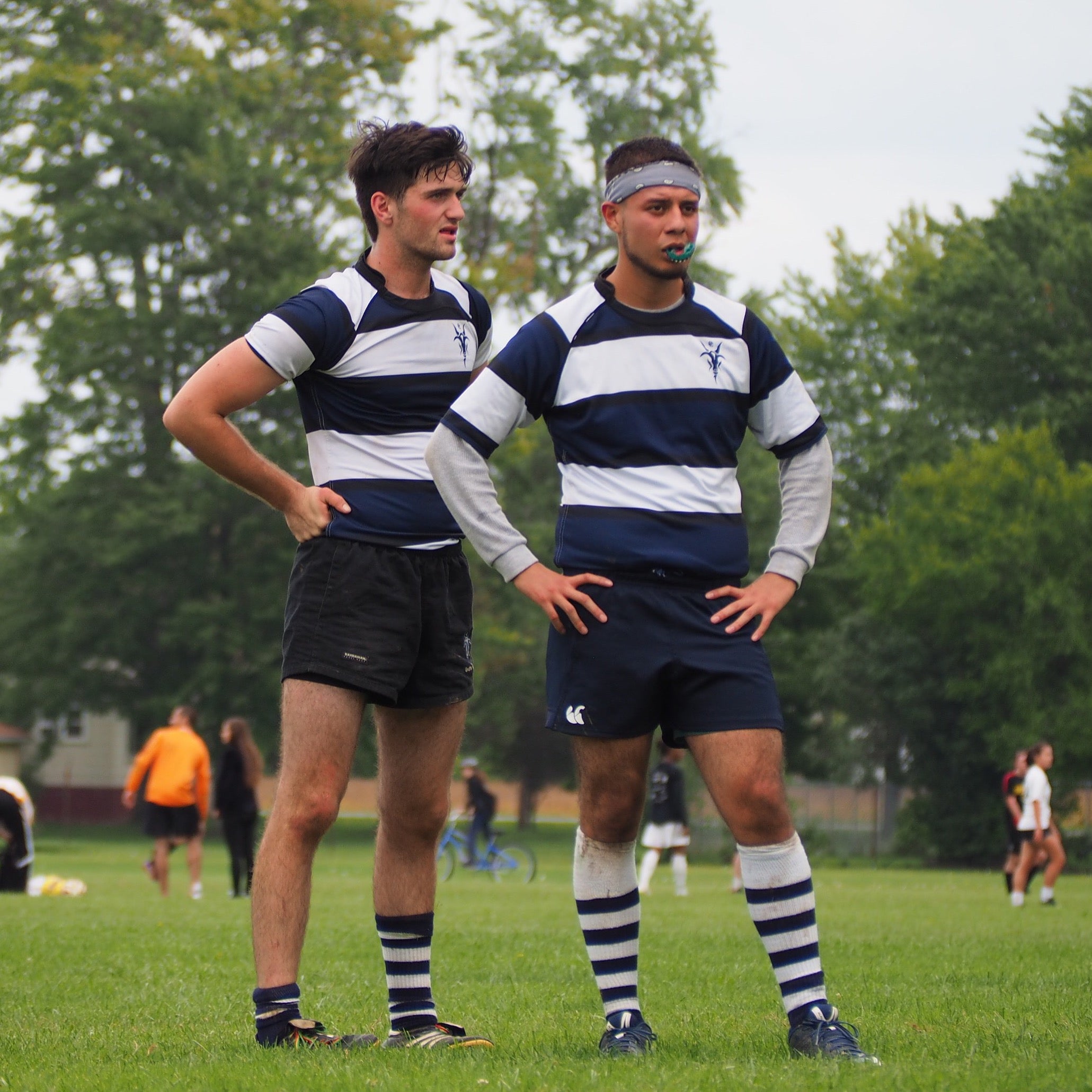 Spring Break in the Smoky Mountains

The Oberlin College Outings Club provided us with everything we needed for a great backpacking trip!

I blinked and the semester is already halfway over.