Many Obies have a distinctive memory about how they were admitted to Oberlin. College acceptance letters are exciting, after all. I've heard people recount the time and place, what they were wearing, and the celebration that followed. I can't help but feel a little bitter when I hear these stories. You see, around this time three years ago, when many of my current Obie friends were opening hefty envelopes with detailed instructions for the start of their Oberlin journey, I was opening a letter far too slender to carry good news. I was not on the list of accepted students.

I was, however, on another list - the waitlist. The letter was kind, but the meaning was the same: I did not have a guaranteed spot at Oberlin, and after months of waiting, I was going to have to wait even longer. I did not react well to this news. Oberlin was my dream school. It was a place where my music, athletic, and academic talents would be challenged, and I had often daydreamed about walking through the crimson and gold leaves of Tappan Square in the fall.

Part of why this news was so hard for me was because it was the first real "rejection" I had ever received, and it was fairly unexpected. I had done everything "right" in high school. I took the most difficult classes offered, was involved in just about every study organization possible, and I even had a stellar record in track and field to offer the college. Balancing all of those things for my four years of high school had been exhausting, but it had always seemed worth it because of the (albino-squirrel-white) light at the end of the tunnel. That light for me was Oberlin, and when my waitlist letter came, everything that I had done in high school seemed to be for nothing. I took the decision personally, because to me, it was. I had put my heart and soul into the application, given the very best I could have, and it still wasn't enough.

On May 26th, I took my father to see X-Men: Days of Future Past for his birthday. As any considerate movie-goer should do, I shut off my phone. When I turned my phone back on, I had a text from my mother saying that Oberlin had called, and I was in.

I didn't quite know how to feel. I had worked very hard in the two months that had passed to "move on" from Oberlin. In many ways, I felt like a spurned lover whose beloved had finally come back with open arms (and a tempting financial aid package). Still, I was resentful from my initial rejection. I didn't want to want Oberlin anymore.

"I'll consider it," I said indifferently, probably with a hair flip, to my parents.

I quickly came to my senses about the decision. Oberlin was still the best choice I had out of the schools I had been accepted to, and my dream of going there had never really died. I awkwardly called the coach of the school where I had submitted my deposit to let him know that I would be going elsewhere, got Chinese take-out with my family to celebrate, and signed up for housing and classes.

From there, everything should have been fine. After all, my college admissions story had a happy ending and I was going to attend my dream school. But as orientation drew closer, I found myself filled with more doubt than ever. What if there had been a reason I wasn't initially accepted to Oberlin? What if the academic workload was going to be too hard? The doubt that my initial waitlisting had brought me came back, full force. I approached my classes with trepidation, and avoided talking about the college decision process with my peers. I felt embarrassed that I hadn't been admitted "normally" and thought people would judge me for it. I'm happy to report that that hasn't been true at all. In fact, a surprising number of people I know at Oberlin also were accepted off the waitlist. Many of those people are some of the smartest, most driven and talented people I know. Coincidence? I have a theory about that.

When I was waitlisted at Oberlin, I thought it was the worst thing that could have happened in my college admissions process. However, hindsight plus three-fourths completion of a liberal arts degree has taught me to analyze beyond the surface level of any situation. In many ways, being waitlisted at Oberlin taught me much more than a regular acceptance letter could have. Although it brought with it doubt and insecurity, I used those as fuel to motivate myself. I came to Oberlin with something to prove, both to myself and to the institution. It pushed me to work harder, and appreciate my spot at Oberlin more than I would have otherwise. I remember midterms week my freshman year, while everyone else was complaining about school work and lack of sleep, I was thinking to myself, "Wow. I have three papers and an exam in the next 24 hours. But I am just so lucky and so happy to even be here."

If you are reading this because you have been waitlisted, I imagine that you are less interested in the emotional journey I've recounted, and more interested about the practical stuff. How did I get off the waitlist?

Well, the first thing I did was let Oberlin know of my intention to attend the school if I was taken off the waitlist. I informed the admissions department of that in whatever way my letter had directed, but I also sent a personalized letter to my admissions counselor. I included a list of my recent activities that I thought might interest Oberlin, things I had done or accomplished since submitting my application, like placing as a state finalist in a national poetry competition and organizing a fundraiser for a domestic violence prevention center. I let the track coach at Oberlin know that I still wanted to attend, and asked not to be contacted unless it was with good news. And then, I tried to move on.

I set up an appointment with my high school guidance counselor to talk about what my best option for college would be moving forward, and submitted my deposit at a small college in Indiana. I continued to apply for outside scholarships to fund my college education, and I took my AP exams and finals. Life went on. The biggest advice I have for anyone on the waitlist is to keep moving, and not to let the disappointment bog you down. Do what you can to demonstrate to the admissions office that you are a more accomplished candidate than ever, but then try to get excited about your other options. The reality of the situation is that you might not get into Oberlin, and that's okay. Even if you do get in, there will be other waitlists and flat-out rejections in academic, professional, and even social settings. They aren't easy, they aren't fun, but they are an important part of life. Many times, these rejections will be a blessing in disguise. I don't think it matters so much where you go to college, what summer internship you're accepted to, or what award you win. The important thing is that you work hard, enjoy yourself, and take advantage of every opportunity afforded to you.

The road to your "Oberlin," whether it ends up being Oberlin or another school, might be more zigzag-ed than others, but you'll have learned more from it and be just as ready to excel there as anyone. And who knows - you just might find yourself getting paid to write a blog about the experience for the very same office that didn't accept your application in the first place. 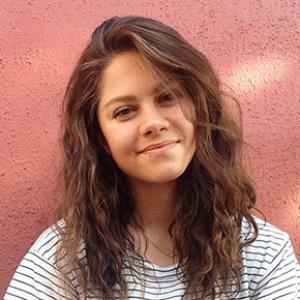