Oberlin's chess team made history in December by winning its first division title at the Pan-American Intercollegiate Team Chess Championship and the award for Top Four-Year Small College. The team finished 22nd in the tournament overall, solidifying Oberlin as one of the top collegiate chess teams in the Western Hemisphere.

The chess team was simply an idea sparked by a conversation in February 2012 between third-year economics major Kalind Parish and Constantine Ananiadis, the varsity women’s tennis coach, who has a passion for chess. What started as a few games at TGIF has become a club with a core of 10 members, eight of whom competed in the Pan-Am in December. Composed of first-year students Walker Griggs and Linda Diaz, sophomore Ben Stern, and senior August Olsen, the team went 3-3 and finished 11 spots above their initial seed.

According to Ananiadis, this is just the first of many successes for the chess team. “The core of our members are fairly young,” he says. “My hope is that we can send two teams to Pan-Ams each year.” The A-team is also hoping to move up to Division III next year.

Even with the big wins, the Pan-Am is not the only focus of the chess team. They have also started two after-school community chess programs, one at Prospect Elementary School and the other at The Bridge Community Center. “Seeing the impact the club can have on the community is really rewarding,” said Parish. “It’s great to help the kids learn how to think critically and be creative.”

Oberlin will host the Ohio State Championships in December of 2014 and is putting together a bid to host the Pan-Ams in 2015, which would bring nearly 300 players to Oberlin. “It would be chance to popularize chess a little more here, and it would be a great opportunity for the town,” said Parish.

History graduate Anna Bauman ’17 is building a career path in radio. Currently, she works as an associate producer for NPR’s On Point. 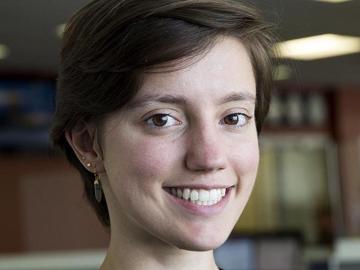 Double-degree student Abby Cheng has been selected to play on the Women’s National Team at the WFDF Ultimate Championships this summer in Heidelberg, Germany. 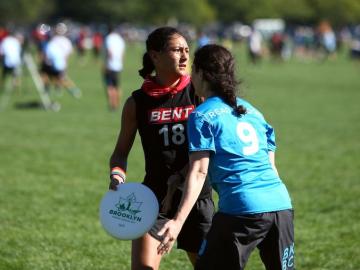 Whether playing Quidditch on the Oberlin Obliviators or becoming a member of the Oberlin Harry Potter Alliance, fans of the magical book series can find a little bit of Hogwarts on Oberlin's campus (and not just by looking at Peters Hall). 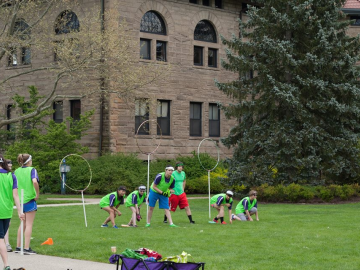