This once-niche sport, created by author J.K. Rowling in the Harry Potter series, found its real-world home on college campuses. It first surfaced at Middlebury College, and the Obliviators are Oberlin’s own enthusiastic and dedicated team.

Maya Martin, a fourth-year Gender, Sexuality, and Feminist Studies major with an education concentration, has played on the team for three years and describes the sport as “dodgeball, rugby, and tag put together,” with volleyballs, dodgeballs, and lightweight PVC pipes standing in for the respective quaffles, bludgers, and broomsticks that are used in the books.

But lest the literary origins confuse anyone, Quidditch is definitely a bona fide sport, albeit a more low-key one. Tara Santora, a second-year biology major, has found her skills in jujitsu grappling to be an asset while playing, but says that at Oberlin “we try to say that anyone who wants to play, can play.” People of all athletic abilities are welcomed.

Olivia Konuk, a third-year GSFS major and computer science minor who is one of the team co-captains, says, “I think we always want to be improving and honing our skills, but we don’t care too much about the winning and trampling the other teams.”

“But, we have won games!” Martin says enthusiastically.

It’s not an ultra-competitive atmosphere that attracts students to Quidditch— rather, “it’s the community that draws people in and keeps them here,” says Ilan Davidowitz, a second-year sociology major who was hooked after catching a glimpse of the Oberlin Quidditch culture as a prospective student during a recruiting visit. “I decided I wanted to come to Oberlin because of the Quidditch team— because of how awesome, down-to-earth, and friendly everyone was.”

Another place Harry Potter-influenced inclusiveness can be found is in the Oberlin Harry Potter Alliance (OHPA). A club whose membership does overlap quite a bit with the Quidditch team, OHPA is less about sports and more dedicated to hosting events in tribute to Rowling’s magical universe.

As a chapter of the national Harry Potter Alliance, which promotes equality, human rights, and literacy through the enthusiasm and intense devotion that the Potter-world inspires, all proceeds from OHPA events are donated to different organizations and causes based on a group vote.

And the group doesn’t only try to spread Harry Potter-related enthusiasm on campus. Members regularly participate in Dr. Seuss Day at the Oberlin Public Library, getting kids involved in skits steeped in Harry Potter-lore. The logistics of how to let the kids meet Bowtruckles or Pixies, and on who can be found to play Hagrid, are of the utmost importance.

“The Yule Ball is the most fun I’ve had at college I can remember,” says Maddie Henke, a first-year and the student liaison for OHPA. “I’ve made some of my closest friends at college when the OHPA went apple picking together— it makes me feel at home.”

Whether through the OHPA or the Quidditch team, or both, a certain appreciation for Harry Potter is a path to a community that can be one of the most meaningful parts of the Oberlin experience.

The experience of Emilee Taxman, second-year Studio Art Major and the OHPA Publicity Coordinator, sums up the potential of being a part of such a fun and close-knit group: “As a prospie I got to referee a Quidditch match, and I just thought, ‘Oh, this is a place where I can actually fit in! I felt so welcome, and now my Harry Potter people are some of my favorite people on campus.” 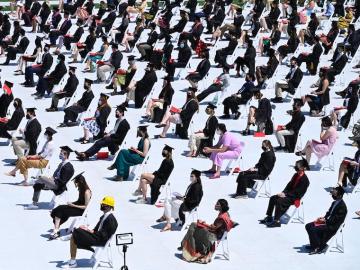