In the arena of scholarships, prestigious internships, and Fulbright grants, Oberlin students are well represented. In the last decade, the college has become a top producer of Fulbright recipients among liberal arts institutions. This year, nearly a dozen students earned coveted Fulbright English Teaching Assistantships that will place them in countries across the globe. That’s a worthy contribution considering there are 1,700 slots available for students in the United States.

The achievements are well rounded, too, with awards going to students in the sciences, humanities, and the arts. The Goldwater Scholarship, which is the premier undergraduate award for students majoring in math, science, or engineering, chose three Oberlin students this year, one of whom is a double degree candidate. Five Obies have won a Dalai Lama Fellowship since 2011. And for the second consecutive year, an Oberlin student has been selected for the Grand Award for Excellence in Visual Arts by the The Association of Independent Colleges and Universities of Ohio (AICUO).

A look at the awards and fellowships were awarded through Spring 2014.

AICUO Grand Award for Excellence in Visual Arts: Brannon Rockwell-Charland ’14, Africana Studies and Visual Arts double major. The Grand Award is the highest honor in the competition, in which fourth-year students from AICUO schools are nominated by their department chairs. This summer, Rockwell-Charland will intern for mixed-media artist and New York University professor Lyle Ashton Harris in New York.

Dalai Lama Fellowship: Noa Fleischaker, third-year anthropology major and dance minor. Founded by the 14th Dalai Lama, the fellowship’s mission is to “build a global network of young social innovators working at the intersections of peace, justice, and ecology.” Fleischaker is developing a series of children’s books, conversation guides, and workshop curriculum to teach Jewish American children about the Israeli-Palestinian conflict.

National Oceanic and Atmospheric Administration (NOAA) Ernest F. Hollings Scholarship: Kathryn Hobart, second-year geology major and chemistry minor. This two-year award provides up to $8,000 in tuition assistance for both years, and a 10-week, full-time summer internship at a NOAA facility during the second year.

NSF Graduate Research Fellowship: Jocienne Nelson ‘14, physics major with a math minor. Fellows in the NSF graduate research program receive three years of financial support, with an annual stipend of $32,000 and a $12,000 cost of education allowance to the graduate institution, as well as international research and professional development opportunities. Nelson has been accepted into Cornell University’s PhD program in physics.

U.S. Department of State Critical Language Scholarship: Joseph Lubitz ’14, comparative literature major. This program’s language institutes cover about one academic year of university-level language coursework during a seven- to 10-week program, and are designed to meet the needs of students from a variety of language levels and backgrounds. Lubitz will receive intensive Japanese language instruction at Himeji Dokkyo University in Himeji, Japan.

A $750,000 Andrew W. Mellon Foundation grant will help the college support curricular revision and enhancement through programs focused on the connected learning experience.

Prestigious honor will support two years of graduate study in the United Kingdom following completion of a double degree. 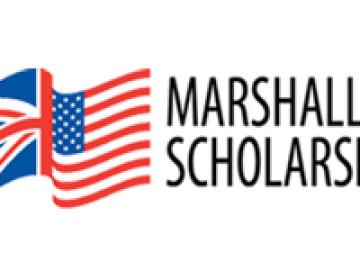 A politics and law and society double major, Kassen hopes to pick up one of the many different languages in Malaysia.
View all News Releases