Theo Croker, a 2007 graduate of Oberlin Conservatory who has cultivated a distinguished and varied career as a jazz trumpeter, vocalist, and producer, will return to his alma mater for a performance on Wednesday, December 15.

Presented by the Oberlin Jazz Society, the concert begins at 9 p.m. in Finney Chapel. Admission is free.

Croker’s band will include fellow Oberlin alumni Michael King '21 on piano and Shekwoaga Ode '17 on drums, as well as bassist Eric Wheeler and singer D'LEAU.

After completing his studies at Oberlin, Croker spent seven years in Shanghai, immersing himself in musical styles—among them salsa, fusion rock, and hip-hop—that deepened and complemented his grounding in jazz. While there, he completed a five-month residency at the Shanghai House of Blues and served as music director and bandleader for a late-night talk show. 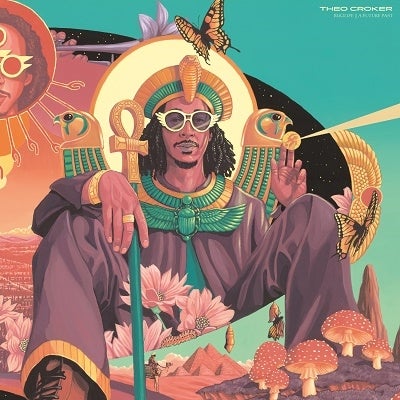 He returned in 2014 with his third studio recording, Afro Physicist, on which he collaborated with venerable jazz vocalist Dee Dee Bridgewater. Croker's 2019 release, Star People Nation, was nominated for a Grammy Award in the Best Contemporary Instrumental Album category.

On his self-produced latest album, BLK2LIFE // A FUTURE PAST, released in summer 2021, Croker teams up with musicians ranging from Wyclef Jean to Oberlin mentor Gary Bartz to Oberlin collaborator Kassa Overall ’06. The album blends elements of post-bop, funk, and electronic music.

Upon the release of BLK2LIFE, Croker appeared on The Late Show with Stephen Colbert alongside Jean and yet another collaborative partner, Jon Batiste.