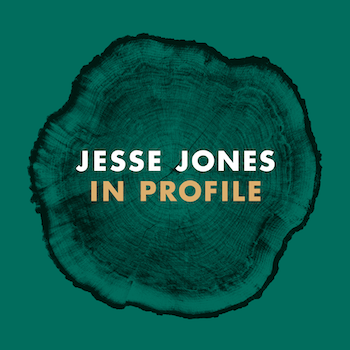 The music of Jesse Jones has been described as “striking,” “elegant,” and “poised” by The New York Times and as “engaging” and “eerie” by The Los Angeles Times.

Now a new recording of five disparate works by the Oberlin faculty composer could expand the roll call of superlatives.

Jesse Jones: In Profile, released on the Oberlin Music label and available for download December 3, offers a glimpse into the composer’s wildly varied musical language, providing a six-year snapshot from his prolific two-decade career. Each of the pieces included is a recording premiere.

Jones writes for soloists and ensembles of all sizes, and for an ever-growing list of collaborative partners. He is joined here by the Oberlin Contemporary Music Ensemble and Oberlin Orchestra, under the direction of Timothy Weiss and Raphael Jiménez, as well as a host of fellow Oberlin faculty: Richard Hawkins on clarinet, Alexa Still on flute, Robert Walters on English horn, and Drew Pattison on bassoon. Also featured are guest cellist Jeffrey Zeigler, pianist David Riley, and guitarist Dieter Hennings Yeomans, and Oberlin students Zheyong “Jerry” Xiong '19 (violin), Jeremy Kreutz '18 (cello), and Liam Kaplan '20 (piano).

In Profile opens with …neither am I a bloodless angel for cello and piano (2012), which borrows its title from the Chaim Potok book My Name is Asher Lev, about a young man torn between his family’s expectations and his personal ambitions—a situation Jones found himself in at the time of this work’s creation. “Reading Potok’s novel left an indelible impression on me,” Jones explains in the recording’s accompanying notes, “and one that inspired me to live my own life and create music as I saw fit: somewhere in the middle of all the polarizing isms and schools of thought.”

Snippet Variations for clarinet, violin, cello, and piano (2009) lightheartedly explores the link between past masters and modern-day composers, who sometimes strive to emulate the sound of their predecessors without appropriating any notes. Such efforts can result in a sort of creative pressure that Jones calls the “anxiety of influence”—a phenomenon he takes on here with good humor and no shortage of reverence for those who came before him.

So Eden Sank to Grief for double wind quintet (2014), named for a line in the Robert Frost poem “Nothing Gold Can Stay,” explores the notion put forth by the poet: that even the loveliest of creations eventually falls into decay. “Frost’s poem is fairly grim,” Jones notes, “but it somehow leaves me with a strange feeling of anticipation: a type of joy or thankfulness for the rejuvenation of nature’s golden hue.”

…innumerable stars, scattered in clusters for orchestra (2013) finds Jones pondering the life and work—and lingering inspiration—of Galileo, who scrawled the titular words upon glimpsing the cosmos through his invention, the telescope. The concept came to Jones during his studies as a fellow at the American Academy in Rome. “I would often wake up before the sunrise and walk to my studio beneath the very same sky Galileo had observed so many centuries earlier,” he recalls. “At these moments, when the city was still and the stars shone brightly, I would feel a deep connection to history, a special, timeless kinship with Galileo, and above all, an urge to be productive with my allotted time.”

The recording closes with Languido for solo guitar (2015), which was written for and is performed here by Jones' friend Dieter Hennings Yeomans. “Having studied several instruments over the course of my lifetime, I have come to believe that classical guitar…is one of the most difficult to fully master,” Jones says. “I have been trying for about 25 years now, with minimal success.” 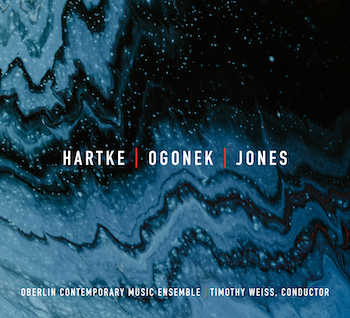 Jesse Jones: In Profile is the second Oberlin Music recording of 2021 to feature music by Jones. It follows the April release of Hartke | Ogonek | Jones, a collection of works by Oberlin Conservatory composition faculty that includes Jones’ 2015 piece One Bright Morning…, which once again reveals the lighter side of his artistry, through the sophisticated setting of a nonsense rhyme.