When attempting to demonstrate their technical abilities and idiosyncratic flourishes of style, it is customary for a creator to submit a piece constructed within an already-established, easily-identifiable form. That way, the tiniest variations from the expected execution are thrown into sharp relief, and the personality of the creator is disclosed. Thus do young poets write sonnets and sestinas, and thus conservatory hopefuls announce themselves with the same dozen Beethoven sonatas. I’ve noticed that a common practice among Oberlin bloggers is to provide a narrative surrounding the moment they realized they had made the right decision in coming here. This is my attempt to do the same.

It was Wednesday, if I remember correctly. My first morning on campus. Perhaps because of the whirlwind of orientation events I had been spun through the previous day, I had gone to bed early, and so I found myself waking up, quite naturally, at the extraordinary hour of 6:00 am (a time I see more often due to not yet having slept than to any habit of early rising). I showered (thankful for the way the morning emptiness of the hallway to the bathroom made it that much easier to navigate in a towel) and returned to select my outfit.

Now here I have to add that generally speaking, physical vanity is not among my many flaws. Many of my close friends have affectionately described me as “not able to dress himself.” Nevertheless, it just so happens that I’ve become rather proud of my collection of literarily and philosophically themed t-shirts. I can’t help but love my Samuel Beckett and my (sadly misplaced) Arthur Schopenhauer, my two William Blake paintings. But on this day, I felt I had to select a charming number, camp-counselor- blue, emblazoned on the front with the disinterested profile of that greatest of French novelists: Marcel Proust.

Next, I went to breakfast. The examination of my options yielded to a determined desire for French toast. I approached the line, and made my request. After having loaded up my plate, one of the servers, friendly of visage, dark of hair, asked me this one fateful question:

“Do you want a madeleine with that?”

I was so surprised that it actually took me a moment to understand the implications of what was being said here. For those who don’t know, a famous early episode in Proust’s famously great (and infamously long) In Search of Lost Time has the unnamed narrator dipping a madeleine into a cup of tea, the taste of which brings back a flood of childhood memories. This was the first time anyone under the age of 40 had recognized my shirt, and they had managed to turn that moment of recognition into the occasion for a joke, a sly acknowledgment of our shared relation to this great work of literature.

Everyone at Oberlin is passionate about something. But more than that, everyone gets excited about everyone else’s passions. On my first morning here, it became clear to me just how true that is, just how lucky I am to have ended up somewhere where I could find anyone to talk to about the things I love. That’s the kind of place I’m at, and it’s a place where anyone, if they get the chance, should try to spend some time. 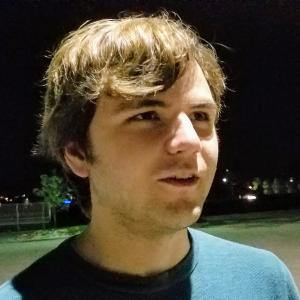 Somehow I managed to go four years without going to one of the most famous amusement parks in the country.

Looking Back on My First Year

My college experience memorialized and categorized in a series of bizarre, heartwarming, tender, and raucous memories.