I spent last Saturday afternoon planting trees. 'Planting trees' should be a euphemism for something dirty. But it's not. I actually spent the afternoon planting trees. I knew this tree-planting event was going down, and that a group of tree-planting hippies were leaving Stevenson at 1 o'clock, so I decided to play Minesweeper until 12:45 and then go. A series of procrastinatory events later, and I was out the door, having missed the 1:00 exodus of bikes from Stevie, but having produced a killer playlist of studying music, and having made minor progress on roughly five non-school-related projects. Success, in other words.

The weather was freaking amazing during my bike ride out, and I was feeling like maybe my long-sleeved tee was going to be overkill. The sun wasn't bright enough to be annoying or make me worry about a sunburn, and I had remembered to fill my pockets with turnips before leaving to ward off the evil tree spirits. Things were looking good. 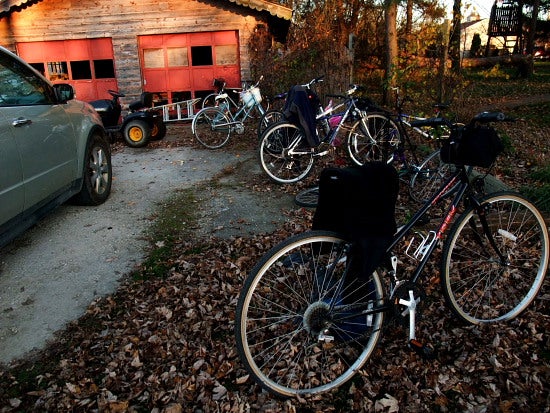 They continued to look good as I parked my bike in the driveway of a house next to a large expanse of completely overgrown prairie, a dozen or so bikes laid down in the grass next to the drive, and as mine joined them a cheery voice said, "Hey!"

An acquaintance from my Environmental Studies class. In fact, the girl who had organized the day's event and had told me about it last Thursday. Her cheery voice told me I could get started planting, but her cheery body was asking for something else. Not really. Not at all. I joined a group of other folks in chest-high growth 40 yards thattaway.

My friend Caroline was digging up some dirt next to a pile of cardboard when I saw her. We talked about trees for a minute before we got down to brass tacks. The whole process was as earth-friendly as possible. The project itself was an effort to sequester carbon (trees take carbon dioxide and turn it into sugar for energy and structural carbohydrates to grow big and tall), the work was all done with hand tools, we used cardboard around the saplings to suppress weeds, and used leaves and crap for compost to keep them alive over the winter. 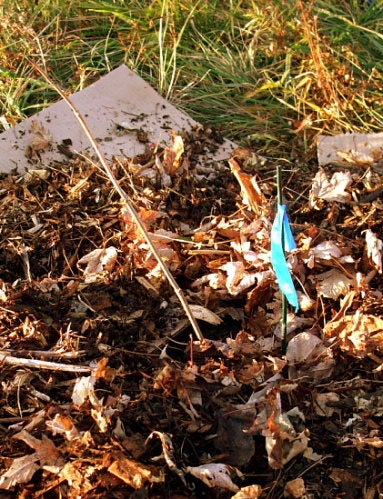 See it? It's the thing without the blue flag.

The manager of all this madness was Glenn Gall, local permaculture aficionado and generally cool guy. He came over when he saw new help had showed up and went through his detailed process for each tree planting. It was cool to get my hands dirty and stuff, especially since I haven't gotten to run or do anything more active than teach swim lessons, but it was cooler to see people working to make real changes. The plot, which was marked with colored flags and little piles of cardboard at 1:30, had 20-something little trees planted on it by 4:30, when I left. At around 4, a woman who may or may not have been Glenn's friend or significant other brought a basket of homegrown apples to all of us, and we took a little break to enjoy ourselves.

The day's activities were so different from what usually happens at Oberlin, and it was easy to see how people get distanced from things like where food comes from, since we hardly work at all to get food or anything else we can buy. For three hours of work, I got no money, and no school work done at all. I did get some stains on my jeans. I'll take it. 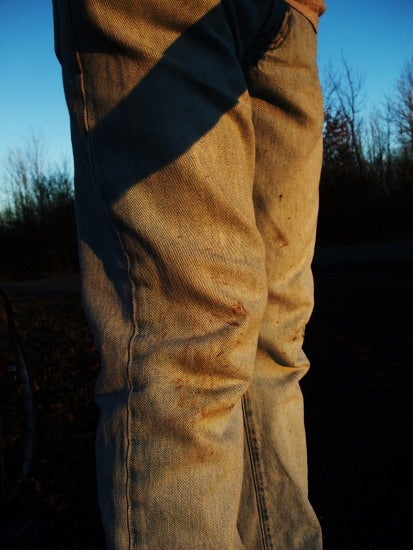 Fruits of my labor.

Sydney falls in love with teaching through SITES (Spanish in the Elementary Schools) and meets the child of a future colleague.