I find myself in recording studios fairly often, even if I'm not recording. The larger jazz department classes, like improvisation and big band, are held in Klonick Hall, the Kohl building's world-class studio. Also found in Klonick are electronically-controlled sound boards and microphones (they drop down from the ceiling!) and three Steinway grand pianos. Today, however, I spent some time in the TIMARA studio, located in the basement of the older conservatory building, Bibbins. 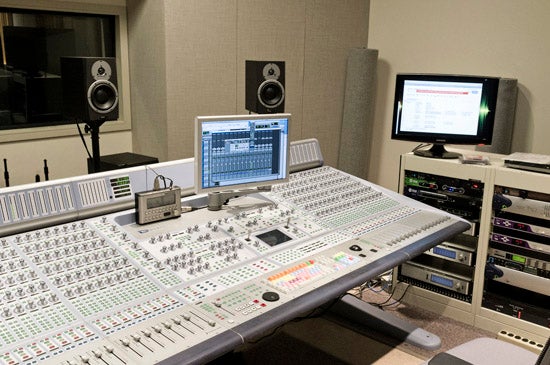 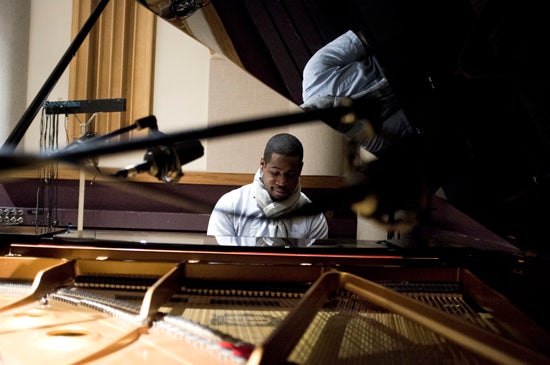 If you're reading this, you've probably never heard of these studios. You might never use them. But that's okay. Most conservatory students never venture into the basement of Bibbins, so they're a bit of a secret.

Two of my friends are taking a TIMARA class on recording this semester, and needed to log some hours behind the sound board, so they brought in a quintet of some of Oberlin's best jazz musicians for a six-hour studio session. I was invited to hang out and take some pictures during the set-up. I've recorded in this studio before - once for a movie soundtrack, and another time just for the sake of recording. It had been at least a year since I had been in this studio, though, and I was excited to bring a camera with me.

When you walk into a studio, the first thing you'll notice is how quiet it is. The reverberation of your voice and footsteps you'd normally hear is gone, as extraneous sounds are absorbed through the specially-designed walls. 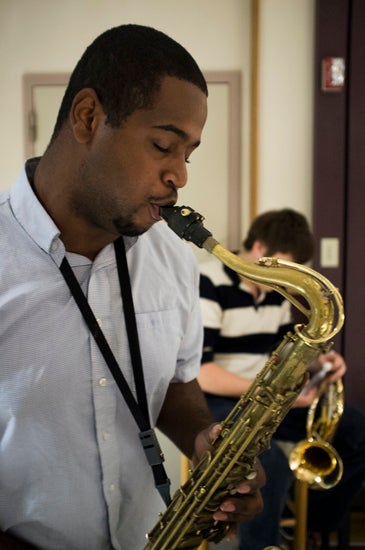 Each instrument gets miked differently - horn instruments like saxophones and trumpets are miked by the bell, where most of the instrument's sound comes out of. The bass gets miked close to the f-holes and strings, and the piano gets two microphones: one for the upper registers and one for the lower registers. 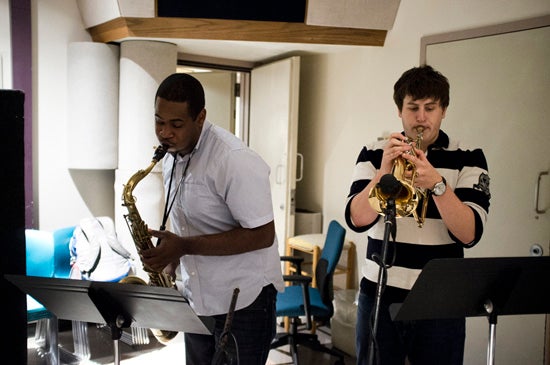 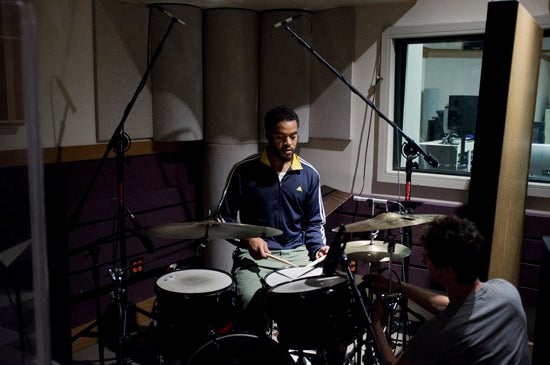 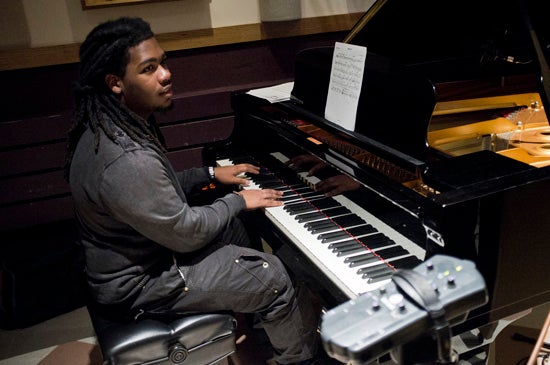 It amazes me how easy it is at Oberlin to do stuff like this. It would be impossible to walk into a studio in New York or Boston and record whenever you want, with no fee. Many conservatory students have never been in the TIMARA labs, and probably don't even know there are incredible recording spaces right under their feet. Oberlin has so many of these little gems hidden around campus, that offer a huge educational experience but aren't really advertised. Make it a priority to find them!

This... is really cool. Do you know how getting access works if you're not a Con kid? I assume you have to reserve them somehow. Do you have to be in a Con ensemble or something?

You probably won't be able to record yourself, as running the soundboard takes a lot of skill and experience. If you know someone who is taking or has taken a TIMARA class, you could probably get them to record you! Or just go down to the TIMARA studios and ask...the professors are really nice, and maybe one of the students in a class needs to record someone.

(regarding the above comments)

If you're not in the Con, even if you're a dedicated, serious musician (this is my stuff: subprimesloane.bandcamp.com) you almost certainly will be disappointed. I asked the TIMARA professors, and they will not let you in the studios no matter what. I told them that multiple members of my band had recording experience and that it was not a commercial endeavor. No good. If you know a TIMARA student, then maybe.

In summary, if you're not coming as a Con student, don't expect your participatory musical experience to necessarily be any better than at a similar liberal arts college without a Con (it's possible, but not at all guaranteed).

I'm not saying the author was intentionally being misleading, but I think an eager prospective college student could easily get the wrong idea from this article. I know I'm not the only one who was disappointed.

Obviously, if you ARE applying to the conservatory, the resources are great. And of course, the actual Con students do deserve priority. Unfortunately, there's often not much left over for the passionate college musicians.