I was on a run with Jacob last Commencement week talking about a terrible decision I made when I was very young. I don't remember it, but my family tells me (rather frequently) that I stuck a piece of corn up my nose. I must have figured the corn kernel must have been lonely, so I stuck a few more pieces up there with it. I had to visit the doctor to get them out. I believe the point this story had to do with the amount a person could fit inside their nostril, since Jacob had just gotten a gusher of a bloody nose and was complaining that the wad of toilet tissue that was in his nose was too big. Then again, I may have been making a point about how important it is to keep an eye on kids because curious children can do some weird shit with corn if you leave them alone long enough. My story finished, Jacob came back at me with "Why did you do that?"

"I don't know, I wouldn't do it today. Three-year-old Joe may have just wanted to know how deep those two face-holes went."

We had run out of corn talk, and pretty soon we were in a huge discussion about other orifices and identity. Jacob offered this stimulating query:

"How far back do you have to go before it stops being you and starts being old you? Like what age cutoff would you set for 'Adult Joe' and 'Young Joe'?" I realized we were into deep psychological stuff, not only because Jacob started smoking a cigar and asking me about my 'muzzer.' 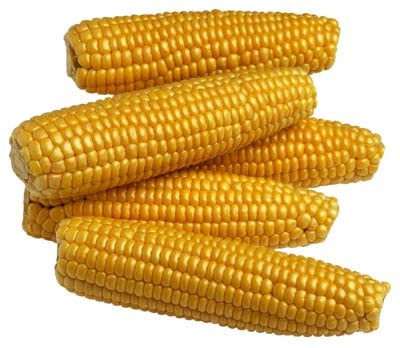 Oh, ho ho! You yellow traitor. It seems only fitting that the other thing my family makes fun of "Young Joe" for is the fact that I wore 'Husky' jeans in my younger days.

Anyway, while we hypothesized, queried, and mooted for a while, we didn't come to any real conclusions. Do keep in mind that during this whole exchange Jacob and I are running at a pace of 3 to 4 minutes per mile, stripped to the waist, pectorals gleaming, swatting away the female delegation from the class of '61 with other members of the class of '61. Impressed?

We both agreed that Identity can be marked by events or periods in your life, or perhaps that your identity can be affected by moves to new places, people, or events. I might consider "High School Joe" different from "College Joe," although they don't feel that different to me. How you identify can change with realizations you make: I decided I wanted to solve climate change problems as a career, and I feel like I changed a bit. I decided I wanted to be an engineer, and I changed a bit more. It's an interesting thing to try to relate to yourself, to see how similar you two are.

College can certainly be one of those turning points. It isn't always, though. I've heard things from a number of first-years like "Oberlin is so diverse" and "All the professors here are so good." I have my doubts that a person here for less than one semester is qualified to make assertions like that. In truth, these points are true in admissions brochures, and can be, but are not necessarily true in one's experience. If you seek out diverse people, you will find them without much trouble here. It is not uncommon to see people cordon themselves into their own little groups and not leave them, too. If you work hard, you will grow as a student, but there are those who do an awful lot of academic 'skating.'

I don't think you should fold your arms over your chest and expect Oberlin to try to impress you, but regarding it as a stronghold of cultural diversity, social activism, and academic intensity without finding out first whether it's true or not is similarly unhelpful. Just like you can't presume to know how many pieces of corn will fit into your facial cavities until you fill them to capacity, finding people who think differently than you and working hard in your studies might change who you are, but assuming they will is dangerous.

In Survey of Renaissance Literature my second year, first-time Oberlin teacher Wendy Hyman challenged us by giving us hard passages to read then asking us to make connections to other poems, stories, plays, and paintings we had seen earlier. Occasionally the class would finish with a really good discussion and she would say, "Good job, you guys. This is like graduate school stuff. No, really." Maybe we were being flattered. I know there were some really smart people in the class who did good work that semester. Professor H. had spent around five years at another college teaching, and she did seem genuinely impressed with us academically. She also left this other school not long before she would have had a tenured position for the opportunity to come teach at Oberlin, which was telling.

This particular class met at 9 in the morning Monday, Wednesday, and Friday. Professor H. had dropped hints early in the semester about how she didn't appreciate people being late, even early on a Monday. She really didn't care for anyone starting to nod off in class. Still, folks came in late on Mondays, sometimes three or four people would stream in intermittently 5-10 minutes after class started and create a minidisturbance every time. She took it personally. One day, she bawled us out about being late and asked if we had any solutions. We figured out a system to quietly penalize latecomers and not interrupt classes anymore, but for the rest of the semester nobody really came in late. We all realized we had been a little inconsiderate, some people may have been used to showing up to classes on "Oberlin time," but it was pretty disrespectful. The things I had been told about Oberlin students was very much true in terms of scholastic potential, but my preconceptions about just how perfect students are here changed quite a bit.

That was an amazing blog. Now that I'm writing blogs I worry a lot about how to capture that one, unambiguous snapshot of Oberlin, and then I spend a lot of time worrying about whether a) I'm qualified to write about a moment that could be considered completely representative and b) it's possible to really describe Oberlin in one moment or one emotion. So far I have enjoyed a lot of things here but I have also been really miserable sometimes.

Speaking of how we see ourselves: I had an interesting discussion with some folks a few weeks ago about when we begin to classify ourselves as adults. There's no specific age, or landmark, or anything, really, to define ourselves as adults, and yet, one day, we just are. I would say that the time we spend in college is so much an in-between time, but there are so many moments that we have that signify being an adult. Identity crisis much?

E- I think part of the issue is that, with writing generally, there are moments that can illustrate a handful of points, but couldn't possibly capture the entirety of love, family, grief, or Oberlin. Being miserable comes from chemical imbalances. Eat more 4th meal.

M- Maybe a problem with defining the terms? I don't mind if someone calls me a 'young man,' prickle a little if I'm a 'boy' to someone, and would feel extra weird if someone called me a 'man' or an 'adult,' even though I guess I've been legal for like, five years now. I think I need to own it and start wearing slacks or go the other direction and dig up some of my JnCo jeans

This is a great blog. I've been wrestling with this for a while, how to say that Oberlin is challenging and diverse and special and life-altering to the extent that you choose to have it be so without sounding negative about it. I think you got it just about right: people are people. :)

We've been talking about transitions in my adolescent development seminar. Same kind of stuff. Really interesting to think about...