Mid-November: the dawn of the hamster wheel of stress for everyone. The work-and-work-and-I-don’t-think-I’m-getting-anywhere feeling that is usually accompanied by self-deprecation. For some reason, I always forget about the end results, and about how good accomplishment feels. This week has already been intrinsically busy and hectic, and it certainly does not help that I overslept and was late to class one day and have also lost my key card somewhere inside my room. Am I eligible for a Darwin award yet?

I will tell you that I am usually quite good with self-motivation. Rarely do I procrastinate to the point of disaster, and while I have been that way for most of my life, it is also a plus that finally, all of my classes are ones that I want to take, and ultimately will either contribute to my major/s or just pique my interest in something less related (although to be honest, you can pretty much relate anything to everything else).

But there are those kinds of weeks that just really catch up to you, and there are so many things to do that, obviously, the most logical one to devote time to is curling up in bed watching acro videos and drinking tea. Duh. Totally productive. 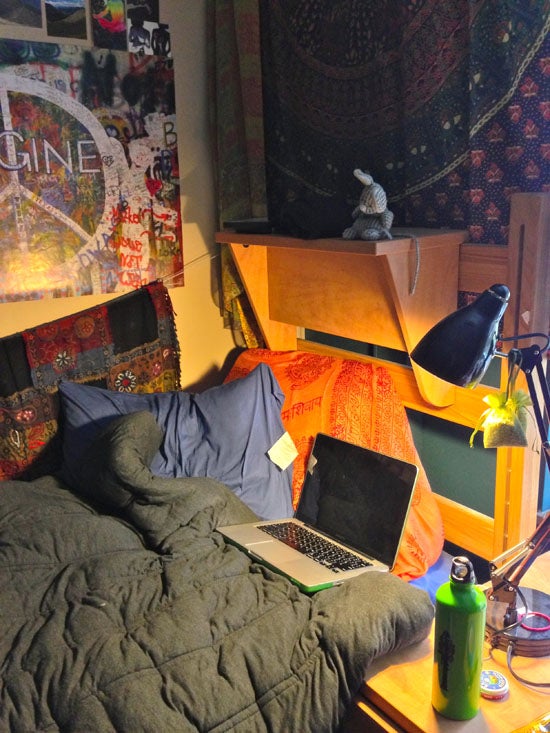 Why would a person willingly leave this spot?!

In the midst of this week, procrastination, motivation, and registration all meet at a very interesting crossroads for most of the population at Oberlin. While students are scrambling to snatch limited seats in the most desirable classes, I don’t envy the professors who, I am sure, are currently being bombarded by wait-list requests. I’ve sent two. So two multiplied by roughly 2,900 students equals 5,800 emails to definitely less than that many professors. Sorry, guys.

The registration process lends itself to more than just picking classes, though—I’ve had several conversations with people about the usefulness of certain classes, the usefulness of certain majors, majors in general, college in general, and just… so much. But it’s good to question those things. Having a solid, refreshing conversation about why you are doing all of the things makes them surprisingly easier to do. Purpose equals motivation equals accomplishment. Hooray! 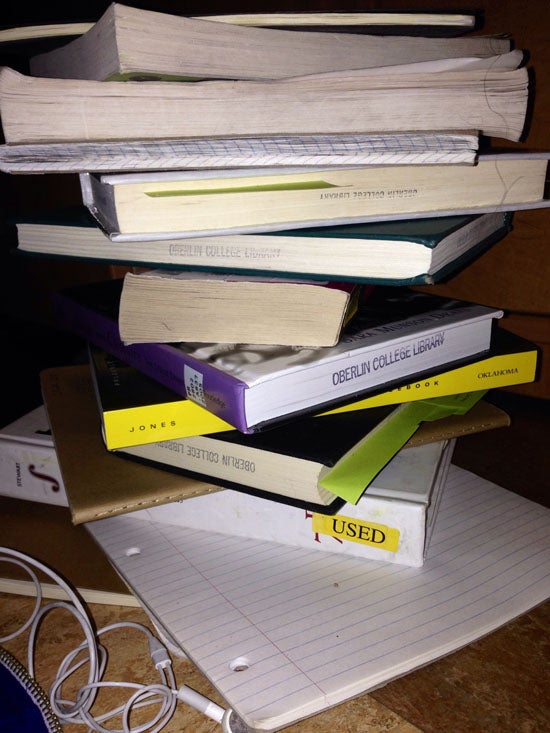 Ack! So much to do! So little time…

While academic pursuits constitute the core of time spent awake, I want to touch on the importance of committing to things that give variety to one’s focus. The kinds of things I’m referring to lie somewhere between academic work and watching Netflix (or a show at the Cat in the Cream, or just hanging out, etc.). What I’m referring to are the things that still take effort, and consequently result in personal (or joint) success and self-expression.

I’ve met a lot of people who devote their time to all different sorts of these things, and I’ve found that they feel the best after doing said things—I’ve seen some incredible Slam poetry and Improv shows, dance shows, concerts, and OCircus, to name a few. I have friends who find the best part of their day in playing sports. Seeing the end results of things my peers have worked so hard on not only motivates me, but also leaves me impressed and absurdly proud to be here. Most of these things involve some kind of team effort, and I will be the first to say that without mentors pushing me to do my best, I would not be where I am right now. I owe them a lot.

I won’t speak for everyone, but the rush I get, and have seen others get, from accomplishing a personal goal results in a lot more energy and satisfaction than in finishing a Netflix marathon. 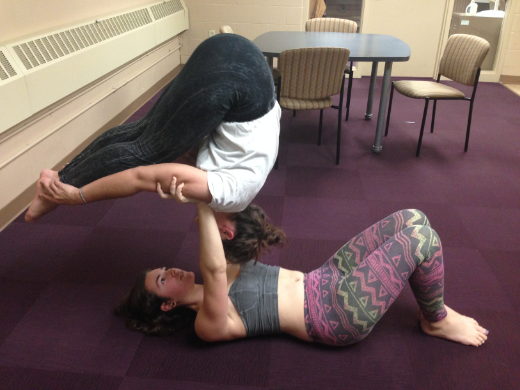 This is what I spend a lot of my time doing… 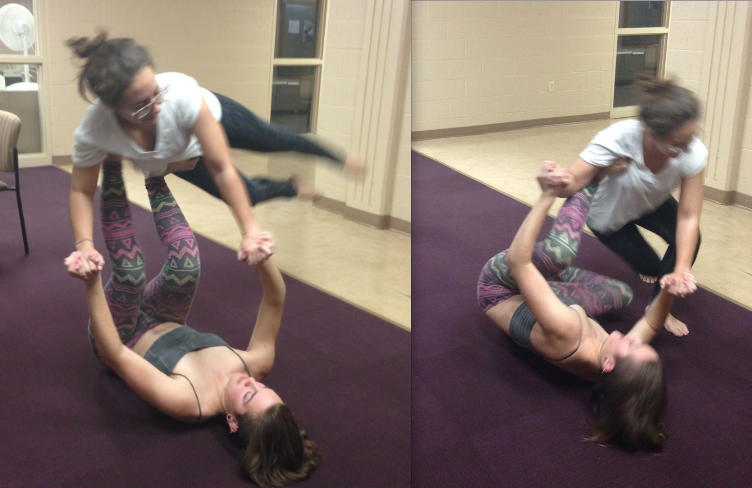 Yay, falling. Tali is such a good sport. 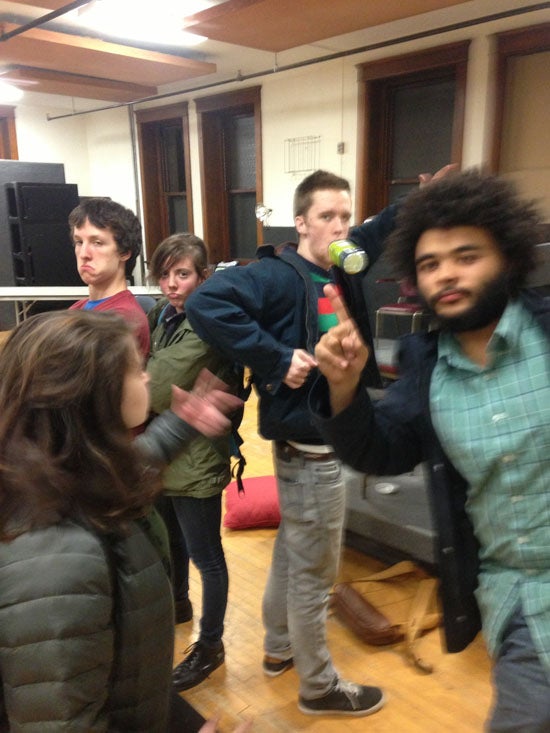 The Sunshine Scouts rehearsing for their next improv show! Don’t they look excited? But really, come out and see their show sometime.

A vast percentage of Oberlin students also devote chunks of time to being activists for causes that they were either interested in before Oberlin, or discovered upon arriving here. I struggle, and I know that others do as well, with coming to any kind of conclusion as to whether or not I am doing “enough.”

No one is going to tell you if you’re doing the “right” thing or not. And certainly one person cannot be active in all of the things that are deemed as “right” either. There simply is not enough time. And another thing to consider: Just because you are not personally involved in a certain activist group doesn’t mean that nobody is, or rather, there are still people focusing on that group even if you are focusing your time on something else. Of course, conversely, there is always the risk of everyone adopting the attitude of “Oh, someone else will do it.” So in conclusion, I don’t know the answer. I can’t tell anyone else what to do, and at the same time I often feel that if I focus only on what’s “right” for me, I am being selfish.

I think an acceptable summary of what this means is that while one person cannot necessarily make a significant difference in ten things, making an impact on one thing is perfectly acceptable—more than acceptable—and probably has more developed results.

Thinking about registration leads to thinking about scheduling—scheduling time and balance and priorities. Nobody can tell me where my priorities should be, and, likewise, I don’t have the authority to preach to people about what they should spend their time doing, either. There isn’t an easy answer. But people are doing some really incredible things here, and getting involved is always appreciated and important.

And here is something pretty so everyone can appreciate the beauty that is this campus. 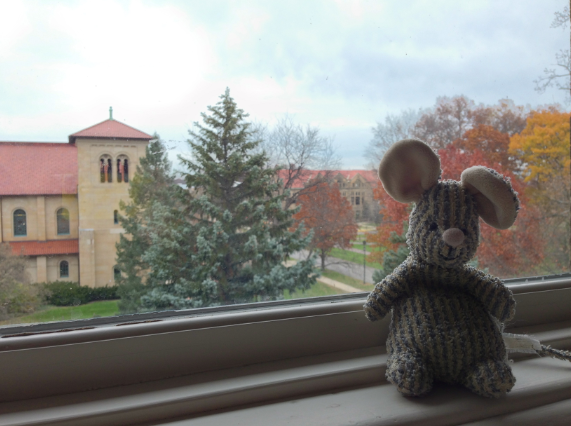 This is Squeaky, who came exploring one day with me. Photo taken from a staircase in Peters.