Oberlin's piano workshop is not the kind of place that gets a lot of visitors. In fact, unless you're lost, chances are you'll never even see it. It shares the basement of Bibbins hall with the TIMARA studio, though it's on the opposite side of the building. I spent much of last semester down here rebuilding a Steinway S (a smaller grand piano), along with three other students and our teacher. Having a total of four people in the class made it really easy to focus on one piano, strip it down, and rebuild it using some new materials.

The shop is pretty big, and usually there are two or three technicians working at a time (including our teacher). Each of them is particularly talented at a unique aspect of the piano, and they all offered good advice as we were working. 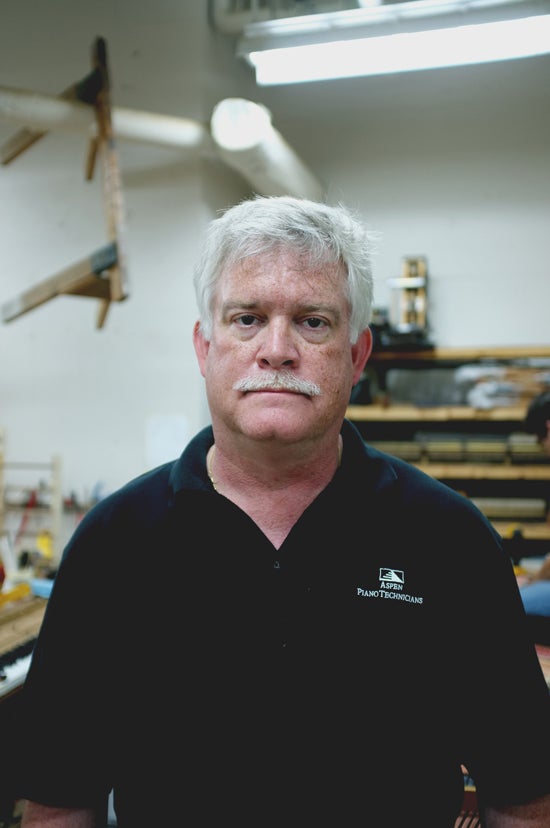 This is John Cavanaugh, our teacher. 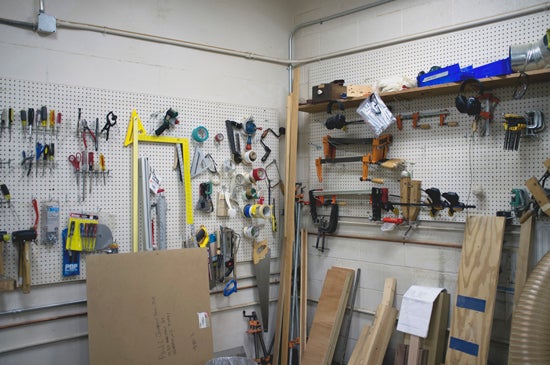 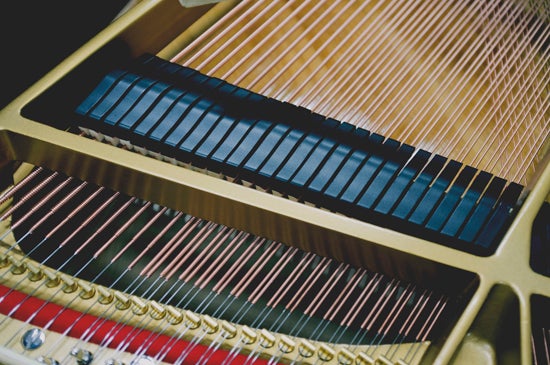 I was surprised at the level of detail that goes into every inch of the piano. You can see why a good piano costs as much as a car - we spent a few classes repainting the dampers, aligning and glueing new felt to each damper (the shape of the felt changes through different registers of the piano), putting them back into the piano, and fitting them until they perfectly silenced the strings. 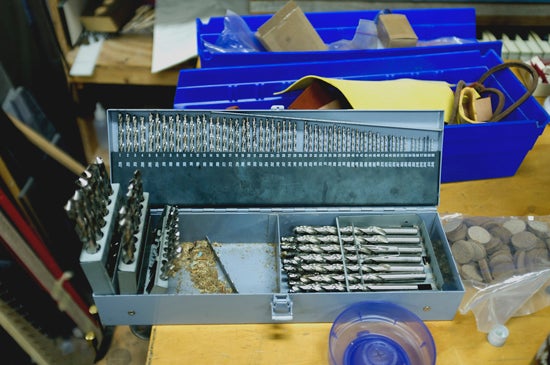 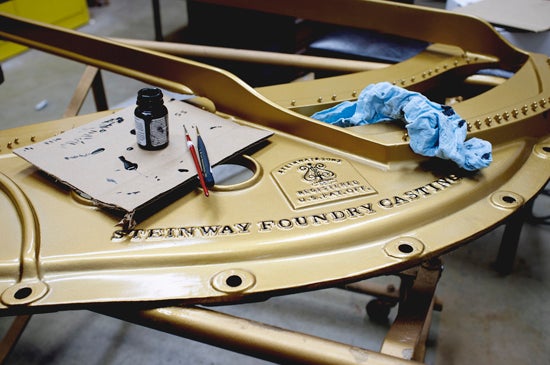 Taken while I was going over the lettering on the beautifully repainted plate. These weigh a lot - obviously it's the single heaviest part of the piano. There's a pulley system set up for taking these plates out. 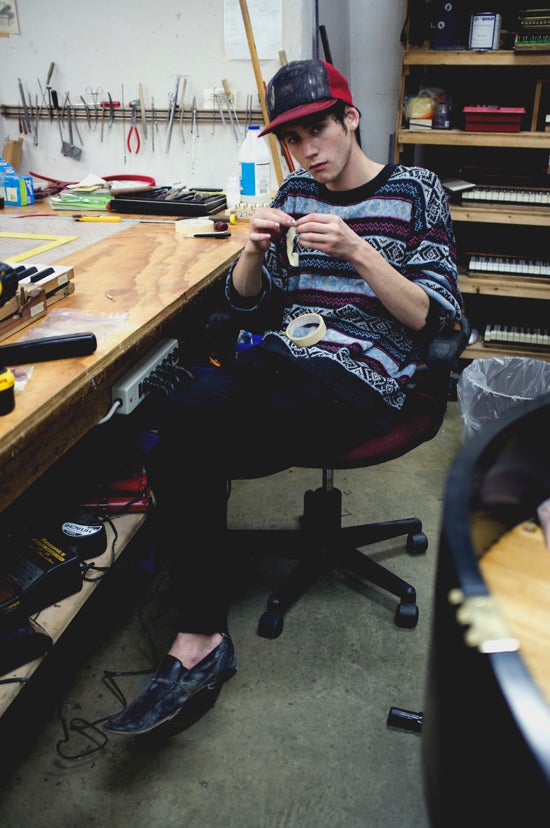 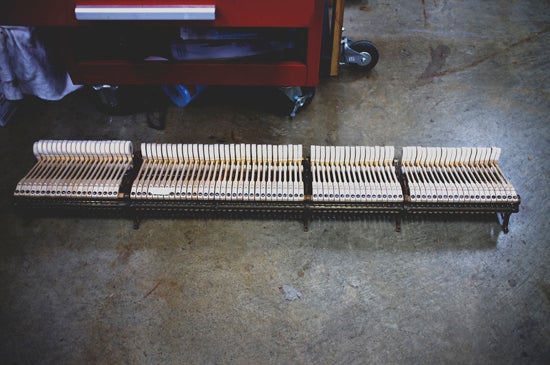 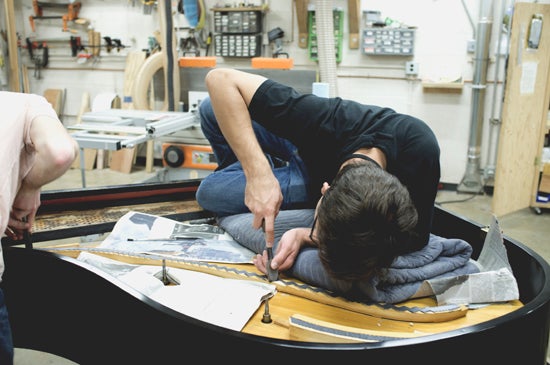 After we recoated the soundboard and put on a new bridge. After this procedure, we had to drill holes for about 450 pegs on the bridge, and hammer them in individually.

Hopefully this gives a brief glimpse to what goes on down here. I really encourage anyone interested in instrument technology to take one of these courses, they're extremely informative...and when you're done, you'll have a piano that you helped rebuild. This piano is probably off somewhere in one of the practice rooms, being played for twelve hours a day. I haven't found it yet, but I've been keeping an eye out for it every time I practice.