When we last left our fearless hero, he was waist-deep in a vat of vegan Jell-O. But a far more formidable challenge loomed: organizing the prom...

At T minus two weeks to OSCA's 60th anniversary prom, I began to realize that I was way over my head. It all started when Aries asked me what should have been an innocent question: "So, what was your high school prom like?" It took me a moment to remember: I skipped it to go to a quiz bowl tournament - two years in a row. I'd never even been to a prom, and suddenly I was in charge of organizing one. How did that happen?

Fortunately, I had a secret weapon: the Education Committee, an elite squad of superheroes affectionately known as the Fun Committee. Turns out their prom experience was pretty similar to mine. Maybe we weren't the best party planners, but man, did we know how to be cooperative, and we know how to parody ourselves. So we decided to play to our strengths.

How do you decorate a co-operative prom? We spent hours sprawled on the floor of the Harkness lounge, painting banners and making cardboard veggies. Aaron, our lovely foodbuyer, furnished us with some elephantine produce. We hit up our co-ops, asking to borrow things that glitter, sparkle, and shine. 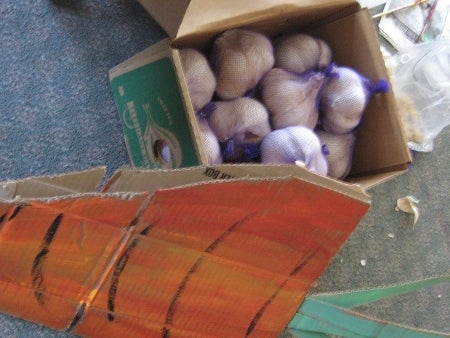 When we were done, apples and carrots hung from the ceiling. Garlands of garlic festooned the door. Strands of twinkling lights crisscrossed the room. It was a cooperative wonderland, ready for a night of revelry.

Fact: Oberlin has too many awesome bands. We had the agonizing pleasure of listening to samples from twelve groups and narrowing it down to three: The Bearcubes, a folk combo that can only be described as adorable; Sam Draisin and the Snotrockets, who play a fusion of hardcore and soul; and Ska Ska Blacksheep - you can figure out what they play. The fantastic DJ Mojados kept the music going between sets. 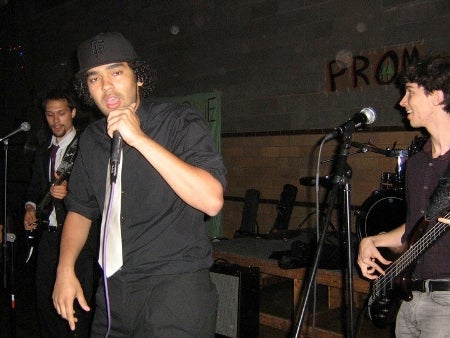 Of course no prom is complete without a prom court, so we crowned our scavenger hunt winners and declared them to be the Royal Co-operative Court. 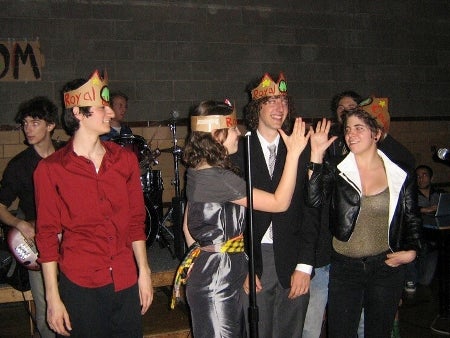 Finally, we enlisted the help of our three SOPAs (student volunteers who provide support and peer education about sexual assault) to train peacekeepers. I'd never heard of peacekeepers until I got to Oberlin, but I wish they were everywhere. They're trained student volunteers who basically make sure everyone's having fun at parties, whether that's giving someone a back door out of an awkward situation, fetching a glass of water, or just getting the dancing started. Since peacekeepers should be easy to spot, Dan, Jackie, and Hannah came up with a uniform: co-op aprons with giant peace signs. 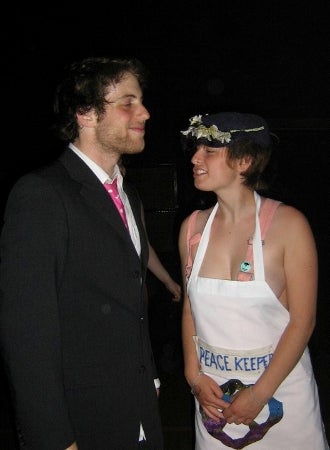 It's not every day that hundreds of co-opers jam into Hales Gym and party till the wee hours of the morning, and maybe it's a good thing it only happens every sixty years. I'll let the rest of the photos speak for themselves. 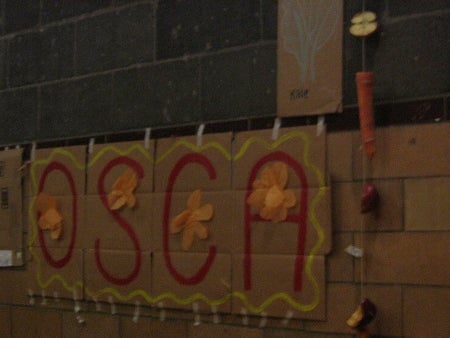 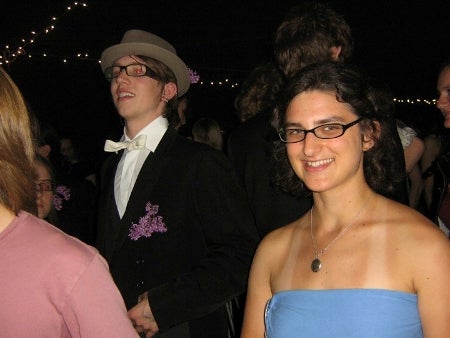 Some people were fancy! 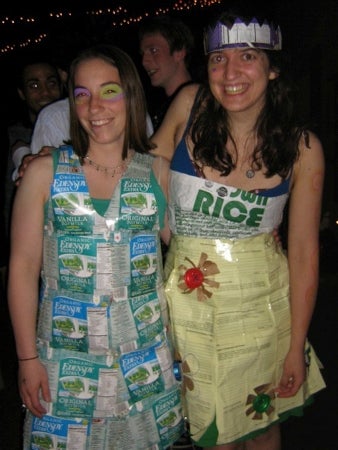 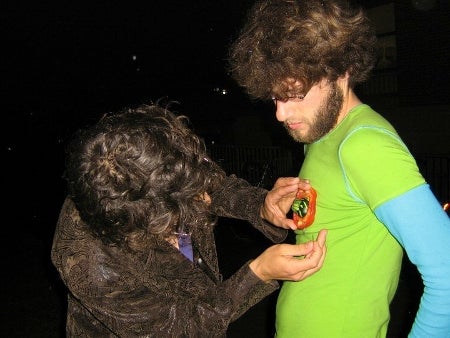 A member of Fairchild Co-op pins a veggie corsage on a member of Harkness Co-op. 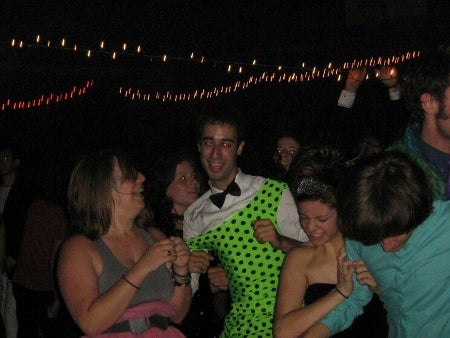 No one at Oberlin ever dances awkwardly... 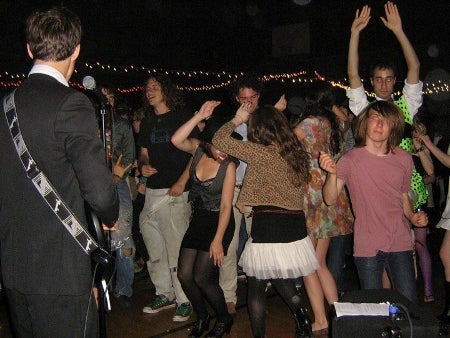 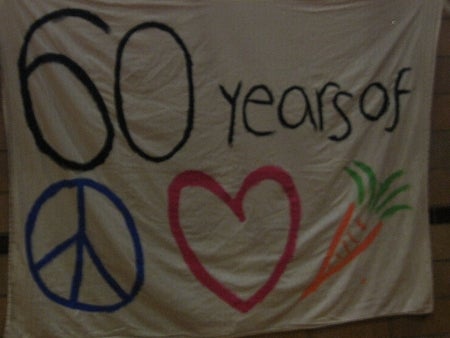 Thanks to Sarah Schaffer for sharing her photos!