The things I want to remember for the rest of my life:

On Monday night, I knew it would be totally fine. It would be a clean cut election, without months of waiting like the past... I didn't worry. The air was thick with anticipation, but people weren't saying anything... superstition or something. Regardless, I skipped back from the library at 2am realizing tomorrow was going to be historical. 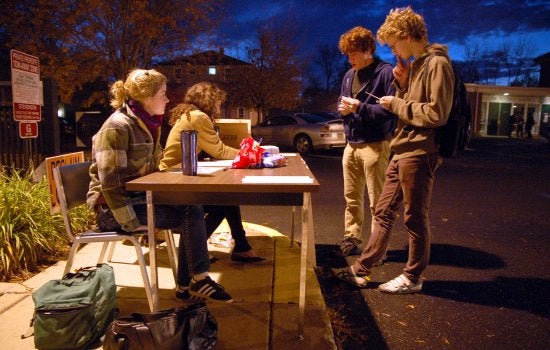 Tuesday was chill, people were prepared and excited, but not openly until the polls had closed. I ended up waking up at 5.30am to walk to some polling sites to photograph folks as the sun came up. 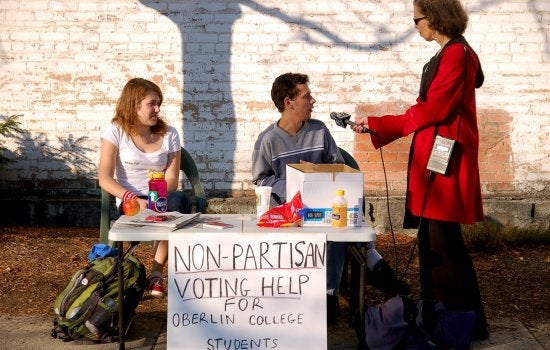 I also wandered campus and off-campus, spending some quality photo time with the non-partisan voter coalition and was directed to the Oberlin Obama headquarters, which was abuzz with canvassers and phone calls. And then the waiting. I didn't eat dinner because I was so excited for things to start happening. And then at 7pm, they did.

Since the whole evening is a blur, some photos and excerpts from one of the best nights of my life thus far.

* Ohio turned blue in while I was in Mudd. Cheering. So much cheering. I called my parents while walking to a double 21st birthday party and they thanked me for my vote in such an important state.

* Leaving the birthday party with Sandhya et al. and starting to hear shrieks all over campus. Arriving at the 'Sco, where they had the election coverage projected on the wall, and seeing dozens of students running out to call... anyone, everyone. 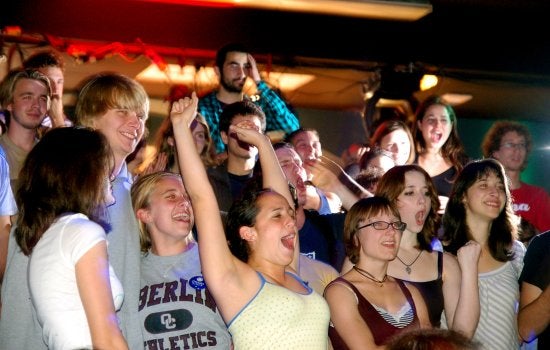 * The 'Sco was full, over capacity. Turning people away, but not for long. Dancing to Wonder (so much Wonder!), Jackson, Springfield, EWF in front of called results on the big screen. 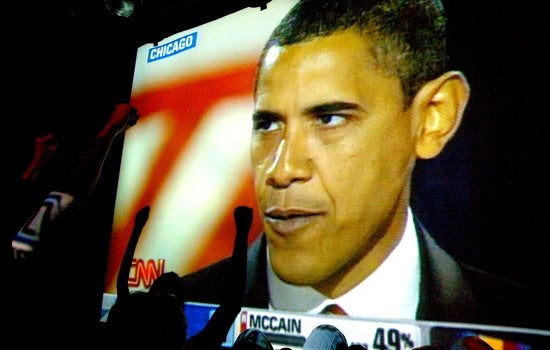 * The concession. The acceptance. The heat. The lack of hearing. 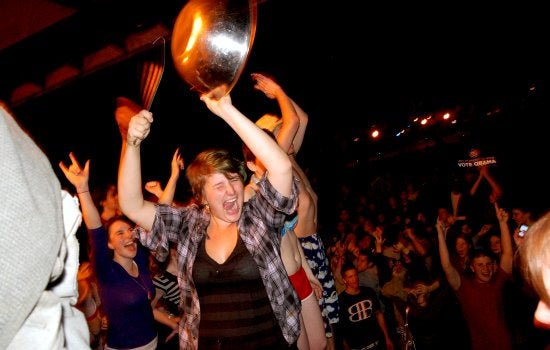 * A huge mass of everyone heading to Tappan bandstand. Swarming. Completely COVERED. My feet were dead, my flash was being a total fink, and I couldn't stop yelling. I hugged people I didn't even know. Everyone was my best friend this evening. Writhing, U-S-A chanting masses grooving to the When the Saints go Marching In, Another One Bites the Dust as played by some jazz studies majors. Crowdsurfers jumping from the rafters. Fireworks. Clothesless. Kisses. It was everywhere.

* Yelling to my parents' ears when I finally got a second to break away from the crowd. They're just telling me I was involved in history. I couldn't stop screaming in their ears about what a glorious madhouse my most beautiful campus had turned into.

* The Star Spangled Banner being sung outside my window at 2.30am by who knows who, but who cares?

* The fact that every one of the staff photographers listened to me and had cameras and were shooting. Sam was in the rafters of the bandstand. Liza was in a mosh pit. I am quite proud, and I'm pretty sure their shots were amazing.

When I tell my kids where I was when this part of history was made, I will say this: I was in Oberlin. The best place in the world.