Now that I have a bit of perspective on winter term (emphasis on "a bit," I've only just finished week one of spring semester), I can confidently say that it didn't turn out how I expected it would. Here are just a few of my expectations that turned out not to come to fruition.

Expectation: I would study German to prepare for taking German 102.
Reality: To give a bit of background, I took an accelerated German 1/2 class my senior year of high school. Even though my main reason for taking it was that I couldn't get into the Latin 4 class that I wanted to take, I ended up loving German - the highly orderly grammar system appeals to me in the same way that Latin grammar does, and the German people (the ones I've met at least) and I share a love of efficiency, chocolate, and bread with cheese (seriously, why don't Americans think of this as a suitable meal?). Anyway, I took a break from German first semester and hoped that I would test into German 102 for second semester. By some miracle, I was placed into the class and I figured that I would prepare by brushing up on my German over winter term. Although my high school German notebook sat on my desk for a while, I didn't ever end up opening it. Luckily, I don't really feel behind anyone in my German class, but I guess it would've been nice to feel ahead of the game.

Expectation: I would write 750 words every day.
As I said in an earlier post, one of my New Year's Resolutions is to write more. I thought that I would do this by using 750words.com, a website that's intended to motivate the user to write 750 words, or about three pages, a day as a writing exercise. I discovered the website at the end of November, and used it sporadically for a while, but I figured that winter term would be the perfect time to get myself into the groove of writing every day. That went ok for a while, but some stuff going on with people from back home got me pretty distracted, and so I ended up taking a break from writing for a while. Needless to say, I haven't worked out daily writing quite yet.

Expectation: I would learn how to weave.
Reality: Ok, guess I met this expectation, I did learn how to weave. I guess that my real expectation for this class is that I would churn out one mediocre woven garment. However, I ended up making a pretty awesome-looking sweater that I will likely wear just as often as any of my other sweaters. 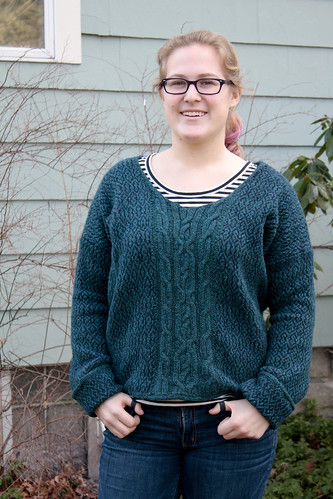 The finished product, photographed by my lovely mother outside of my house.

This post was initially a step by step guide to how I made my sweater, but I realized (only after writing three pages of course) that reading about the nitty-gritty details of weaving isn't actually very interesting, so suffice it to say that the project involved a lot of set up, a few days of actual weaving, some knitting, lots of machine and hand-sewing, and a bit of seam-ripping - not to mention a great soundtrack of some Simon and Garfunkel and lots of instrumental folk music.

Expectation: I would teach Julia (one of my hallmates) how to knit.
Reality: I suppose I fulfilled this expectation too, just not the way I thought I would. I did teach Julia how to knit, but I didn't think that it would catch on so well. As I was teaching Julia, Mike (another hallmate) expressed his desire to learn. Suddenly, I had two willing apprentices. A third apprentice arrived in the form of Conor, who returned to Oberlin at the end of winter term, fresh from a project at the National Archives in Washington, DC. 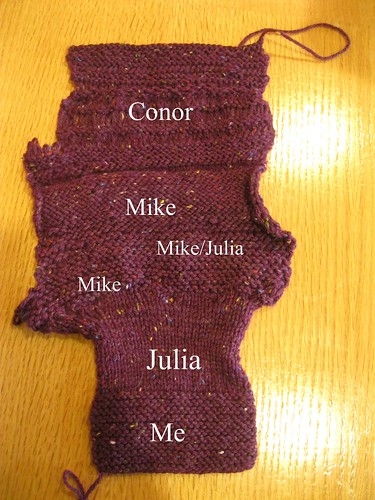 I used this leftover yarn to teach my friends how to knit and used picnik to make this picture what it is.

Not to mention that I was unusually prolific in my knitting over winter term and the following week, which I spent at home. 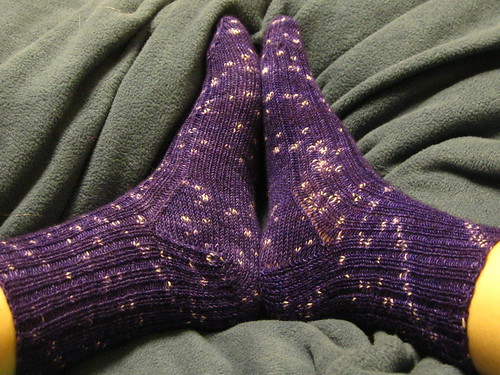 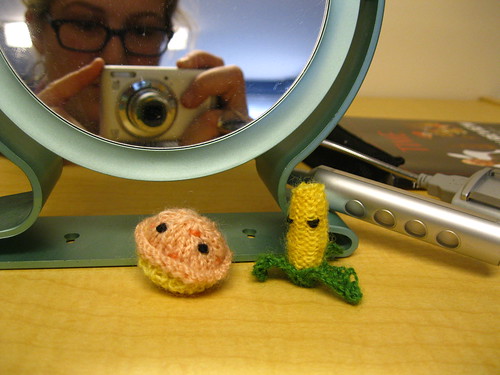 Tiny Corn and Tiny Cupcake from my Mochimochi book. 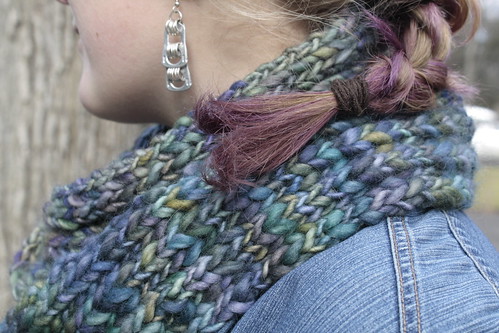 A scarf that I whipped off while I was at home. Thanks to mom for the great photos!

The phenomenon has only grown from there. It's currently at the point where it's not uncommon to see several people knitting in the lounge at a time. Admittedly, it's harder to find time to knit during the semester, but I am pretty confident that the knitting won't stop any time soon.

Expectation: I would watch a few movies with my hallmates.
Reality: As I mentioned in my last post, my hallmates and I created a winter term movie list. Although the list was long, none of us expected that we would watch more than a few movies on it. Ultimately, I ended up watching 16 movies over winter term; that's probably more movies than I normally watch in a year, and I'm sure that my hallmates watched a few more while I was at home for the week between winter term and second semester. If you're interested, the 16 movies were: 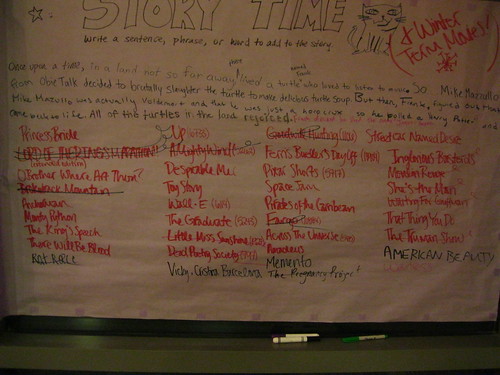 We're nowhere near done with the list, but our progress will probably be much slower from here on out. Oh well, it was fun while it lasted.

It was fun while it lasted - I suppose that sums up winter term pretty well. Although some of winter term got pretty heavy at times (I had to make some big, possibly life-changing decisions and deal with the aforementioned stuff going on at home), it was also a pretty carefree month, with no real pressure to perform academically and a whole lot of free time. It was a nice break, but I'm definitely ready to get back into a more structured routine and really digging into my classes, which seem pretty awesome so far. Now if only I could remember how to actually get work done, since schoolwork is currently kicking my butt. 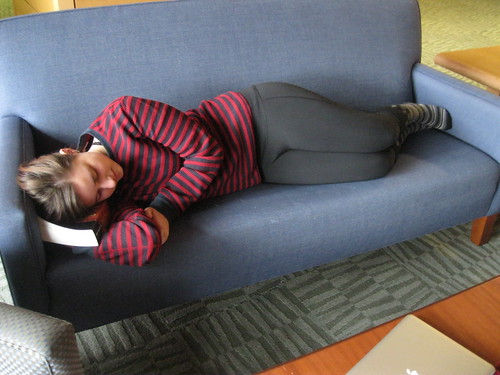 Great post! I loved reading about your life :) also.......the pregnancy pact was terrifying!

Everything you've created in this post is beautiful. Did you make your soda tab earrings, too?

I appreciate the bigger version of the movie chart... there's an excellent selection of films on there. I used to watch Ferris Buller every time I had a class or work canceled at the last minute. Yes, I am that kind of obsessive film nerd.

Kate: Glad you enjoyed it!

Ma'ayan: Thanks! I wish I could say that I made them, but they were actually a Christmas gift from my little brother.
That's cool! I love little rituals like that. I know that this isn't quite the same, but I watch Remember the Titans every time I happen to see it playing on tv, I love the serendipity of it.

Aah, this is magic? So, random college question: Will your professors be upset if you knit in class? Might sound like a stupid question, but if a class at my college prep school is mostly lecturing, I end up knitting so that I can keep my concentration. Hyper tendencies, I guess...