Registering for classes at Oberlin while in another part of the country and a completely different frame of mind was a challenge, to say the least. "Classes?" I thought. "Like, in a classroom? With lectures?" Here in Arizona I spent almost all my time either volunteering, traveling, or conducting independent "action research" on the media's coverage of immigration. I've been spending a good deal of my week going on exhausting, all-day desert patrol with the Samaritans, being inspired by their all-volunteer, mostly retired, outspoken, radical ol' membership. We scramble down canyons and under barbed wire, searching for migrants in distress and leaving water jugs at heavily trafficked locations. The desert is my classroom, and I've learned more about migration listening to decades of stories from the Samaritans than I ever could glean from a lecture. 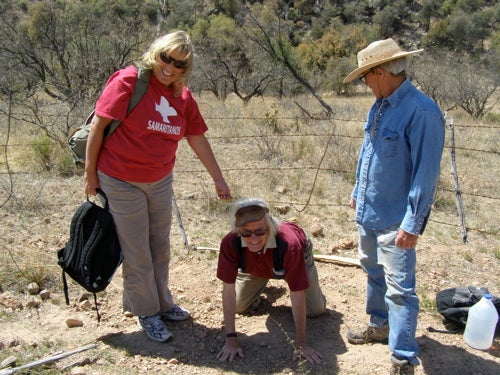 Adjusting to Oberlin again will be tough. You get a lot of personal attention from professors--I've even gone tangoing in Cleveland with one professor and have been invited to several others' houses--but my perspective is completely skewed now because I'm on a program with only six students, with four professors to (almost) cater to our every need. This is my entire program (plus our van driver/Zapatista insider/prophet/teacher in Chiapas): 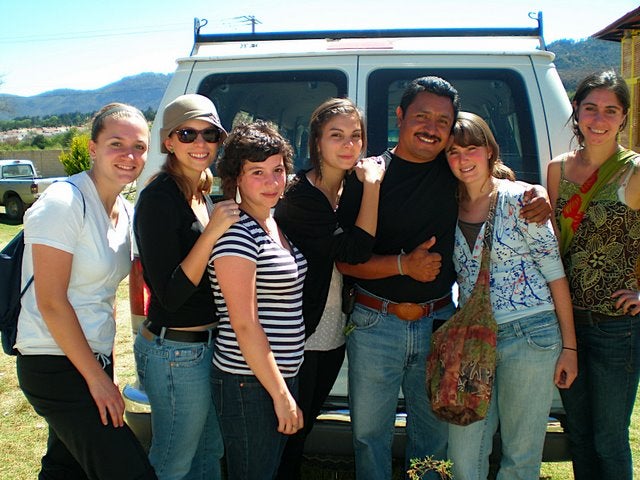 I also can't decide if I'm excited to go back to a traditional academic setting--to actually read novels again and discuss theories in the safe confines of a classroom--or apprehensive that I'll be frustrated not to be learning by doing, not to be out on the frontlines of the issue that moves me the most. I'm afraid I will find my curriculum trivial no matter how great it is.

Luckily there is plenty of activism on-campus to keep me feeling, well, active. I've just been chosen as the coordinator for the Nicaragua Sister Partnership, a program run by OSCA, Oberlin's coop system, that supports a microloan program for unionized female farmers in an extremely poor area of Nicaragua. (See these videos!) I sat on the committee for two years and participated in the delegation to Nicaragua the Winter Term of my sophomore year, but never had any strong desire to lead the project until this semester. We've been learning so much about the ethics of service work, the history of U.S. exploitation of Latin America, and the causes for current Central American migration that I wanted to bring all this to supporting the special relationship we have with the women of Limay. I hope through my work that the microloan program continues, but I also hope that my committee can work to change political and economic structures so that the program is eventually obsolete.

I will leave you with an image of my Nicaraguan host mom, one of the women whose family was torn apart by U.S.-sponsored war and whose livelihood is sustained by OSCA's program. I look forward to seeing her again this coming January. 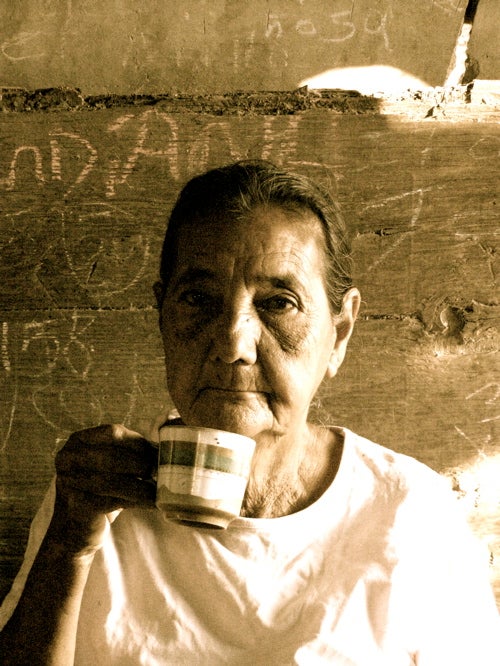 Hey, I'm a senior deciding whether or not I'm going to come to Oberlin next year. I visited a couple weeks ago, but it was really rushed. I'm interested in Latin America and social justice work, particualarly in Nica, and am super excited to see you guys involved!

Can you tell me a little more about the program?

Hey Vera,
Thanks for your interest! The Nicaragua Sister Partnership is a program uniting OSCA (the student coops at Oberlin) with a female farmers' union in San Juan de Limay, Nicaragua. We coopers donate a part of our refund check every year and send that money to support a microloan fund that women can use to buy livestock, seeds, etc. When one woman pays her loan back, another can take that money out. But we don't want this just to be charity, but a true partnership. This semester, we're bringing three of the union women to campus to teach Oberlin students about their experiences, and in January I will lead a Winter Term delegation to visit them and strengthen our relationship. You could be part of this delegation! Let me know if you have more questions,
Alice