Here's a collection of unique food occurrences that made the last semester at Oberlin all the more delicious.

- Annie and Jane organized an amazing gingerbread party in French House - that would be pain de...gingingre? We baked le pain, drank le cider de pomme, spent heures et heures decorating it and I attempted to talk in French by putting 'eur's and 'rrres' on the end of English words. 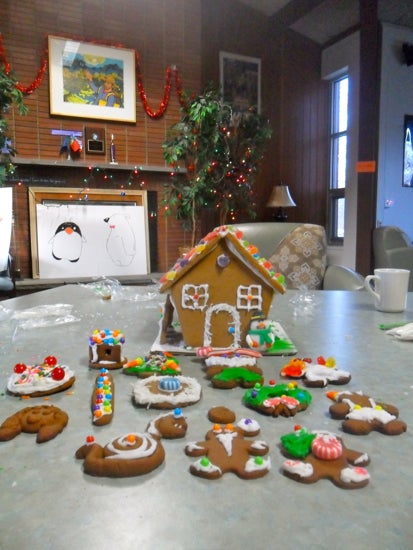 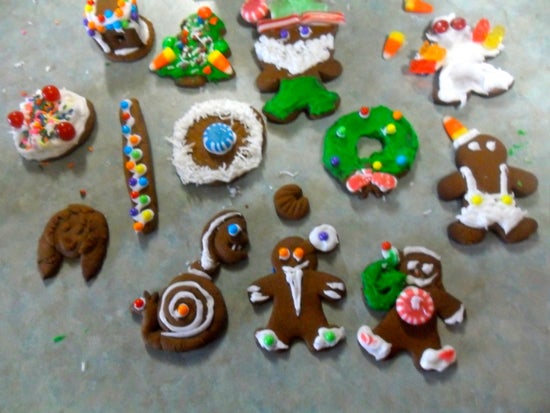 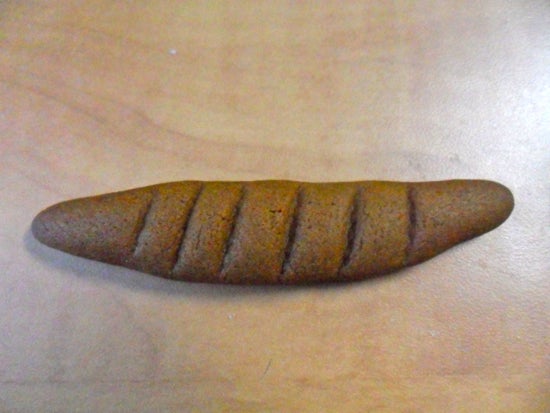 - I met Jerry from Ben and Jerry's! Or was it Ben? 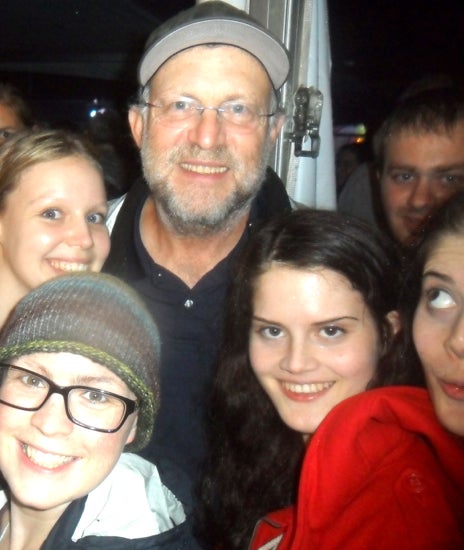 Either way, I heard he has an ice cream shaped swimming pool. This was at an event during Alumni weekend I think, and there was unlimited free ice cream!!! Lemonade, Chunky Monkey, and many more. Yum!

- Discovering Pyle. I've gone to this co-op loads now (it's the one in Asia House) and I love it! It's so amazing to just be able to go and have home-cooked food at a co-op, even without being a member, now and then. I think if you go three times, you're supposed to help with the washing up, but that's about it. God, fresh bread is the best thing ever!!

- Asian Night Market. This happens once a year, I think, and students here from tons of different countries cook up feasts. This year, there was, of course, Gangnam Style dancing. Tickets sold out, and the food was deeelicious. I had several Korean things (glassy noodles and a potatoey curry), this yummy Indian...erm...thing (I'm not good with the names!) that tasted like five hundred...things blended together in the best possible way (kind of lemony, seemed to feature fragments of crackers in it too), and several mango lassis of course! Sadly, there's no Indian restaurant in Oberlin, but this made up for that, combined with:

- Diwali at Midge and Smith's house: Simba wrote a blog on this a while ago - Midge and Smith are a lovely couple who cook for international students at their house every Sunday. Sometimes, it can get really packed, e.g. 50/60 people, and every week there's a massive yummy home-cooked meal. Us international kids are spoilt. Diwali was my favourite so far. They had amazing curries, there were candles everywhere and we all ate tons. It was like a dream.

- Popcorn at the Apollo, which reopened at last!!! The first film was a midnight showing of 'Silence of the Lambs', which I passed on, as I'm not too keen on horror and apparently at one point, Anthony Hopkins wears someone else's skin. Hmm. But I did see the new James Bond and the Hobbit there - the former wasn't such a hit, cos what's up with James Bond having a mid-life crisis? James Bond does not have mid-life crises! But the Hobbit was great. Anything featuring a sled pulled by rabbits is a win in my book.

- DeCafe did a trial run of sushi one day, and it sold so well that every Wednesday is going to be sushi day at Oberlin! Yes!! It may be awfully overpriced, but it is at least fun to gaze at: 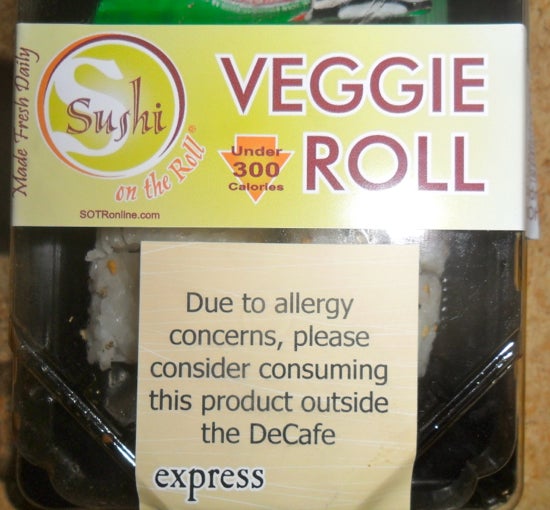 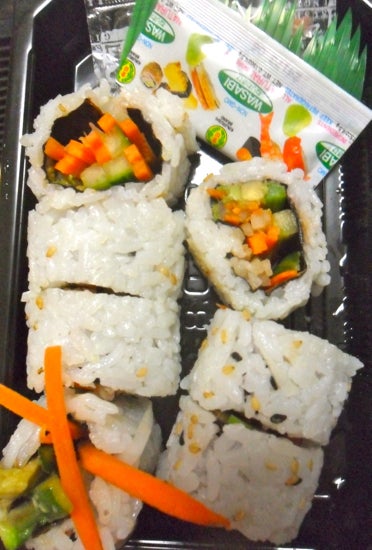 This sushi roller may have been a novice.

- Chobani. How could I forget it until now? I'd never had this type of yoghurt before September, and it is weirdly addictive. When you first try it, you think: yuck, this is really sour. And then you mix it with the fruity pulp on the bottom and it becomes, hmm, this is actually rather nice! The sour with the sweet...there's something about it. Almost disgusting, and then actually delicious. I'm planning a visit to the flagship Chobani store in New York as soon as possible, where you can mix up your own Chobani creations...anyone in the area, get yourself down there! Great for breakfast, elevenses, lunch, tea, dinner, supper, or fourth meal (more like seventh, but hey). 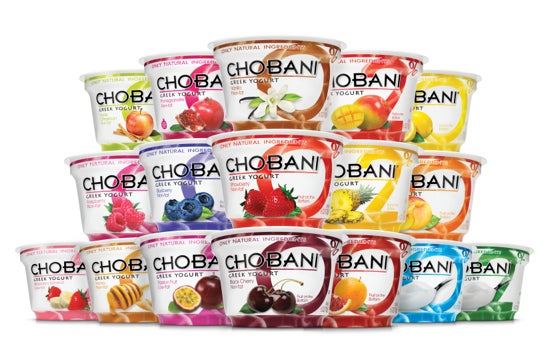 - Fortune Cookies from the Mandarin (our local Chinese restaurant). The food's good too, but the cookies we've got there have had some real corkers, my fave being: 'Relationship is like fingers of your hand: one does not do much.'

- Jacket Potatoes at Stevie. This may seem weird to most people, but on the rare occasion that there's a chance of one for dinner, I am there. Just need to convince CDS to ship over some Heinz baked beans and we'd be all set! Nothing beats a good spud.

There is sushi at Decafe?! WHAT.

(Also allergy concerns probably stem from soy/soy sauce. Soy is a legume, which is the same family as peanuts, which is pretty serious stuff.)

just be aware when yr in a co-op, the food isn't free. the students in the co-op pay for it.