Suffice it to say that normal fare at Oberlin, transplanted to the wider world, would slot neatly into the category of the surreal. The unicycler, for instance, although I have managed to turn sharp corners. Just in terms of other rare transportation sightings, I have also seen snowshoes, longboards, stilts, waveboards that don't go all that much faster than I can walk, and the two bike frames stacked and soldered together, which I can't believe is rideable. 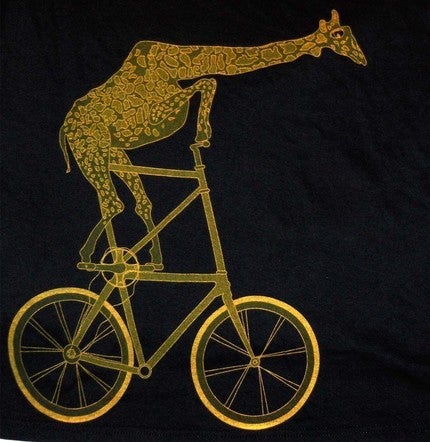 giraffe in korean is 기린.

On Wilder Bowl, before and after the months of snow, you can see people walking between trees, suspended at knee level or thereabouts. From a distance, it's not that obvious that they're walking on ropes, so the first time I saw people doing this I let myself bask in the illusion for a while before trying to debunk it. For the record, I asked them once if I could try it, and they're really nice. I'm not sure why I didn't take them up on their offer - probably because it would have taken me a solid hour to actually get on top of the rope and stay there. 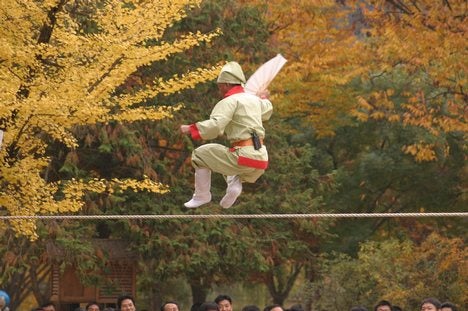 I hear Harkness chefs cook naked. While I'm on this topic, everything else Harkness is worth mentioning, like the group showers and the miasma surrounding it.

We vote on the gender specification of our bathrooms. Most end up being gender-neutral for convenience, but there's an E system in place for those who are uncomfortable about this. 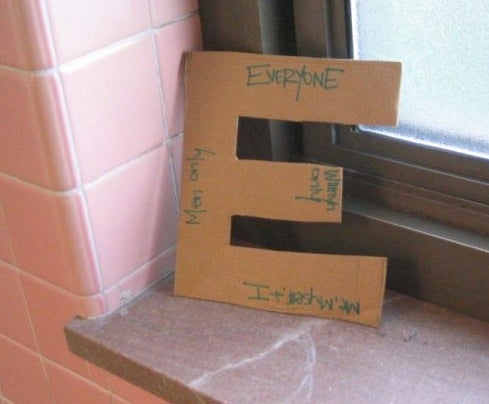 There are several events and concerts a week. I used to think that growing up in Oberlin would be a terrific opportunity to sit in on lectures and readings, but that was before I realized that my status as a registered student gave me a sort of access key to many of the things I love most - working in a lab, applying for creative writing workshops (okay, let's be honest, I mean being in a workshop, because applying is sleep-leeching, nerve-wracking unfun), being actually part of the student body. Plus, if I could do it over, I wouldn't choose to go anywhere else, but I would also not want to spend the first 18 or 19 years of my life in one place. 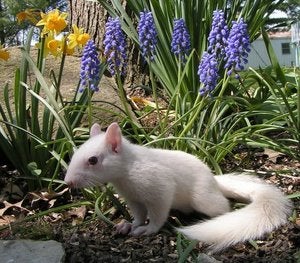 This past Thursday was Safer Sex Night (I love how it overlaps Parents' Weekend, and I imagine hordes of students going out of their way to horrify their parentals), although I'll leave it to other people to fill in the description, since I didn't go (see huge backlog of work, below):

And there used to be Drag Ball, which will be back this year after a brief hiatus.

GREAT photo of the albino squirrel.

Great post in general, too, but--that is an amazing picture.

I'm always going to think about double-decker bikes as the way that giraffes get around Oberlin's campus. Love it!

I've seen unicyclers here, too, as well as albino/white squirrels. They say that if you see the albino squirrel, you'll get an A on your next exam. ^__^