Big moments don't happen like they do in the movies.

In a movie, I'd have been ooing and ahhing at everything as I was in the cab from the airport to my new apartment. There'd be a camera shot from outside the cab, showing big eyes full of wonder, with beautiful landmarks reflected in the window. The camera would pan up to show a perfect, picturesque, postcard shot of the city. Some song like this would play in the background for a romantic-comedy vibe, or a song like this for a more Fast-and-Furious-esque vibe.

Instead, I looked out the window and thought:
'huh'.

My brain, desperately sleep-deprived and wildly confused at the bright sun outside, was only capable of firing about two thoughts. I was starving, and I was exhausted. In that order.

Despite how nice he was, I desperately wanted him to let me eat and sleep. At dinner with my new roommate, I was so tired that my face almost fell into my food.

The next morning the shockwave finally hit.
I was finally here.

They say that a major life change has four stages - Honeymoon, frustration, adjustment, and acceptance.

And boy, oh boy - did I experience that Honeymoon.

For three weeks, I was in love. 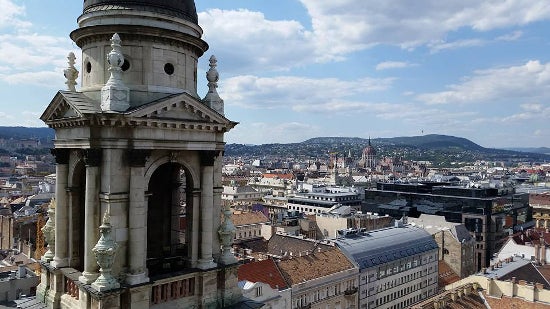 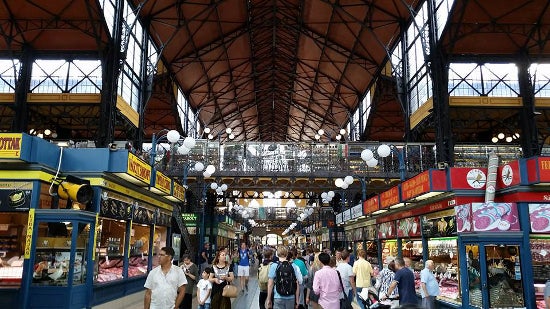 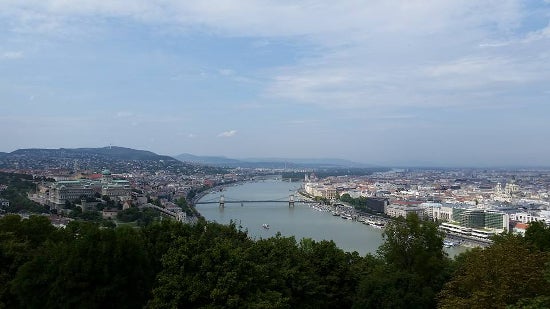 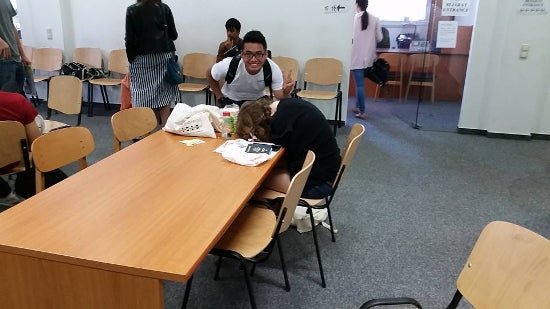 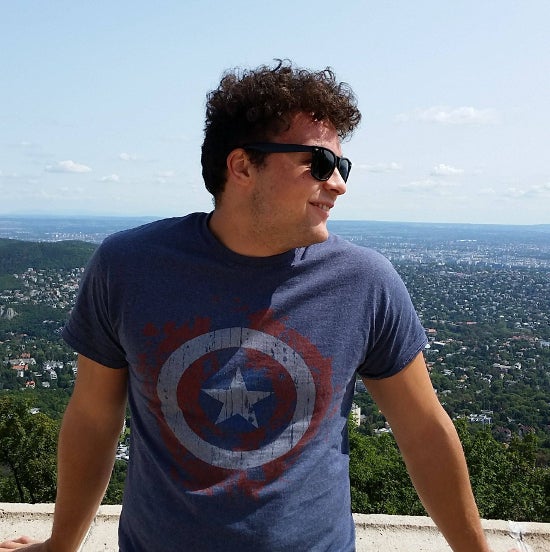 I opted to arrive three weeks before school started, to participate in an optional language intensive. It gave me serious flashbacks to January, the month I spent in Mexico learning Spanish.

However, Hungarian is not Spanish. It is considered to be one of the hardest languages in the world for English speakers to learn. With 44 letters in the alphabet, 14 different vowel sounds, and impressively long 'agglutinative words', I can anecdotally confirm this to be true.

To compound my difficulty, any time I would try and speak Hungarian, Spanish would come to my tongue - much more than I thought I remembered. It felt like my brain only had space for one 'non-English' language, and I was trying to overwrite Spanish with Hungarian.

But every time I would successfully stumble my way through some Hungarian with a local, they'd light up.

Once again, like in January, I was reminded of how incredibly rewarding it is to try and learn another language. Like I said back in that blog: by learning and simply trying to speak to someone in their first language, you're showing someone that you're willing to put a bit of work in to try and understand them, their culture, and their language better.

And when someone gives you a genuine smile, shares some local culture, or opens up a little more - just because you could say 'it's nice to meet you' in their language - it makes all that work worth it.

The End of the Honeymoon.

The second stage of a major life change, they say, is frustration.

My honeymoon ended with my language program, and - despite my best efforts - I plummeted into this frustration, as school began.

Let's start with the commute: it takes me 45 minutes to get to AIT, and let's be real - no one wants a commute. At Oberlin, commutes simply don't exist.

In addition, my program has two-hour classes, twice a week. This means that I'm in class far more than I ever have been at Oberlin. On my worst day, I'm at school from 9-6 (not including that commute, and with the 11-1pm time slot free), and honestly, sitting in lectures all day is so much more draining than anything I've ever done before in my life - for example, attending a circus school for a month, or dancing for six hours a day.

For the first time since High School, I'm only taking 'academic', sit-down lecture classes in my schedule (At Oberlin, I kinda have this other major to keep myself active...)

And I'm going to be blunt: I hate it.

Don't get me wrong. The classes at AIT are interesting, unique, and remarkable CS courses not available at Oberlin; and they're augmenting my CS education nicely.

It's just me that's changed.

After a summer of lighting that passion for movement on fire at ADF, I found that I no longer want to sit all day.

I want to move.

My other major frustration lies in the typical problem of commuter schools: the lack of a strong community. When you're in lectures all day, it's kinda hard to get to know people - and so even after five weeks, I still didn't feel that warm, fuzzy, 'community' feeling.

I was lonely, and I missed my people at Oberlin.

The third stage of change of a life change, they say, is adjustment.

This is the step that's always caught me off guard. Life was new, exciting, challenging, and brimming with adventure... and out of nowhere, it all mellows out as you find the new 'normal'.

Suddenly, all the things which were previously exciting or challenging became blandly routine: just a part of my life.

I adjusted to the commutes and the long classes (although I still don't like sitting all day). I started to get to know people in my programs on weekends, when we would travel together. I *partially* scratched my movement itch with a new Tumbling gym, where I honestly felt a stronger sense of community (and more at home) than at school.

However, even though I adjusted, I still found myself dissatisfied and frustrated with my new routine. I loved travelling around Europe on weekends - but I wanted to move more, and I wanted a stronger community.

And after all those warm Honeymoon feelings wore off, my brain chemistry returned to its prior state - which meant a return of the depression, inescapable loneliness, and uneasy soul that I felt last semester - the breadth of which I'll return to address in another blog.

As it turns out: you can't just try and solve your mental health by running away for 'adventure'.

When all of the above was at its worst last semester, I had always fallen back on the 'well, at least there will always be Budapest.' I had naively hoped that travelling and experiencing more true freedom would magically fix me. I was so hyped up on the unlimited possibility of the future that I never really thought further than that 'Honeymoon' stage.

The fourth, and final stage of life changes, they say, is acceptance.

Moving to Budapest has been exhilarating. My study abroad semester has, at times, been full of the best times of my life. Travelling around Europe - so far, Vienna, Prague, and other places in Hungary - has been just as romantic as I hoped for, and living in my first apartment in a new city has been full of unexpected joys. For a while, it all lived up to my hype.

But after almost two months, it's also been more disappointing and frustrating than I expected.

I came to Budapest to escape. I wanted a chance to 'try again' at being me. I wanted movie-scale moments and adventures that would change me.

But studying abroad hasn't changed me - if anything, it's made me realize, stronger than ever, where my priorities really lie: in movement, and in finding community.

And as I over-hyped the big moments of change - studying abroad has also made me appreciate, once again, what it means to be present in the little moments.

See, life is really lived in the little moments.

Sitting outside at night, waiting for a delayed train, feeling the wind of an approaching storm on your face. Laughing as you watch a charming circus busker perform a routine that they've clearly practised 1000 times before. Sharing a friendly smile with a cashier, as you accidentally speak Spanish instead of Hungarian. Looking up in your commute as you cross the bridge, and appreciating the beauty in the view that you've started to take for granted. Skyping a far-away friend to talk about everything, and nothing.

Time and time again, I keep learning and relearning that it's those little moments that remind you that you are alive, and life is beautiful.

So maybe those big moments don't happen like they do in the movies.

But maybe it's the little moments that really count. </

Traveling to the other side of the world.

Visiting Other Obies Abroad, and a Mini-Reflection on Study Away

For my spring break abroad in Edinburgh, I visited some Oberlin friends currently studying in Spain.