I'm usually not the kind of human who lives by routine - it's just not my style. I like my days to be varied and unpredictable; knowing what's going to happen to me at any given time is sometimes as unsettling as complete mystery is for some people. I mean, yeah, there are some things that I do at the same times every day/week/month, but for the most part, I prefer to keep my options open. I'm crazy. This is something that I'm fully aware of.

This Winter Term, I traded in my wandering ways for a strict rehearsal schedule that required me to plan out my days carefully: wake up, fill my body with caffeine, look over my music, look over my music some more, sing my heart out for a couple of hours, sit down and take blocking notes, sleep. I was preparing for a musical that was going to go up in a little over a month - the Oberlin Musical Theatre Association's early spring production of Jason Robert Brown's Songs for a New World. 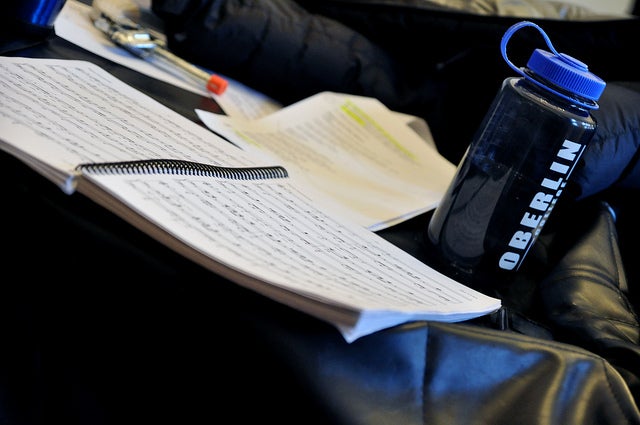 Student theatre at Oberlin is a marvelous thing. It's really pretty miraculous that a campus of this size can put out so many quality productions with limited budgets and NO professional production support. Set building, light design, sound board operation, costume organization...all of these things are the responsibility of OMTA/OSTA peeps - and the results are always fantastic. 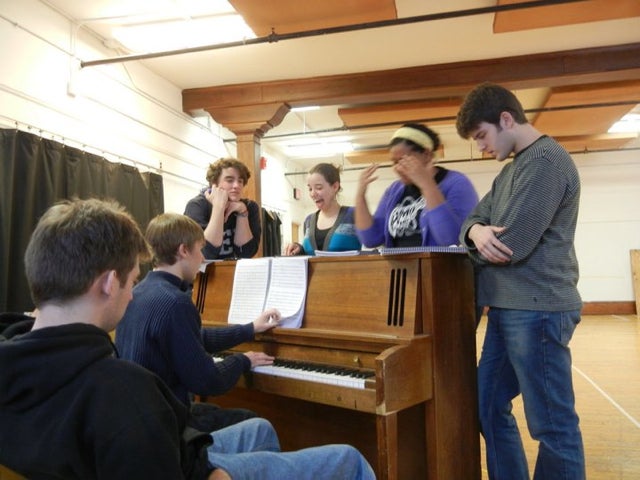 Sometimes, we screwed up. This was one of those times.

For SFANW, we spent the first couple of weeks in Con rehearsal rooms learning the show. Unlike many musicals, this show has no spoken dialogue; as a matter of fact, there's not really a plot, either. It's definitely more of a conceptual piece; each of the four players has their own story arc of sorts - during the show, we watch the characters go on personal journeys...discovering new worlds within themselves, if you will. As Jason Robert Brown said about the show, "...it's about one moment. It's about hitting the wall and having to make a choice, or take a stand, or turn around and go back." Interesting, right? 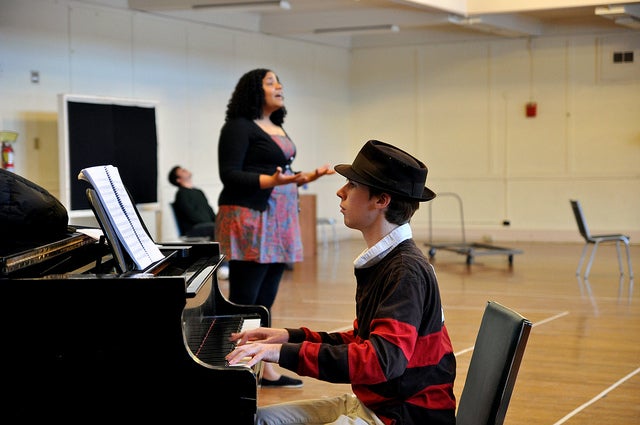 Paul Anderson '14, our music director, tickles the ivories while I emote in the background. Oh yeah, and Chad takes a nap. Photo by Ma'ayan Plaut.

We spent the last couple of weeks of Winter Term blocking the show and polishing all of the music. Since Wilder Main was being used for another student theatre production, we weren't able to move into the space and build our set (which would have been SO IDEAL) - SFANW was homeless, essentially. We taped down rectangles mimicking our set on the floor of any rehearsal space we could find, hoping for the best. To be honest, that was actually really weird...learning the entire show in spaces that were NOTHING like the space we were going to be using for the final performances. It's all good, though - I'm actually sitting in Wilder Main right now while our crew focuses lights and messes around with a ton of legs and flats that will eventually be a series of tiered platforms (otherwise known as our extremely minimalist set). 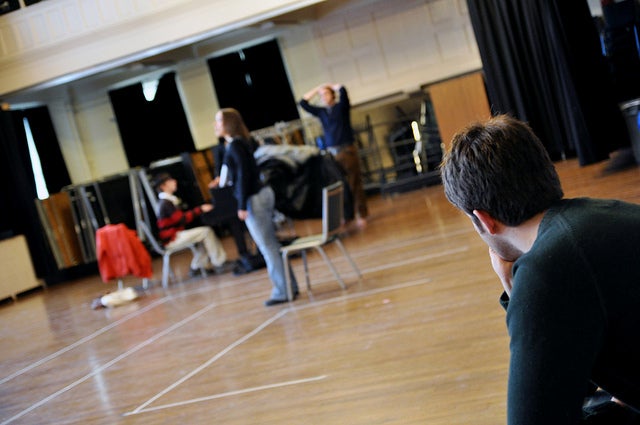 Chad watches the action in a pre-set Wilder Main. Photo by Ma'ayan Plaut.
--

I don't get nervous on stage- it's actually kind of weird. I really can't remember a time in my life when I've suffered from stage fright! It's like I was meant for the stage or something. Trufax, however: theatre kids tend to be a superstitious bunch. I tend to replace pre-show jitters with several strategically performed traditions and - GASP! - nightly routines. A few examples:

There are tons more, but I'm not gonna bore you with those. Join a theatre company and find out for yourself. :D 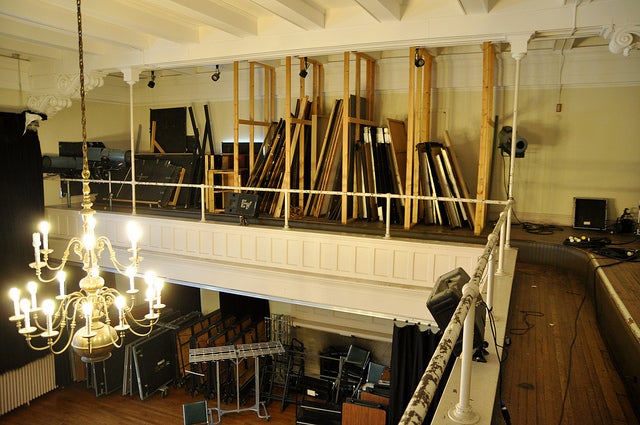 The Wilder Main balcony: performance space doubling as set storage. OMTA: keepin' it classy since...wait, how long have we been around? Lemme check on that. Photo by Ma'ayan Plaut.

We open in three days. I have runs every night until then. I'll be tired, sore, and totally behind in all my classes (shh!)...but I wouldn't give up this experience for the world. I live for this, y'all.

p.s. COME TO MY SHOW! I'll hug you afterward if you do. 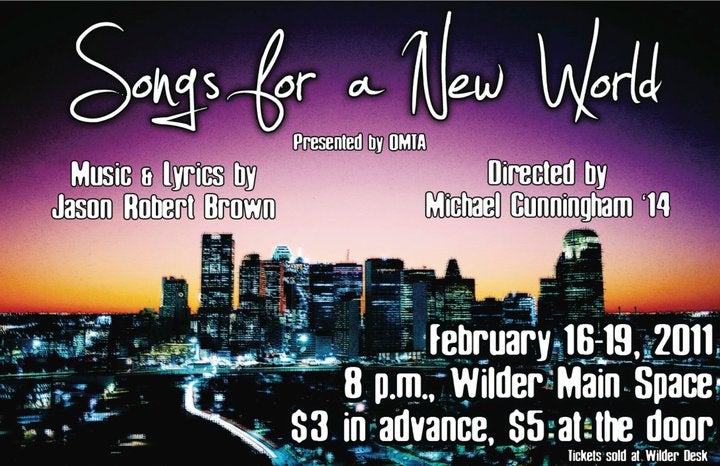 Look at our pretty poster, by Sasha Schechter '12!