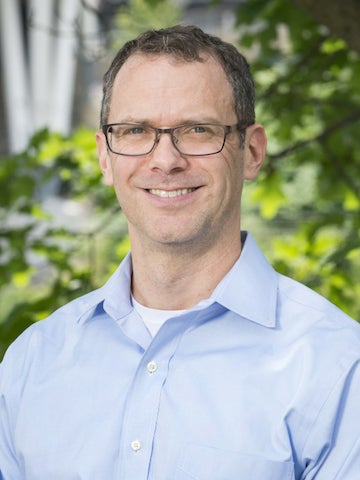 What elements of your personal and professional life would be helpful to you in your service as a trustee?

I have experience working within and leading teams who are engaged in critical decision-making, be it to support robotic space missions, to grow a technology company, or to conceive of and implement academic programs. I believe I can bring to bear what I have learned in these diverse venues as I work within the Oberlin board of trustees. My experience in multiple fields enables me to contribute in an interdisciplinary way; connections and concept that might have otherwise been overlooked will be seen and considered. Additionally, my experience as a member of multiple executive leadership teams and governing bodies has exposed me to the high-level leadership environment, and as such positions me well to serve on the Oberlin Board of Trustees. From a personal perspective, I am eager to give something back to Oberlin and would be more than willing to commit the necessary effort and time; Oberlin helped me come into my own, and so of course I would be eager to return the favor.

What do you spend your time working on and thinking about?

I focus on doing work (both research and personal) that has a real- and near-term possibility of improving the quality of life for others. As such, renewable energy technology is a true passion mine; I have spent nearly all my professional life working with various energy technologies with the belief that working toward a future that uses drastically less carbon-intensive fuels than are in use today is necessary. I focus not only on the technologies that can make this a reality, I also study the policy hurdles and economic challenges that must be addressed before meaningful full-scale progress can be made. The key problems in this field manifest at the systems level while the relevant technical solutions must often be implemented at the device or materials level. With this in mind, I have spent my career doing work and research that spans between these places.

What else do you want your fellow alumni to know about you as they consider how they will vote?

As a simple point of fact, a much larger fraction of Oberlin’s alumni pool (and the board as well) have a background in the humanities, social sciences, or performing arts. A smaller fraction of us hold degrees in the sciences (and fewer yet have transitioned from the sciences to earn higher degrees in an engineering field). As such, a new member with this background (who also has experience in public policy) will increase board diversity while providing deeper support for issues and opportunities that involve the natural sciences.

What attracted you to Oberlin?

I grew up in a house that was full of musicians, artists, scientists and doctors; one of the few pieces of advice my father gave me was "get a good liberal arts education and it will be with you the rest of your life" (which, it turns out, is true). I took this advice to heart. My non-conformist tendencies, love of music (and desire to keep performing), and my desire to major in the sciences led me to shortlist Oberlin early in my college selection process. Once I visited, I was sure that this was the place for me. It felt like home.

What about Oberlin resonates with you today?

Oberlin’s history is more important today than ever. The core values Oberlin has perpetuated since the 1800s—open mindedness, belief in basic human equality, and celebrating creativity and diversity—are deeply needed in today’s culture. The one value that stands out, however, is the concept that things can be different depending on from what perspective they are viewed. As such, before judging/acting on anything, one must seek out multiple angles and perspectives to understand how someone else may be feeling. Public and private discourse badly needs participants that espouse this approach, and Oberlin offers and encourages this.

Tell us of one specific instance in which you wished to understand someone with different values from yours. What happened?

I recently had a long car ride with someone with a very different political perspective than myself. There were initial barriers based on the precept that one of us is "liberal" and the other "conservative."  I explained that, to me, "liberal" is not a set of static beliefs or political dogma but is rather a state of mind that values openness to all possible aspects of a topic, that most issues are nuanced/not absolute, and that common ground can often be found. We started by agreeing on some basic facts around the issues we were discussing; this helped greatly, and we ended up realizing we agreed on much more than one would have imagined.

Service on the Oberlin College Board of Trustees represents a significant commitment of time and effort. What draws you to this service?

Oberlin helped shape me, probably more than any other institution could have based on who I was at the time, and what I sought to see and experience. As such, I have a real sense of appreciation and a strong desire to give back. I want the next generation of students to have the opportunity to experience the Oberlin I did and if being in a position to help with this, I am more than eager and happy to do it. I also believe that, in particular, the natural sciences are important to keep strong at places like Oberlin, and I’m so dedicated to using my experiences in science and engineering to help support and reinforce these aspects of Oberlin.

Share an Oberlin experience that shaped who you are today.

There are many; however, the mentorship and guidance I received from an Oberlin physics professor, John Scofield, helped to define my career. While my technical competency grew enormously as I worked under John, I also came to see that there were many different ways to approach a problem. While John is a physicist, I watched him work with a range of people from other disciplines and learned that thinking holistically, even considering economics and policy, matters greatly even when conducting basic research. This has stayed with me my whole career, which has been defined by a series of positions that leverage the ability to think at the systems level and consider many inputs. My current appointment at Carnegie Mellon in the Department of Engineering and Public Policy is a direct result of my experiences at Oberlin.