Kevin Anderson knows good stories. He is surrounded by them every day in his work at Ideastream , the parent company of Cleveland’s public radio and television stations.

So it was especially instructive when Anderson, Ideastream’s digital projects manager, visited Oberlin students on a Saturday morning in early February for a long-form writing workshop in which he shared insight on developing compelling story angles.

In the world of academic music writing, hooking the reader with captivating prose often takes a backseat to the deep dives into research normally required of the author. Also in academia: The potential audience tends to be rather modest in size compared to those of more public-facing, digitally distributed media.

Not that it always needs to be that way.

“One of my qualms about scholarly writing is that it reaches such a limited audience,” says Julia Harbutt ’20, one of 15 students from the college and conservatory who participated in the workshop.

“Since access to scholarly resources can be so limited, lack of access to this writing can also be divisive,” says Harbutt, who earned a degree in musical studies from the College of Arts and Sciences in May. “Writing a long-form story allowed me to create something more accessible, and I appreciated that chance.”

Anderson’s visit was part of an ongoing collaboration between the conservatory and Ideastream. Conceived in 2019, the partnership teaches Oberlin students about the use and power of public radio and other media in a streaming world, as well as how to communicate their artistic ideas and values to a broader public.

While music schools nationwide are beginning to turn their focus to more public-facing programs, Oberlin Conservatory has a long history of guiding its students to interact with the world beyond campus through popular writing, communication, and community engagement. In recent years, the conservatory has developed curricular opportunities to study music criticism, create music and foster engagement with residents of a local prison , and teach music to children in a northeast Ohio homeless shelter. Those opportunities and others often emerge through the conservatory’s Division of Pedagogy, Advocacy, and Community Engagement (PACE) and are implemented through the steady guidance of faculty members including Jody Kerchner, Jennifer Fraser, Dan Hathaway, and Mike Telin. Outside the curriculum, students who work for the Conservatory Communications Office also host a weekly radio show on campus station WOBC and write for the school’s magazine and website.

The conservatory’s partnership with Ideastream continues the tradition.

“When ideastream President and CEO Kevin Martin approached me with an idea for a potential collaboration, the rich opportunities at hand were immediately apparent,” says Dean of the Conservatory William Quillen. “Engaging with the public and strengthening and inspiring our communities is at the heart of both of our organizations’ missions, and we’re incredibly grateful to everyone at Ideastream for helping create these extraordinary opportunities for our students.” 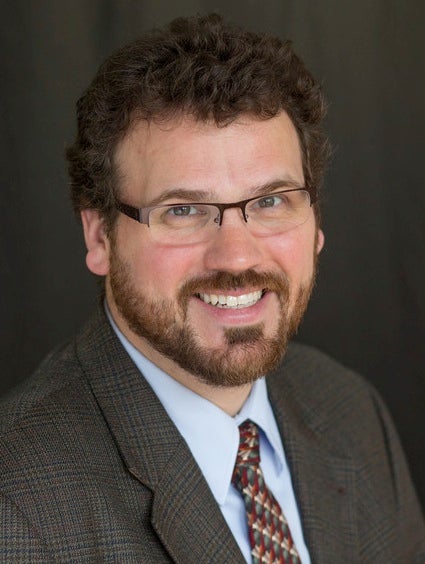 One of the first manifestations of this collaboration occurred during a spring semester seminar on the life and music of composer Ludwig van Beethoven, taught by musicology professor Charles McGuire (pictured right). In recent years, McGuire has begun making some of his own scholarly work public-facing, inspired in part by his participation in a Humanities Writ Large Fellowship at Duke University.

“A continual topic of our conversation was how bad scholars are at communicating with the public,” McGuire says. “Speaking to and writing for the larger, non-academic audience is one way to get the wider population to see the importance of the humanities.”

Upon returning to Oberlin, McGuire began participating in what has come to be called “public musicology”: investigating relationships with area ensembles, writing program notes for the Cleveland Chamber Choir, and presenting pre-concert lectures for Cleveland Opera Theater, the Canton Symphony Orchestra, and other organizations.

“It was natural to take this experience and transmute it into the classroom: To share with my Oberlin students the joy of reaching a public audience,” he says.

Instead of writing term papers for final projects, students in McGuire’s Beethoven seminar attended Anderson’s long-form story workshop and wrote stories—either individually or in groups—on aspects of Beethoven’s music and life. The projects included discussions of the composer’s family, patrons, and purported lovers; his popularity in Europe during his own lifetime; interviews with Oberlin students and members of the Cleveland Orchestra about the importance of Beethoven in their lives; and even an examination of what hip-hop and Beethoven have in common.

Top projects were selected for inclusion on the Ideastream website.

“This collaboration provided a unique opportunity for students to create a digital experience about Beethoven on a platform that was totally new to them,” says Anderson. “They rose to this challenge and wowed me with their innovative spirit. Not only did their projects meet the academic standards of the conservatory—they successfully engaged and enlightened Ideastream’s classical music audience.”

“Conservatories and public-media outlets both are thinking through key ways to broaden their reach and deepen their engagement with the public in an ever-changing world,” says Quillen. “We look forward to developing our partnership with Ideastream and continuing our work together to inspire, enlighten, and engage the public.”

Professor of Musicology Charles McGuire ’92 contributed to the writing of this story. He is a double-degree graduate of the college and conservatory.