Beloved teacher intersected with virtually every Oberlin singer over her 39-year career.

Across an Oberlin career spanning an incredible 39 years, Professor of Voice Daune Mahy has prepared no shortage of young singers for compelling performing careers.

On Sunday, May 12, as Mahy prepares to step away from the conservatory she has called home for half her life, a host of Oberlin singers will honor their mentor and friend in a special concert in Warner Concert Hall.

“Celebrating 39 Years,” a recital in honor of Mahy, will feature performances by two prominent operatic voices, both of them former students of Mahy—and both of them alumnae from Oberlin’s Class of 2002: soprano Marcy Stonikas and mezzo-soprano Elizabeth DeShong. Festivities will also include performances and greetings by fellow conservatory voice faculty and several of Mahy's former students.

The celebration begins at 3 p.m. in Warner Concert Hall (77 W. College St.), with a reception immediately following the program in the Warner Hall Atrium.

“When I think back on all of the people who helped shape me as a young singer, Ms. Mahy is always the first person to come to mind,” says DeShong. “Daune provided me with a solid vocal foundation that set the stage for the rest of my professional career. She corrected what needed to be corrected, gave praise when it was deserved, provided me with a set of personal goals that I should aim to achieve, always made herself available when a specific performance required extra attention, and has continued to be my cheerleader and mentor throughout my professional career.

“This kind of generosity of spirit is nearly impossible to find. She is my teacher, my friend, and my family. Taking part in the recital celebration of Daune’s career at Oberlin is an honor and I wouldn’t consider being anywhere else on May 12.”

A gifted soprano who has performed on stages across America and Europe, Mahy joined the Oberlin voice faculty in 1980, after beginning her teaching career at the University of Nebraska. She earned bachelor's and master's degrees from Westminster Choir College and a doctorate from Indiana University.

In performance, Mahy appeared frequently with opera companies and orchestras across the United States and beyond, among them the Buffalo Philharmonic, Cleveland Chamber Orchestra, Omaha Symphony, the Rome Festival Orchestra, Opus One Chamber Orchestra, the Louisville Bach Society, the St. Louis Municipal Opera, and the Akron Symphony. She made her New York recital debut at Merkin Hall in 1984 and later appeared at Carnegie Hall's Weill Recital Hall. Internationally, she presented recitals in Germany, Spain, and Italy. In 1982 she was the soprano soloist in a nationally syndicated radio broadcast of Britten’s War Requiem, marking the 20th anniversary of that work’s first performance.

For a number of years, Mahy was one-half of the Bell’Arte Duo with fellow Oberlin voice faculty bass-baritone Gerald Crawford. Together they explored repertoire that ranged from pre-Baroque to contemporary.

A beloved teacher of English, French, and German diction in addition to leading private lessons, Mahy earned the reputation of a jovial and supportive presence among students and colleagues.

“Through her work in the voice studio and classroom, Daune has touched every voice major who passed through the conservatory since 1980,” says Salvatore Champagne ’85, Oberlin’s Robert W. Wheeler Professor of Voice, director of the Division of Vocal Studies, and a former first-year voice student at Oberlin when Mahy arrived.

“Even then, her ebullience and enthusiasm for her work and students were remarkable. While at Oberlin, Daune was instrumental in shaping the curriculum and creating the high standards for which the voice department is known.”

Many top students of Mahy gained pivotal training through Oberlin in Italy, a four-week intensive training and immersive Italian-language program held each summer in Tuscany through 2018. Mahy was a co-founder and driving force behind Oberlin in Italy, which throughout its 30 years routinely attracted internationally distinguished artists, teachers, coaches, and others to work with the program’s gifted pre-professional musicians. She also played a major role in the creation of the Vocal Academy for High School Students, an annual summer program at Oberlin. 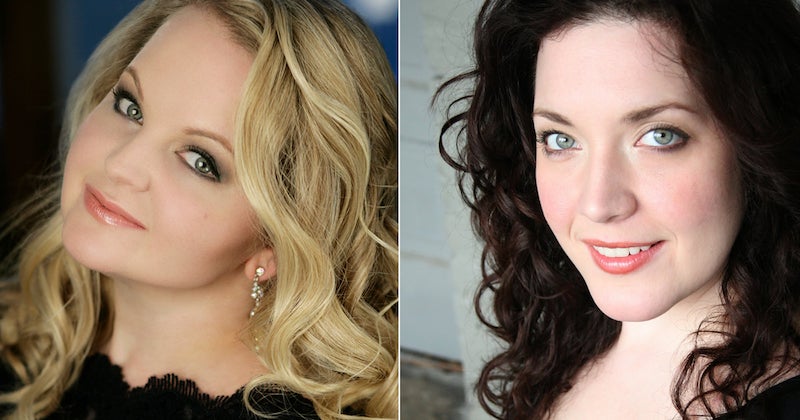 Former Mahy students DeShong and Stonikas both have developed vibrant careers on operatic stages and in recital. Recent engagements for Deshong (pictured left) include Ariel in The Tempest with the Los Angeles Philharmonic, and she will sing the title role in Rinaldo at the Glyndebourne Festival in August before returning to the Metropolitan Opera to play Suzuki in Anthony Minghella's production of Madama Butterfly in October and November.

Stonikas (pictured right) earned acclaim most recently for a pair of 2018 roles with the Seattle Opera, first as the High Priestess in Verdi’s Aïda and later as Miss Jessel in Britten’s The Turn of the Screw. She is currently assistant professor of voice at Florida State University. In 2016 she was the featured guest artist in Richard Strauss’ Four Last Songs with the Oberlin Orchestra at Chicago’s Symphony Center, part of the conservatory’s 150th anniversary celebration.

“I love my studio,” Mahy once said in an interview about her work at Oberlin. “I find it a great challenge to uncover the individual singer. I enjoy the closeness that we develop over four to five years of their time here.”

It’s a love that has resulted in some four decades of close relationships, capped by a celebration that honors each one of them.