In the Oberlin club sports scene, well-known teams like Ultimate Frisbee and rugby get as much attention as some of the Varsity sports on campus. Even though the ice hockey team flies under the radar, the ice is a venue where students, faculty, and staff can interact as equals on a regular basis.

Founded in 1963, ice hockey was cut from the varsity sports program in 1978 and transitioned to a club team a year later. The team, the Plague, continued to practice in the Williams Ice Rink until it was closed in February 2001; without a rink, the team disbanded for a short time while searching for a new practice space. The Plague located a facility in nearby Elyria, which is where they now hold practices two to three times a week throughout most of the academic year.

Despite the changes, the team has stayed together thanks to institutional support, members’ enthusiasm and dedication, and strong leadership. The team’s faculty advisor, Lecturer in Chemistry Cortland Hill ’77, played ice hockey at Oberlin when he was a student. He returned to Oberlin to teach in 2000, and after playing with the team a few times, the club asked him to become the faculty advisor. Don Rothgery, who played ice hockey at Ohio State University and played semi-professionally for three years, has provided the team with more support as a recent addition to the coaching staff, which is already made up of local residents Mario Saponari and Steve Sas.

Complementing this strong leadership is the high skill level and commitment of the players. Numbers have increased as well, allowing for a deeper and more reliable roster.

“The team is very big this year,” notes Hill. “This is the most growth we’ve had. We have close to 50 people on the roster. They’re not all active at once — we have a core group of about 10 to 14 players — but it’s a pretty active group this year.” As a club sport, The Plague is co-ed, and counts students, professors, and even varsity coaches among its members.

A majority of the student players have a hockey background, which reinforces the strength of the team.

“In my family, hockey’s always been really big,” says first-year goalie Manon Hume. “When I did my college search, I knew I wanted to play.”

The club works to provide gear for its players – no easy feat, as ice hockey is one of the most demanding sports when it comes to protective equipment. Aside from skates and sticks, helmets, mouth guards, shoulder and elbow pads, and shin guards are among the essentials for an ice hockey player. Although the sport has a reputation for concussions and missing teeth, The Plague play “non-checking.”

“The Plague only became non-checking three years ago,” says Hill. Since women always play non-checking and the team is co-ed, it made sense to apply the rule to the Plague. In addition, non-checking play is a way to prevent injury for the less-experienced players on the team, men and women alike.

Although the rule has helped increase membership, “playing non-checking doesn’t fly very well with a lot of the teams. About three years ago we played Ohio State University at Newark, and they ended up winning by one goal. They were furious because they said if they were able to check they would have beat us by a bigger margin.”

While the club tries to schedule four games each semester, the emphasis on safety presents a challenge when finding viable opponents. “It’s hard to find college teams to play,” explains Hill. “Either they’re playing at a much higher level than we do, or they don’t want to play non-checking. We’ll play men’s league teams from the area. That way we can find teams that are a really good match to our level, and they also play non-checking.”

For club officer and match coordinator Hannah Golay, a sophomore, this is one of the benefits of playing club ice hockey. “I get off campus more. I get to meet various people outside of Oberlin.”

“Playing on the hockey team as a new faculty member stops me from being cloistered in my department,” says Graham McDougal, an assistant professor of studio art. “Hockey has introduced me to students who come from broad range of academic disciplines. I suppose there are correlations between the art studio and games on the ice, but I'm mostly happy to score a few goals and keep up with the students.”

“The students get exposed to faculty and coaches from the area, and there’s more interaction with people from the community,” Hill agrees. “There’s more community exposure on this team than there is in most sports. It’s a sort of intimate exposure. You practice with them, you play against them.”

“I appreciate [the inclusivity],” says Golay. “I know Cortland and Graham way better than I would just as a student.”

This collaborative attitude permits students from many different athletic backgrounds to try out a new sport. Senior Laurence Ducker, a former competitive speed skater, says, “It's a great way to relieve stress at the end of the week and a great way to get back on the ice and just skate.”

Hill is quick to point out that anyone and everyone is welcome to take part in the team. “The beauty of it is, if you want to learn how to skate, it’s a safe way and it’s very inclusive,” he says. “We have all levels of ability on the team. It’s also, like most things here, very supportive. The really good players try to set up the players that aren’t as skilled and help out the players that have a lot to learn. It’s a wonderful group of people.”

Halfway through the season, the Plague’s record stands at 2-1-0. They will be back in action on February 13th. 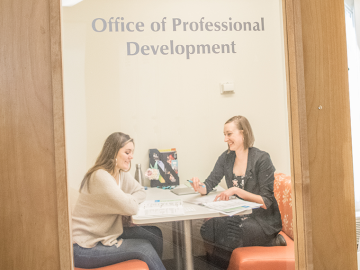 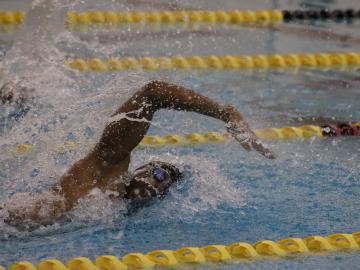 A Welcome Voice for Musicians

Young leaders represent their fellow students’ needs through the Conservatory Council of Students. 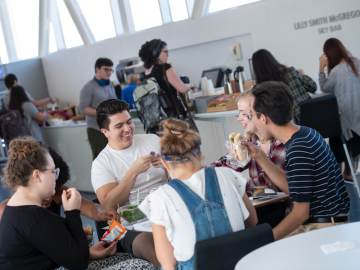