Nicholas Music has always loved winter term in Oberlin. It all began when he dove head-first into the role of Tenor II in Jeremy Beck’s Review during his first winter term on campus. That same month, he landed a starring role in a campus production of Jake Heggie’s one-act opera Again, which tells the off-screen story of Lucille Ball and Desi Arnaz from the iconic I Love Lucy show.

“Taking on the role of Ricky was a huge challenge for me but an extremely valuable part of my education,” Music says. He spent three of the next four January terms on campus participating in Oberlin’s annual winter-term production or preparing a role for the spring opera. Just last year, that project was Angel’s Bone, the Pulitzer Prize-winning opera by Du Yun ’01.

Although he has graduated from Oberlin and is working on his master’s at the University of Michigan, Music still will be on campus this month—this time to prepare for his role as guest soloist with the Oberlin College Choir in Stravinsky’s Les Noces. The ensemble will perform the piece on January 19 at New York’s Carnegie Hall, with a preview performance slated for Oberlin on January 16. 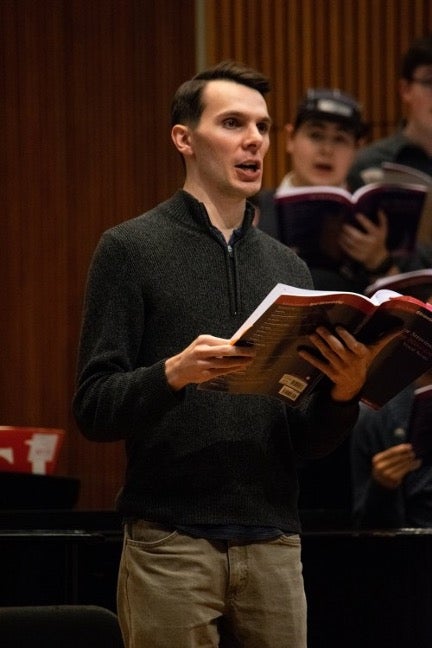 “I consider it an immense privilege to take part in this series of performances culminating in my Carnegie debut!” Music says. “It is an opportunity that I have only dreamed of until now, and it’s even more of a joy that I get to join my friends and peers from Oberlin.”

Singers and instrumentalists of all levels consider Les Noces a tricky piece of repertoire. “This is my first time singing in Russian,” Music says, "and with the pace of the piece, there is no time to second-guess diction.” 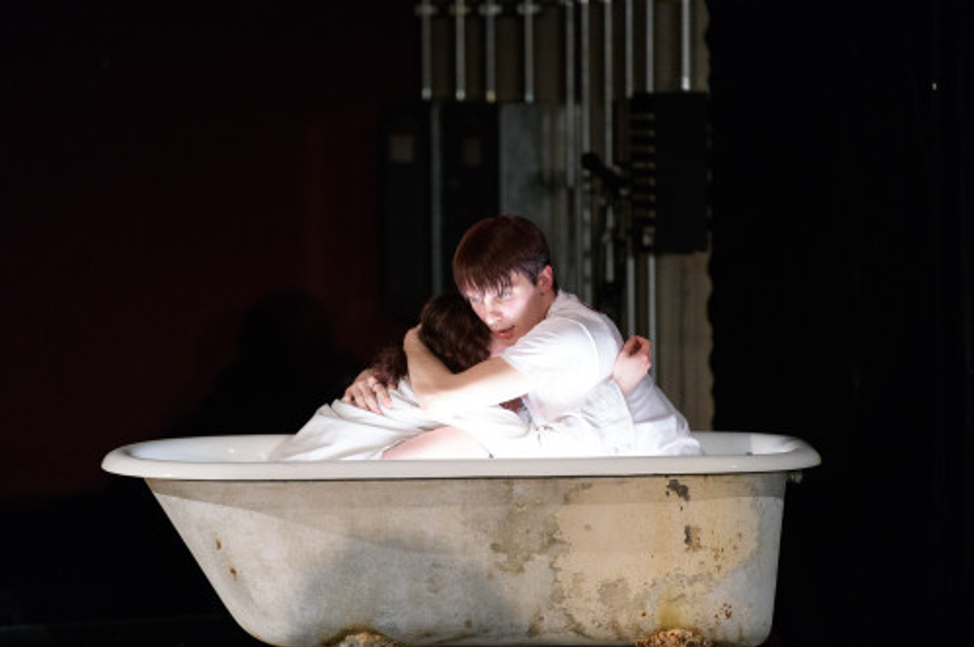 The young singer’s experiences in Oberlin—especially with Du Yun, who visited campus to work with cast members in January 2018—have fueled his ongoing passion for opera. Angel’s Bone had been performed only once before, so with nothing more than an audio recording of the original cast for a compass, Music found portraying the role of Boy Angel a highly creative endeavor.

“Du Yun took time to coach everyone individually and even met with us as a cast to talk about her journey and vision,” he says. “My coaching with Du Yun was not at all what I expected. As classical singers, we aim to sing every pitch and rhythm as accurately as possible…I was surprised to hear from her that the notation in many places was meant to be more of a guide than a mandate.

“Du Yun encouraged me to explore more freedom with the notation and to just feel how the emotional journey of the character motivates the music. I think her work with the cast was something none of us will forget.”