Musician and educator to focus on creation of sound sculptures and wearable listening devices.

Steve Parker, a 2002 graduate of Oberlin College and Conservatory, has been awarded a prestigious Rome Prize and Italian fellowship in design for 2020-21.

Parker is a member of the faculty at the University of Texas at San Antonio, where he directs the trombone studio, Trombone Choir, and New Music Ensemble, and teaches courses in electronic music, sound art, new media, and music business. An avid collaborator in new music circles, he has performed at the Lucerne Festival, the Bang on a Can Marathon, and in numerous other major venues and festivals worldwide. He also serves as curator of SoundSpace, an innovative music series at the Blanton Museum of Art.

Parker’s Rome Prize, awarded for the project “Futurist Opera,” includes a stipend and an opportunity to live and study in Rome for a six-month period slated to begin in January 2021. He plans to create a series of sound sculptures, wearable listening devices, and tactile graphic scores to be used in a new form of opera.

A double-degree graduate in trombone performance and mathematics, Parker arrived in Oberlin with the goal of becoming an orchestral musician, but soon became enamored of opportunities to indulge his interests in computer programming, neural networks, and more.

“Like a lot of Oberlin students, I felt pulled in a lot of different directions,” he says. “Being an orchestral musician was the path that required the least amount of imagination. It offered a clear trajectory, and having a practical plan made a lot of sense as a high-schooler. But eventually I started to think about the skills I had and how I could make a greater impact. 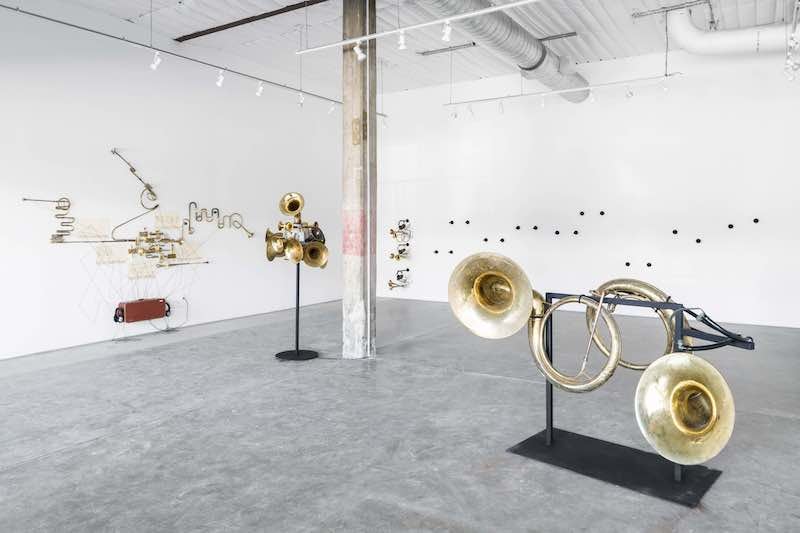 Parker’s recent studies involve research on sound as a weapon and listening as a surveillance tool, as well as the Italian Futurist movement. 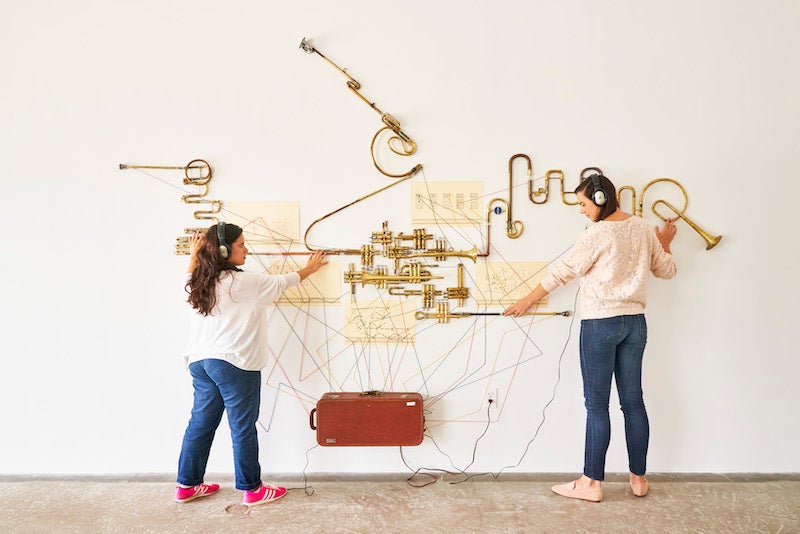 “In Rome, I’ll be continuing that exploration to write an opera—not necessarily an opera in a conventional sense, but an opera in that it involves movement and spectacle that is realized in a gallery context by viewers who interact with objects and devices that facilitate new modes of listening.”

Parker will be joined in Rome by an eager collaborator: his 5-year-old son, Eliot. “He’s my beta-tester!” Parker beams.

The Rome Prize is awarded annually by the American Academy in Rome, the oldest American overseas center for independent study and advanced research in the arts and humanities. In addition to design, it is presented for composition, visual art, architecture, literature, and medieval studies, among other disciplines. Winners of the Rome Prize are determined by independent juries of distinguished artists and scholars. In 2020, a total of 22 Americans were awarded Rome Prizes.