Fifty years ago, visionary Oberlin professors Olly Wilson and John Clough ’53 laid the groundwork for the conservatory’s first courses focusing on the study of electronic and computer music.

They were unprecedented offerings for an undergraduate institution at the time, representing the first crucial steps toward the creation of Oberlin’s Department of Technology in Music and Related Arts, or TIMARA. Two decades later, under the guidance of professor Gary Lee Nelson and with the technical expertise of engineer John Talbert, TIMARA conferred its first degree.

This year, TIMARA is celebrating the 50th anniversary of electronic and computer music at Oberlin with a series of events involving TIMARA devotees near and far, from faculty to alumni to current students, as well as friends of the program.

To coincide with anniversary festivities, TIMARA has launched a $50,000 crowdfunding effort for the establishment of the TIMARA Founders Fund. The first endowed fund in the history of electronic music study at Oberlin, the Founders Fund would support the creation of a pair of awards to be presented annually to outstanding TIMARA students and named in honor of Wilson and Clough. The honors would be conferred at the conservatory’s student awards banquet each spring, beginning in 2020.

While numerous students in TIMARA have been recipients of prestigious honors including Fulbright, Watson, and Marshall fellowships, the newly created prizes would be the first earmarked specifically for TIMARA students. The Founders Fund also would support other TIMARA initiatives designated by the department’s faculty.

Though the crowdfunding campaign formally begins November 15, the fund has been seeded by generous contributions from composer and accordionist Peter Flint, Jr. ’92, Oberlin residents Arlene and Larry Dunn, and TIMARA professor Tom Lopez ’89.

“Part of what made TIMARA special for me was that we were down in the basement together and we were free to experiment,” says Flint, referring to the department’s beloved longtime home on the lower level of Bibbins Hall—a location first scouted by Wilson in the late 1960s. Fueled by his TIMARA studies, Flint began his career in sound engineering and sound design for theater and computer games.

“I’ve not always been directly involved with electronic music since I graduated, but it’s been swinging back again recently, and it makes sense to reconnect at this point,” he says.

For the Dunns, who relocated to Oberlin seven years ago to be close to the bustling new music scene on campus, the gift was inspired by a desire to celebrate their 50th wedding anniversary in ways that would leave an enduring impact. Also this year, they endowed the Northern Ohio Youth Orchestra’s Arlene and Larry Dunn Composer in Residence chair, which will be awarded annually to an Oberlin Conservatory student composer from an underrepresented community.

“Supporting and encouraging the work of new young artists is part of our interest in contemporary music and other art forms,” says Larry Dunn. “It is necessary for human society to have artists who are creating work in the moment, and if we want that to happen, we need to support the young people who are doing that.”

Olly Wilson, a rare composer of color in academia in the 1960s, also knew well the plight of underrepresented populations, and he addressed it frequently through his words and his music. During his stint at Oberlin, which lasted from 1965 to 1970, he played a key role in the establishment of the African American studies curriculum in addition to electronic music. In 1968, Wilson won first prize in the International Electronic Music Competition at Dartmouth College, the first competition ever devoted to electronic music.

A music theorist and composer like Wilson, John Clough was instrumental in obtaining Oberlin’s first synthesizer, tape recorders, and the first computer used for music processing—crucial equipment secured through a $94,100 National Science Foundation grant that was extraordinary not only for its size, but also for its purpose of advancing the study of computer music. During a research year in 1968, Clough developed the composer’s programming language TEMPO and an Interactive Real-Time Music Assembler, or IRMA.

“All of us in TIMARA are so proud to have this opportunity to honor the vision of Olly Wilson and John Clough, as well as the deeply influential mentors who followed them, through the creation of the TIMARA Founders Fund,” says Lopez.

“We are also tremendously grateful to Peter Flint and Arlene and Larry Dunn for committing themselves to securing a bright future for our students. Fifty years after taking root here, TIMARA is an integral program across the college and conservatory, and we look forward to honoring the achievements of outstanding TIMARA students for generations to come.”

The launch of the Founders Fund campaign comes as Lopez and TIMARA mount perhaps the largest on-campus production in the history of the department: the Kaleidosonic Music Festival, a community collaboration that will feature an incredible 500 musicians from the college, conservatory, the city of Oberlin, and beyond over the course of four-plus hours. It takes place starting at 7:30 p.m. Saturday, November 16, in Finney Chapel.

Fittingly, the seemingly endless list of musical collaborators taking part in Kaleidosonic includes Peter Flint and Arlene and Larry Dunn. Flint will perform Precursor, an improvised acoustic/electronic soundscape for accordion and effects pedals. The Dunns will present the world premiere of a work they developed with TIMARA alumnus Kirk Pearson ’17. Olly Wilson: Remixed consists of four movements made up of spoken word—delivered by the Dunns—and fixed media created by Pearson: everything from environmental sounds captured at the Oberlin Arboretum to the voice of Wilson himself. 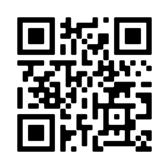 Make contributions of any amount to the TIMARA Founders Fund by visiting the Founders Fund crowdfunding site or by scanning the QR code at right.