I came to Oberlin from rural Indiana without a hint of direction for my academic career, let alone my adult career. My first-year seminar on social class in the politics department changed all that. I became infatuated with social science, particularly the way in which the academic world tries to make sense of the simultaneous decisions of millions of households and the families they represent.

One of the most fascinating academic programs at Oberlin is the Cole Scholars Initiative. Consisting of two seminars during the academic year focused on the social science of political campaigns and a generously funded summer internship with a politician of the student’s choice, the Cole program is an opportunity for Obies from all majors to get their hands dirty in American politics—many for the first time. Across the board, students emerge from the program feeling academically invigorated, and many have a keener sense of personal identity. I am no exception.

I wasn’t familiar with the Cole Scholars program until my sophomore year, when a professor pitched the program during class. The opportunity couldn’t have come at a better time. I eagerly applied for the program, but I wasn’t holding my breath waiting for the acceptance e-mail. With only a dozen or so Cole Scholars competitively selected each year, I assumed my lack of experience in the politics department would prompt my application’s rejection.

But the department must have realized that my budding enthusiasm for the theories behind group decision-making dovetailed perfectly with the question ultimately facing the Cole Initiative and political science in general: why do people vote the way they do? I figured there could be no better way to explore the question more thoroughly than to spend the summer campaigning.

And let me tell you: the summer after being selected as a 2009 Cole Scholar, I did some serious campaigning.

As more of a foot soldier than an intern, I worked more than 60 hours a week in Boston, Massachusetts, making calls, staffing the candidate at fund-raising events, and delivering promotional materials. It was the rainiest, coldest summer in 100 years, but I still canvassed door-to-door until my feet were tender and blistered. The print of Rosie the Riveter pinned to the wall of the campaign office saying, “We can do it!” was always on my mind. But we couldn’t, and we didn’t. Come Election Day, my candidate was unceremoniously and almost risibly trounced.

Needless to say, I think everyone I worked with that summer was disappointed and frustrated once the votes were tallied and my candidate made his teary-eyed concession speech. Amidst the gloominess of it all, I impatiently determined that I hadn’t learned a thing about group decision making.

What could be gained from such abject failure? Along with the other Cole Scholars, I’d spent the previous semester studying the academic literature on big-picture campaign strategy and the role of the mass media in American politics. How was that supposed to help me in Boston, when I ultimately spent the summer canvassing in the rain for a candidate who lost so soundly? I felt like I’d wasted a perfect opportunity to make a difference, and I was bitter. I was merely an expert of East Coast drizzle.

But the more I mulled over my experience, the more I came to understand that my reaction was entirely normal for an academic coming to terms with the sharp difference between theory and reality. Furthermore, the process of accepting failure was the most important development of all. Big essays come and go, but a strong personal identity and critical thinking skills stick around, and I believe those are some of the real building blocks for life after graduation.

Oberlin is dedicated to providing students with opportunities for personal growth partnered with the academic rigor of a top-tier institution. As a high school senior uncertain about the future, I wagered that Oberlin would help me find both a sense of who I am today, and who I will be after graduation. It turns out that was the best bet I ever made. 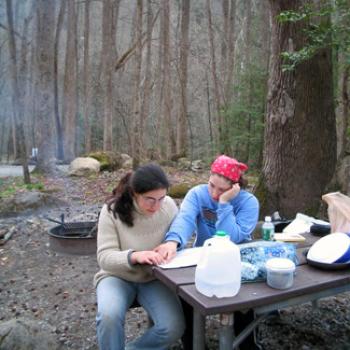 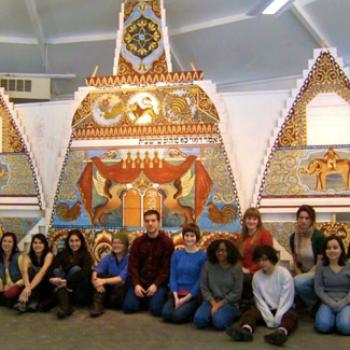