“Teaching in SITES taught me to be patient, creative, and willing to make mistakes. But I became more confident as a teacher every day I saw my students become more confident in their learning.”

It was 1:45 p.m. and my coteacher and I were wrapping up our lesson, but a small boy’s hand made us pause. Proud that he used a new word in the right context, Galen Beebe ’12 turned to him and smiled.

“Yes, Kevyn, Spanish was rapido today. We just were learning and thinking and doing so much that time flew by!”

Kevyn sighed. “But rapido is triste. I wish you could stay longer.”

Twice a week, I teach Spanish to a class of first graders in the local elementary school as part of Spanish in the Elementary Schools (SITES), a community-based learning program uniting Oberlin College and the City of Oberlin. Twice a week, 17 pairs of eyes follow my every move. They stand when I say levantense ; they sing when I say cantamos; and they giggle as I ask for help discerning between different classroom objects.

I started with SITES in my third year in Oberlin. Although I was taking a class in language pedagogy, there was no better way to learn than by doing. In only two weeks, I became a Spanish teacher, supported by a community of people who wanted to help me succeed. I didn’t know what I was doing at first, but I learned quickly. Galen and I developed songs to help our kids learn their numbers, marched around the room to memorize the ABCs, danced to practice naming body parts, and acted out the books we read. Spending an hour with my first graders was often the best part of my week—when else could I regain control of a situation just by redirecting attention to a game of Simon Says?

My coteacher and I conduct the whole class in Spanish. We review old material, teach new concepts, give directions and answer questions entirely in Spanish. It can be challenging trying to explain something to a six year old in their non-native language, but kids have the amazing potential to make connections. We teach math in Spanish, reinforcing their lessons in finding patterns from general studies. We teach cultural lessons in Spanish, describing holidays in the Spanish-speaking world. And we teach communication in Spanish, giving Kevyn a way to express that rapido, a fast lesson, felt triste, or sad.

The lessons I’ve learned have extended beyond that first grade classroom. Teaching in SITES taught me to be patient, creative, and willing to make mistakes. But I became more confident as a teacher every day I saw my students become more confident in their learning. The only thing triste about my SITES kids was having to leave them.

Four months later I found myself in another first grade classroom thousands of miles away in Amman, Jordan. Based on my experiences at Oberlin, I knew I wanted to volunteer in an elementary school during my semester abroad. Late in the afternoon, the kids were starting to get rowdy. They had finished their assignment and were bored, but their teacher wouldn’t be back for another ten minutes and I was still in charge. I took a deep breath, looked at 30 squirming children and knew what to do.

“Simon says everybody up!” 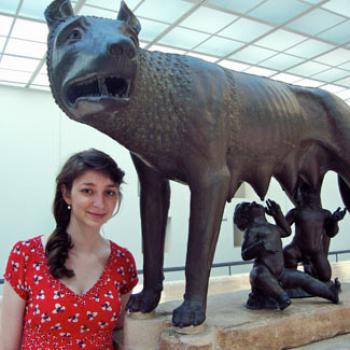 On the integration of classics in her life

“I’ve found beauty and strength in recognizing temporality, which has brought me to understand translation across language and temporal boundaries as a positive and connective process.” 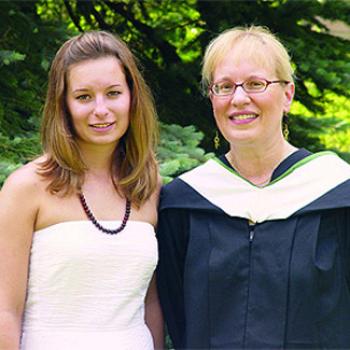 On identifying with her students

“I know many of the students and some of their struggles, in part because their struggles were once my own... But I also know that as these graduates walked off that stage, they felt exultant.” 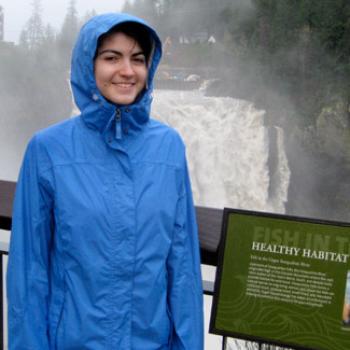 On an interdisciplinary education