“The other students who received a Posse scholarship to go to Oberlin that year were incredible leaders in their communities; I was proud to be included alongside them.”

In the fall of my senior year of high school, my guidance counselor pulled me aside and told me about a scholarship program called Posse, an organization that grants students full-tuition scholarships to a number of colleges and universities around the country. Posse’s name comes from a former public school student who didn’t finish college who once said, “I never would have dropped out if I’d had my posse with me.” The program is, in part, a support system for urban students taking the plunge into higher education out of their home cities. Contrary to popular belief, the students Posse chooses do not have to be students of color or of a particular socioeconomic background— they have to be driven high school kids from Chicago, like me, that the traditional selection process (i.e. getting into college based on standardized test scores and grade point averages) might overlook.

Because of my less-than-stellar academic record and evident passion for an array of activities not directly school-related (I had been part of a pull-out sculpture program, a class in museum curation, had studied improv comedy at Second City, and been part of a teen ensemble at Steppenwolf Theater), I was a potential scholarship candidate. The other students who received Posse scholarships to go to Oberlin that year were incredible leaders in their communities; I was proud to be included alongside them. Our strengths, weaknesses, worries, and achievements balanced one another. We were all going, tuition-free, to a top liberal arts college for four years, but the most important thing was that we were in it together.

Being part of Posse has had its ups and downs. We attended weekly meetings for eight months before we even started college. Once at Oberlin, we had several hourly commitments per week, during which we formed friendships that, after four years together, are akin to sibling relationships. A lot of people on campus, especially our first year, misunderstood what Posse meant, and unfortunately there are still misconceptions and arguments among students and professors in institutions of higher education about who “deserves” merit scholarships. But that’s one of the many reasons Posse is part of Oberlin’s already radical campus: to challenge people with one view of the world to take a look through the lens of another.

One of the most important elements of my scholarship is that the students who receive it are supposed to be each other’s emotional support throughout the four years of getting that undergraduate degree–or as it’s known in our group, “that piece of paper.” Without Posse, a few (if not all) of us would have struggled to stay at a school in a town so different from what we were used to and where we grew up. Posse strives to get a truly diverse group of Chicago teens together, and we were all “diverse” in more ways than the obvious. We’ve taught each other so many things you can’t learn in a classroom, from the ways to frame a question whose answer you can’t guess, to the surprises you find when you put aside assumptions, to understanding the demographics of campus and why certain groups congregate within specific dorms and departments.

People don’t always understand Posse, and they certainly question why a middle-class white girl deserves to be a part of it. For me, it seems wrong to defend what I consider a gift; that would be akin to ingratitude or claiming responsibility in a privilege that was partly luck. The most important thing about my scholarship is not why they chose us, but what we’re able to do because of it.

This year, I am an Academic Ambassador to the class of 2014. I’m tutoring Oberlin public school students as part of the Ninde Scholars program. I get to spend my last year as the student assistant in the Office of Study Away, a great job I’ve had since sophomore year that keeps me in touch with the wide world outside of Ohio. After we graduate, I might head to graduate school or back to Denmark, where I studied last fall. I don’t know exactly where I’m going or what I’m doing after May 2011, but having the financial and social support of Posse will get me further still. It’s like having a strong, discussion-borne wind at your back.

Oberlin is a place where students, prospective and current, are curious about and supportive of the unique circumstances that bring different kinds of people to our campus. Your story is as much about how you got here as where you’re going. 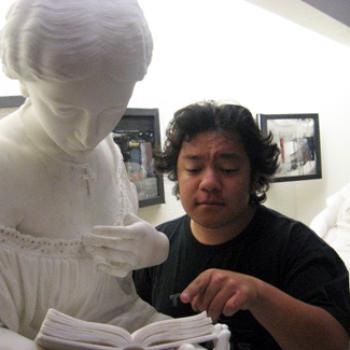 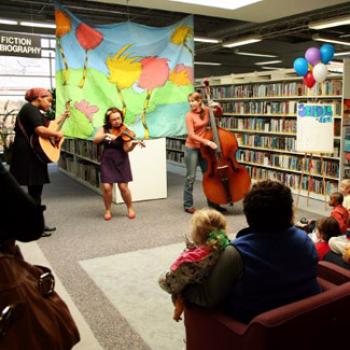 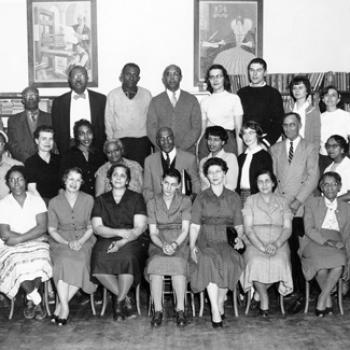